ARA HAKOBYAN: “I HAD THE BEST YEARS OF MY CAREER HERE” 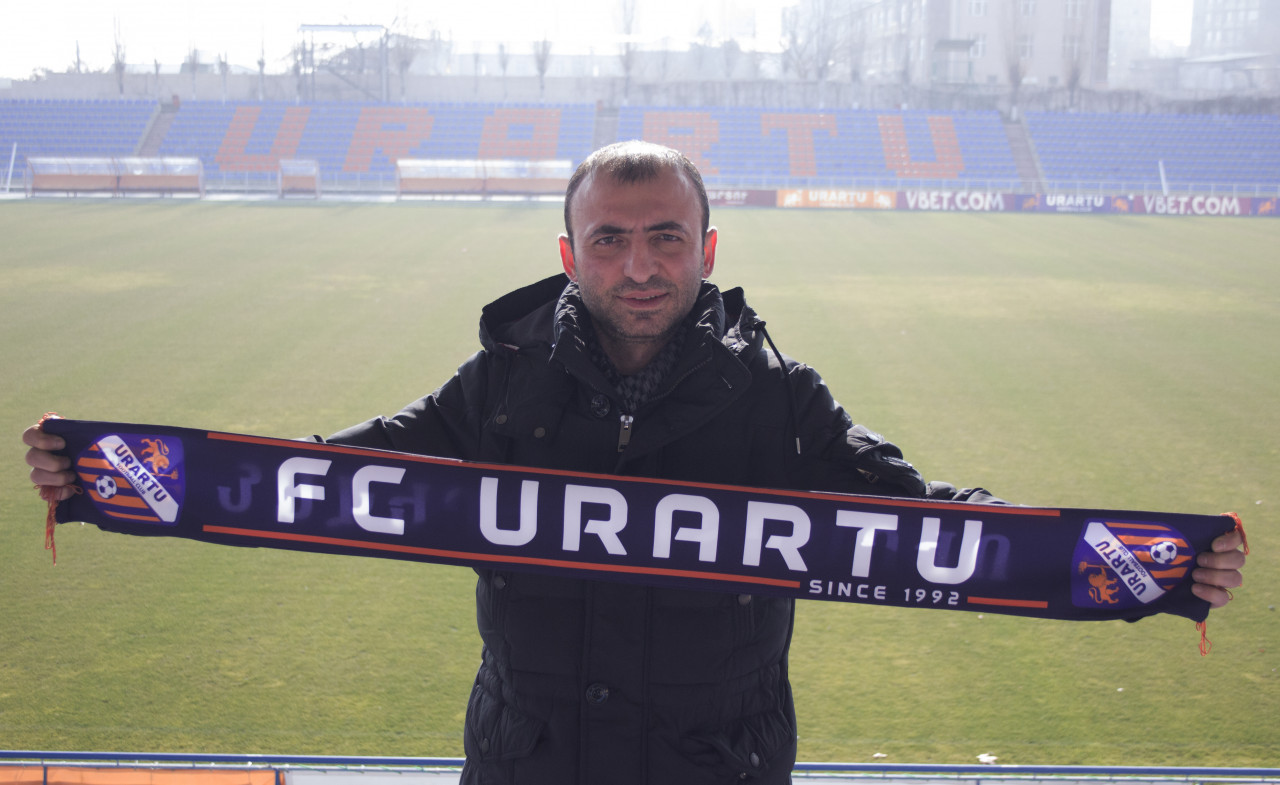 No one has yet managed to score more goals in one season than Ara Hakobyan, even in the entire history of Armenian Championship. In 2003, Ara Hakobyan, as a player of "Banants" FC (now "Urartu"), in 24 games, scored 45 goals, setting a record that has remained unrivaled for 17 years.

This time, in "Personalities" column, we have an interview with Ara Hakobyan.

I COME TO "URARTU" ALWAYS WITH A PLEASURE

- We are glad to see you at "Urartu" again, what feelings do you have?
- Very positive. I remembered again those wonderful years that I spent here. I am always pleased to be in this sports complex. Last time I was here in May last year, I watched the match of the "Banants-2". That's not like I am not informed. I follow the team’s fixtures, I know what changes were both in the club and in the training ground.
- You said that you follow the performances of "Urartu", what can you say about it?
- Of course I follow the "Urartu" matches. How can I not support the club in which I spent the best period of my career. There are high-class players in today's team, but I must say that the result of the team is not very attractive. 8th place definitely does not fit this club. I think that after the defeats in the Europe League the team had a noticeable decline, the guys could not find their game. But nothing has been lost. There are many games ahead. 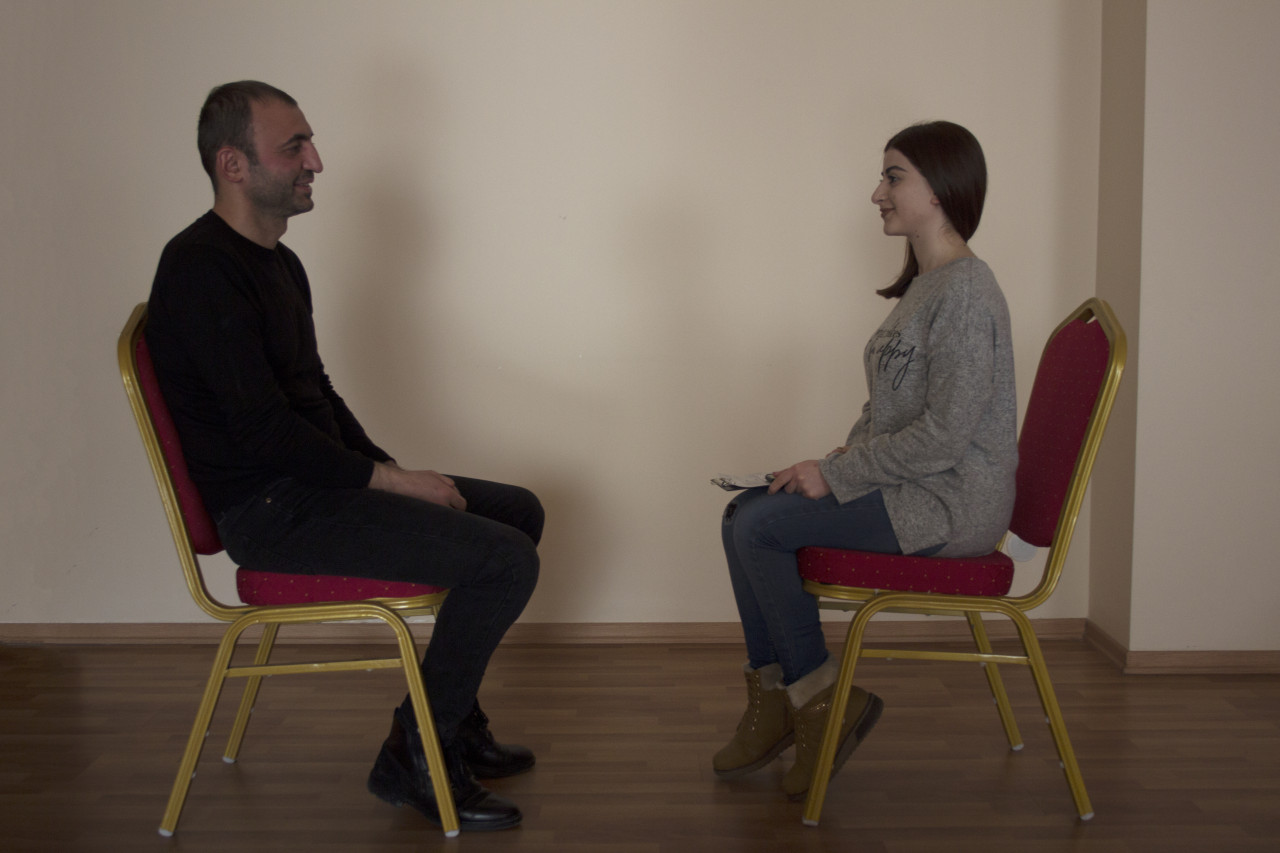 - We know that in recent years you do not live in Armenia. Tell us where you live and what you do?
- Now I live in Moscow, but my work doesn’t refers to football. I still do not work in my favorite specialty. I have a great desire to return to football, but this moment has not yet ripened.

ARAM WAS BETTER THAN ME

- Your brother, Aram Hakobyan, is the head coach of "Urartu-2" today, what can you tell about him?
- I follow his work, and the result will confirm that he is a good coach. He has a great desire to learn and become a coach, and therefore, I am sure that in the future he will achieve great success.
- It was interesting to watch when you and your brother both played in the position of the center forward. Did you easily understand each other on the field?
- I could play only in the position of the central forward, but Aram was universal, he could play on the wings. We understood each other on the field, but this had nothing to do with family ties.
- Which of you was the best striker?
- Aram. He was a smarter player, he could make assists. Honestly, I was a little greedy in scoring situations, probably because I enjoyed the goal scored especially, but our cooperation with Aram didn’t suffer from this.
- In 2003, you and your brother together scored 66 goals. What was it like?
- That season did not start well for me. In the starting match, I received a red card and I had to miss 3 matches, but after I returned to duty and could already score goals. It was a wonderful year for us. True, we did not become champions, took second place, but our team actually showed good football. We had a lot of good players who made a great contribution to every goal scored. It was a flourishing season, and then the team coach was Hovhannes Zanazanyan. I can talk about him for hours. First of all, he was a good friend, a wonderful person and an experienced specialist. His contribution to the development of this club is huge. 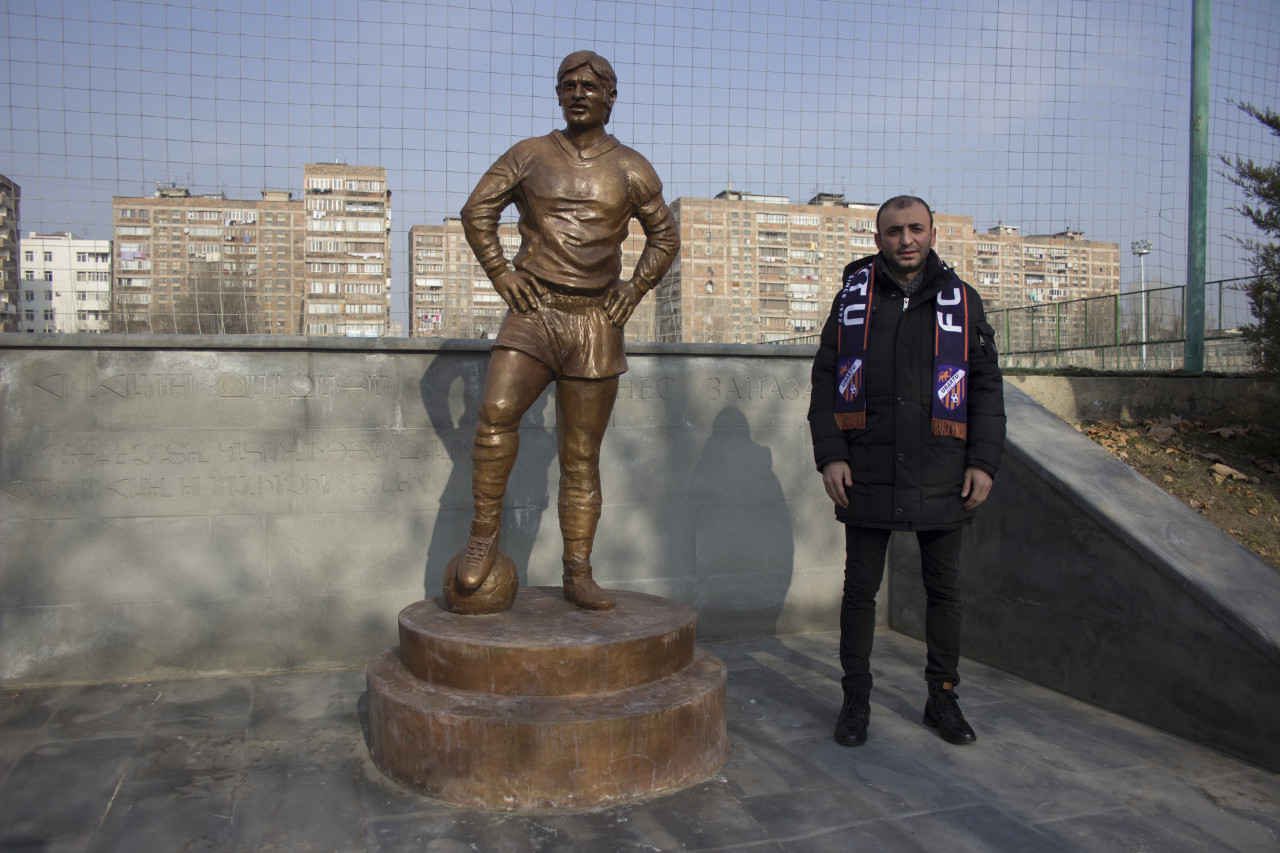 - 45 goals in 24 games - unheard of effectiveness. You could even fight for the "Golden Boot".
- In fact, I was not so close. A goal scored in the European top leagues was considered as two points, and in our Championship the level was low: 1 goal was equal to 1 point. That year Thierry Henry scored 30 goals, and with 60 points won the Golden Boot. I was in the 5th, or 6th place, I do not remember.
- Do you think your result will ever be surpassed?
- I think no, although I really would like for one of the "Urartu" players to be able to achieve and even surpass this result. Recently, poor performance has been noticed. Today, everyone is focused on defense. Although this is only in our country, in the European top leagues, even in Russia, effectiveness only grows over the years.

- After such appearances, many clubs naturally began to be interested in your services.
- You are touching a painful issue, because in those years there was no such football excitement as there is now. Few foreigners were interested in Armenian football, and few knew about such a performance. If it were now, then everything would be louder and, of course, this fact would be interesting for larger clubs. After "Banants" I went to "Metallurg" Donetsk, but I did not immediately sign the contract: I switched and went through about a month and a half of trial. "Metallurg" was a good team for me, my teammates were football players with great experience, such as Yaya Ture and Giorgi Demetradze. Of course, I could play in higher-class clubs, with the help of Arthur Petrosyan I could be in the Swiss "Zurich", but, unfortunately, this did not work. I am also very glad that I played in the national team of Armenia. I scored 7 goals and thus was able to please our people. 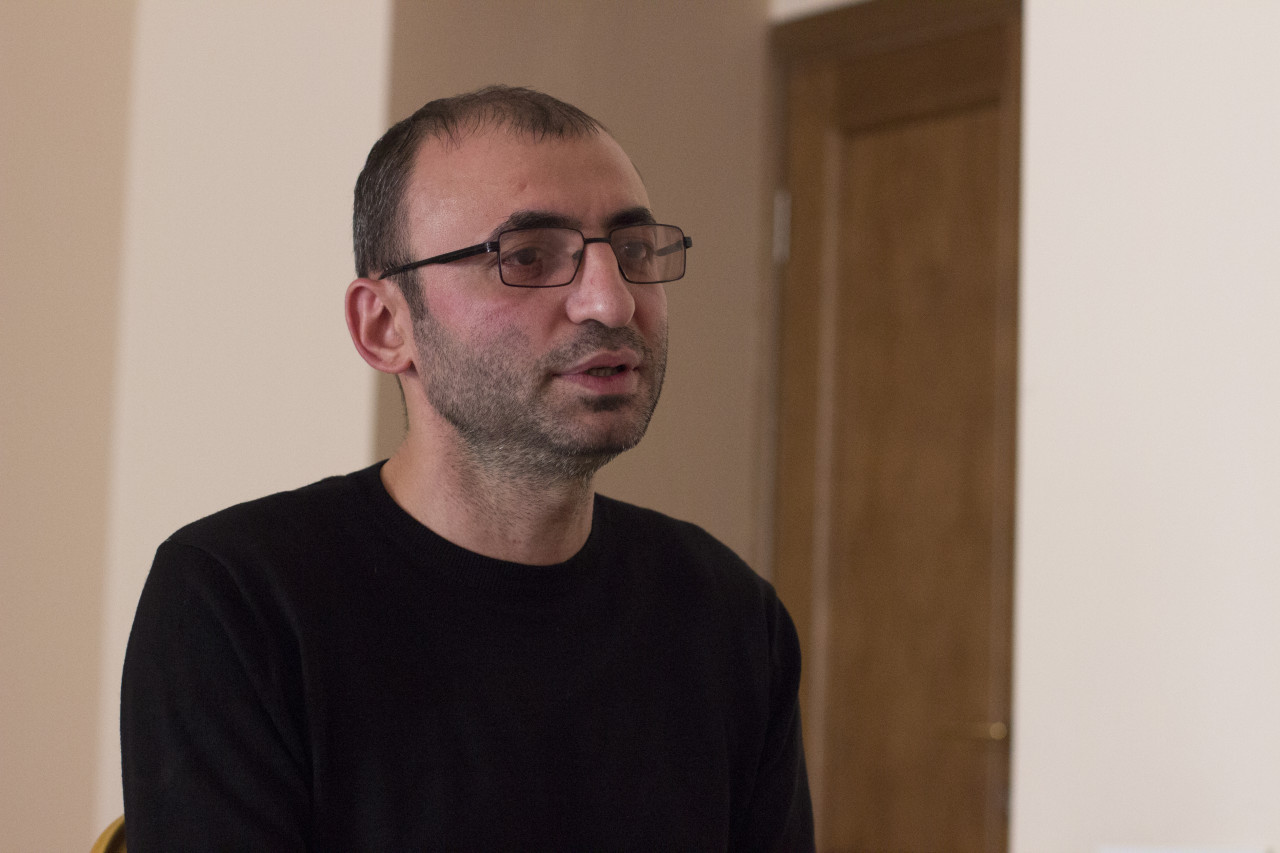 DEDICATE YOURSELF AND WORK HARD, AND YOU WON'T GO UNNOTICED

- You have a fairly rich football history. What advice would you give to those youngsters who are just taking their first steps in football?
- Fight and never give up. Football, and sport in general, is unpredictable. If you choose this path, you must be aware that there will be a lot of injuries, falls and difficult periods, but they should never stop you from reaching your goals. Look ahead, do not despair, do not listen to what they say from the side, believe in your strength and achieve success. Today, the "Urartu" Football Club has all the conditions, it remains only to go out and play football. I say this with all sincerity, because when we were young, there were no such conditions. On the field where we trained, it was hardly possible to find grass, we trained on the asphalt, and when there was a strong wind, then it became generally impossible to train. Even in those conditions, this club could always bring up good players for youth and national teams. Now all the conditions have been created in order to become a good football player. Dedicate yourself to football, work hard and you will definitely not go unnoticed.

Best footballer of the year in Armenia: 2003

Record holder for the number of goals scored per season in the Armenian Championship: (45 goals) 2003