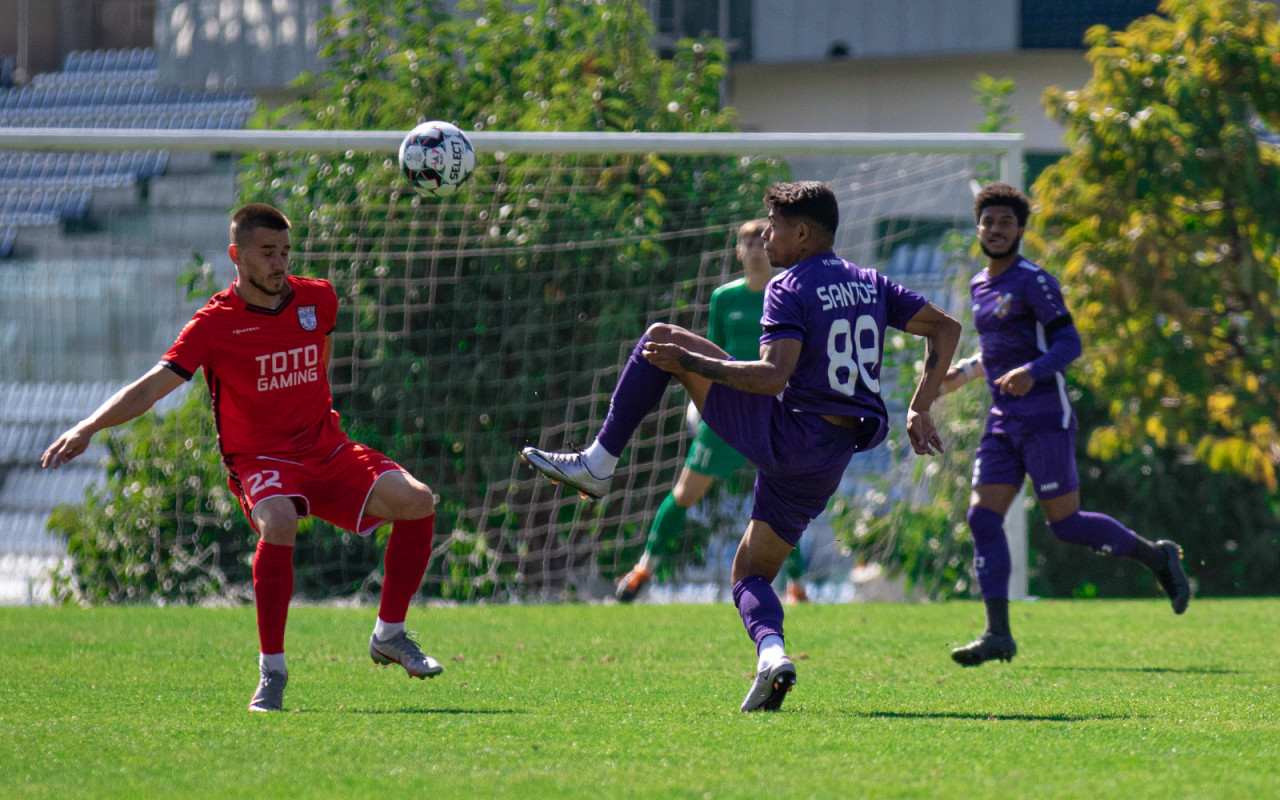 Today Urartu FC played their first friendly fixture of this period against Ararat FC. From the first minutes of the match, Ararat attacked, as a result of which they managed to score an early goal. Mory Kone opened the score in the 6th minute.

As part of Urartu FC Hakob Hakobyan had a good opportunity to excel in the first half, but, unfortunately, his shot was weak. Instead, in the 34th minute, Igor Stanojevic doubled Ararat FC's lead. In the second half, Aleksandr Grigoryan almost completely changed the players. These changes turned out to be effective․ The team's game intensified, and in the 51st minute, substitute Tigran Ayunts scored a goal. In the last minute of the match, Erik Petrosyan had a good chance to score the second goal of the team, but missed from close range.

We'd like to add that the next friendly Urartu FC will play tomorrow, October 11, against the Ararat-Armenia FC. The kick-off at 14:00.