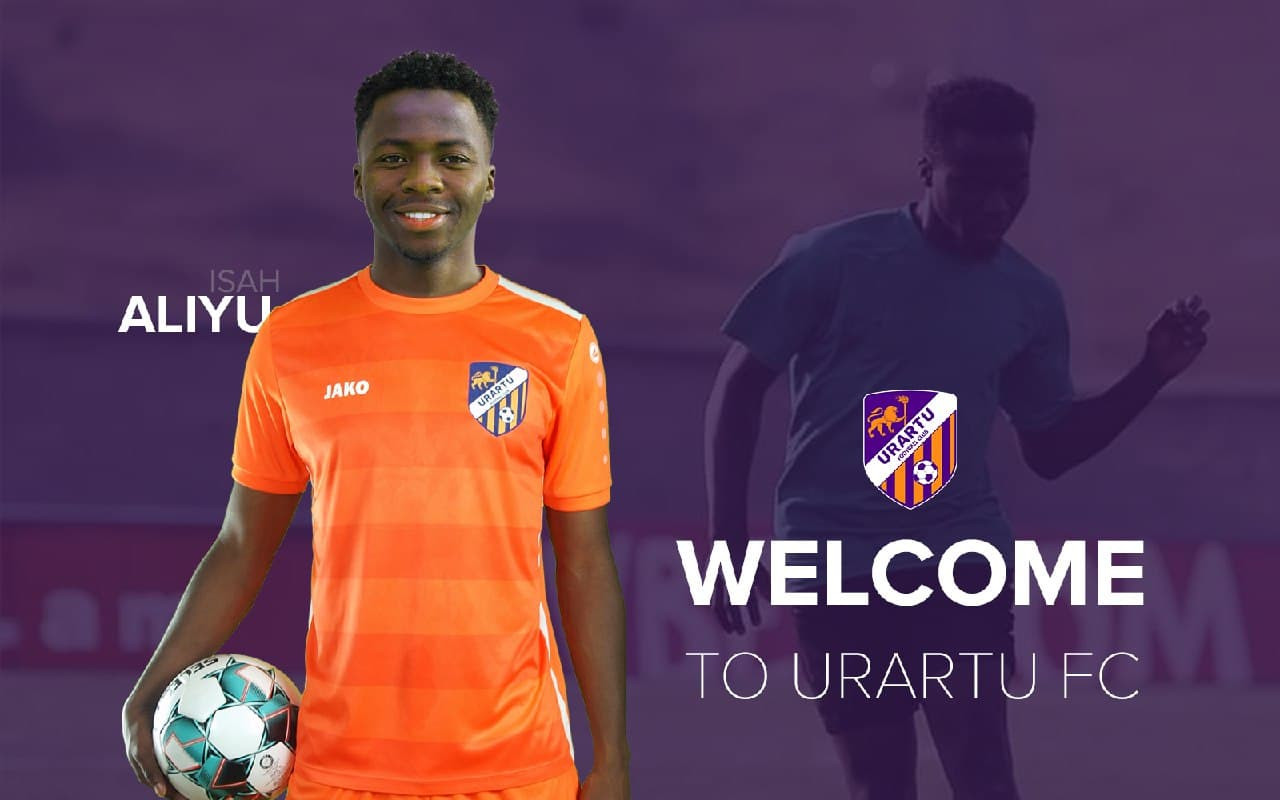 We are happy to announce Urartu Football Club has a new signing. The club has signed a contract with Nigerian attacking midfielder Isah Aliya.

Aliyu has experience of playing in Armenia. He spent two seasons with Lori FC, playing a total of 42 matches and scoring 7 goals. The footballer also played in the Spanish Almeria FC. The last club of the 21-year-old player was the Saudi Al-Shoulla FC.

The move to Urartu FC took place during the transfer window, but problems caused by the documentation and the coronavirus pandemic prevented Aliyu from joining the team. At the moment, he is already training with the team and in the near future may take part in official matches with Urartu FC.

Urartu Football Club congratulates Aliyu on the becoming the member of the club and wishes him successful and effective performances in our team.