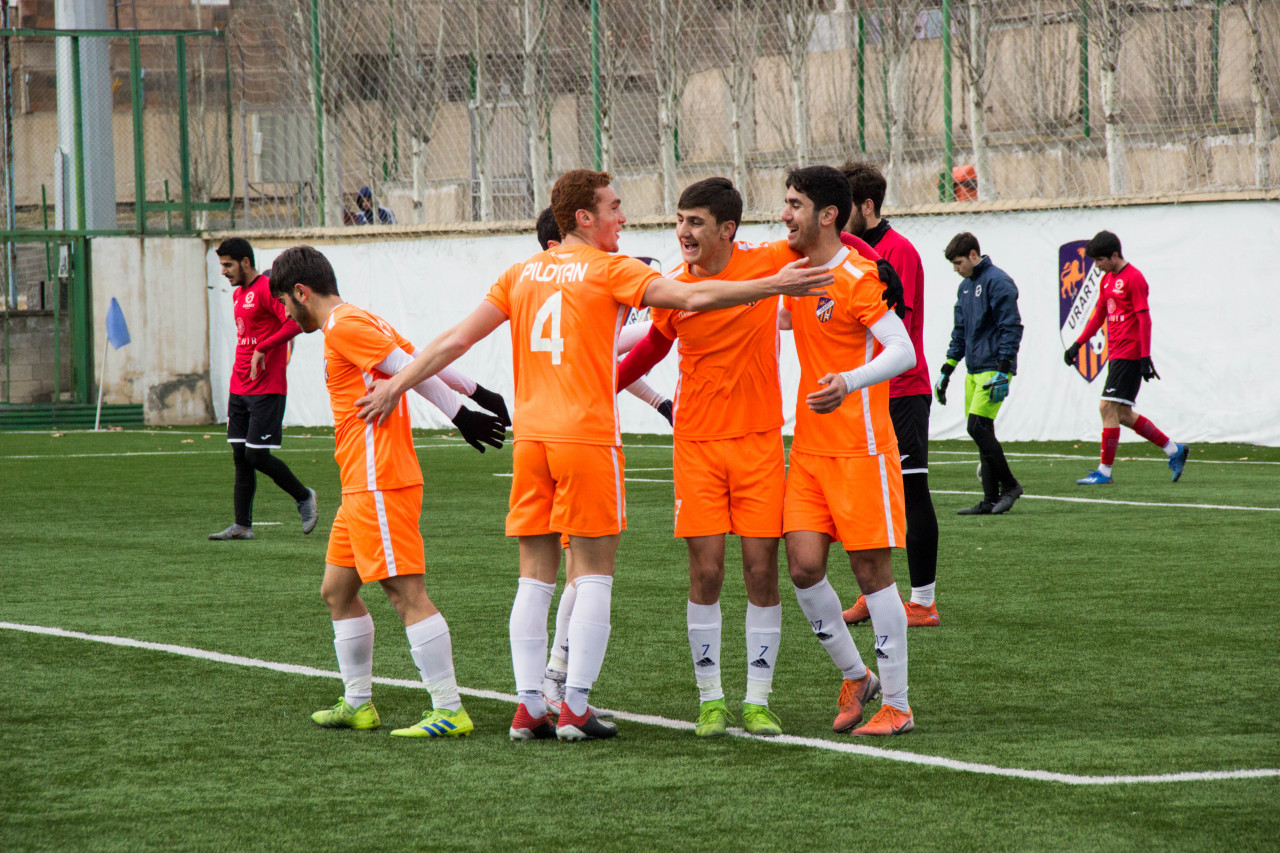 THE CAMP OF "URARTU-2" HAS STARTED

"Urartu-2" is seriously preparing for the start of the continuation of the season. A team led by Aram Hakobyan will hold a training camp from February 10 to 20 at own training ground. During this period, players 5 day will train twice per day.

During the camp, the team will hold one friendly fixture, which will take place on February 14, the opponent will be "Alashkert-2" team.

In a conversation with us, the head coach of the team, Aram Hakobyan, spoke about the details of the training camp:

"Firstly, I want to thank the club for providing such an opportunity. These kind of preparations, of course, help the team improve their physical abilities. Also, both from psychological and functional points of view, this is a very big opportunity to prepare for the continuation of the season".

Then the 40-year-old specialist added: “These trainings are  good reason to unite the players, especially now then we have changes, there are newcomers from the Academy. And for them, this time is needed to fully understand the team and teammates".

In addition, the matches of the Armenian First League will restart on February 28. The first rival of "Urartu-2" will be "Masis" Football Club.