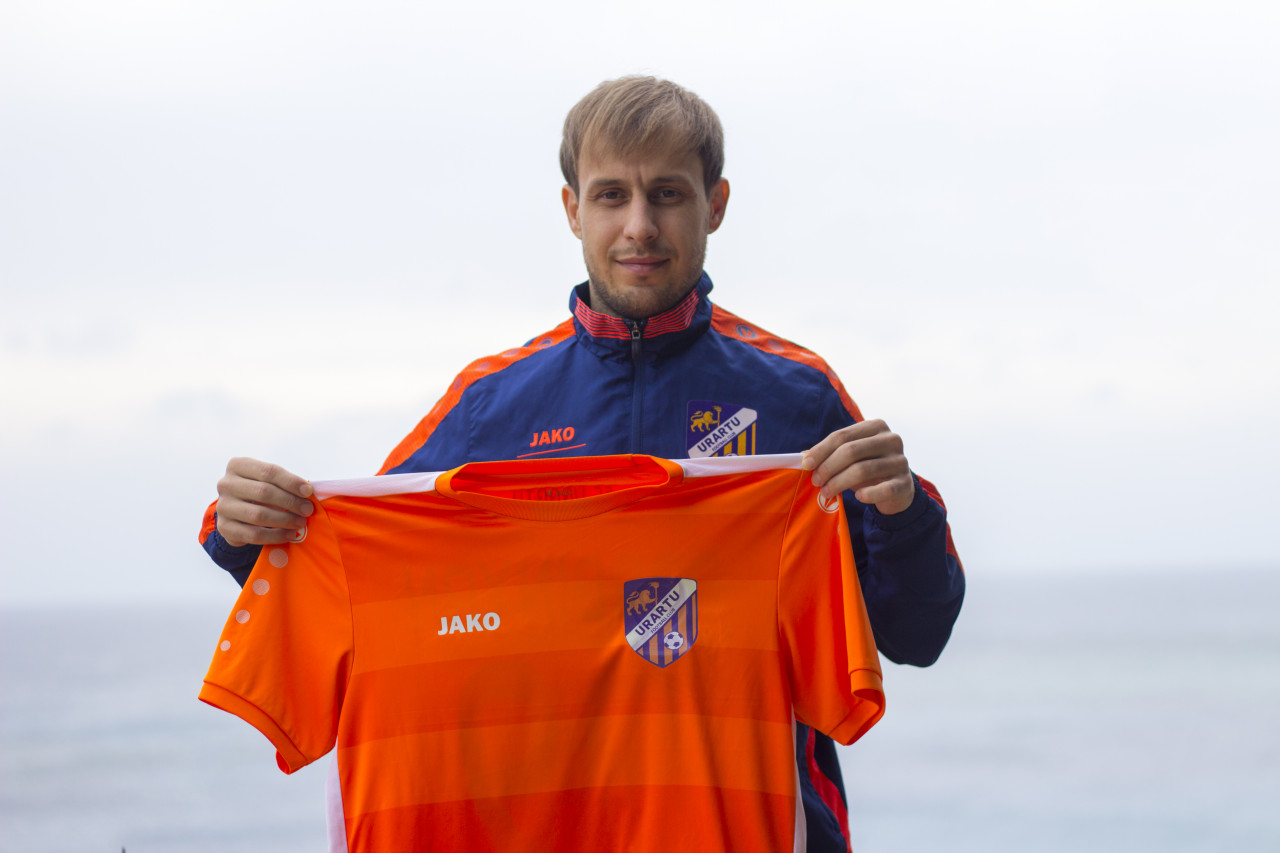 We are happy to inform that the "Urartu" Football Club has a new signing. Due to mutual agreement with the Russian "Armavir" FC, 30-year-old russian forward Igor Paderin joined our club.

Paderin graduated from Russian "Amkar" FC. He played in a number of Russian clubs. He began his professional career in 2008, playing for "Kuzbass" FC. In two seasons Paderin scored 10 goals in 30 matches. Later, the russian striker played in such clubs as "Torpedo", "Kuban", "Tyumen" and "Sochi".

It is noteworthy that Paderin has experience playing in the Armenian club. In 2015, he played in the "Ulisses" FC in the first qualifying round of the Europa League in the match against "Birkirkara" FC, which ended with the score 3-1 in favor of the team from Malta.

Since 2015, Paderin has played in the Russian "Armavir" Football Club. During that time, the Russian forward played in 93 matches and scored 14 goals.

“I have only positive impressions. I know the team because I played against this club many times during the training camps. There are players with whom I even played. I know that the club has high aims. I’ll try to give my best to help the team”, - said the 30-year-old forward in an interview with us.