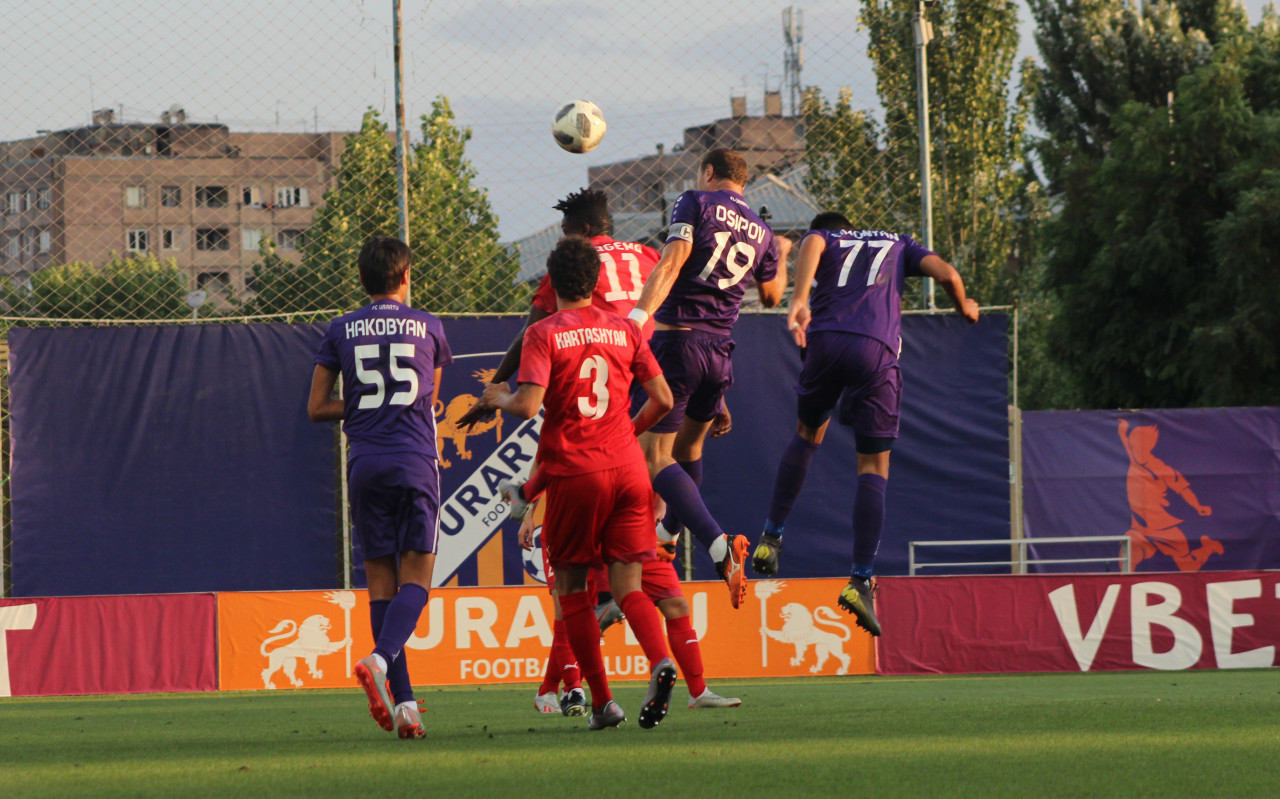 WE FINISH THE SEASON WITH DEFEAT

In the match of the 25th round of the Armenian Premier League, Urartu FC faced against Pyunik FC in their field. The team held the first home game of the season with Pyunik FC, and it turned out that with the same rival Urartu also played its last match.

Unlike the previous match, Grigoryan made significant changes, this time the opportunity to play was given to young football players - Eriк Simonyan and Samvel Hakobyan, who made their debut in the main team of Urartu.

The meeting was started quite actively by the players of Urartu. Wards of Aleksander Grigoryan acted quite aggressively in the attack, creating problems for the defenders of Pyunik FC. In the 19th minute after the corner, Evgeny Osipov won the fight in the air, but his shot was past the gate.

However, before the break, the players of Pyunik FC were able to open an account. Joseph Oma Adah managed to distinguish himself from the multi-way combination: 0-1. Before the break, no new goals were recorded. 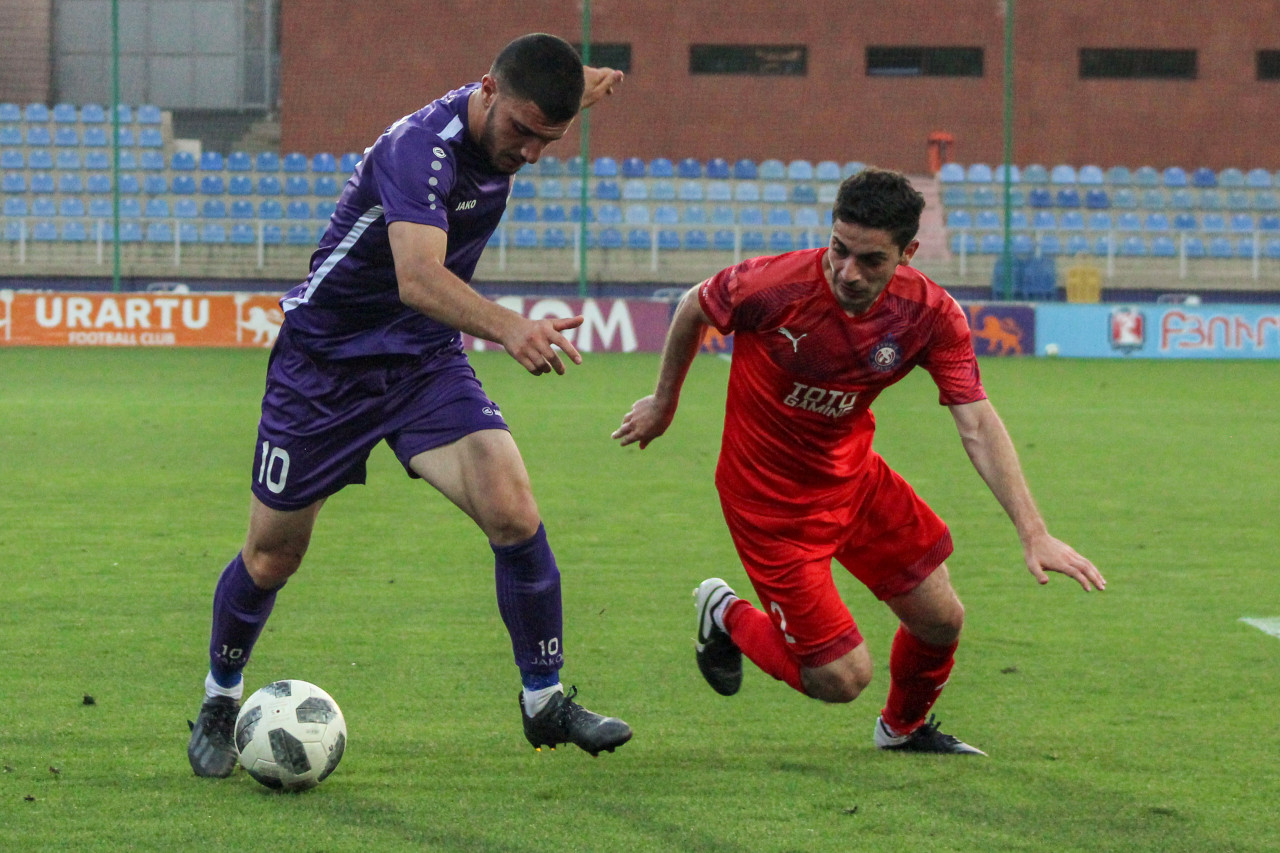 The second half also Urartu FC began quite actively. At the 54th minute of the match, Gevorg Tarakhchyan could become the author of a very beautiful goal, who at about 25 meters sent a ball into the goal of Sugrobov with a cannon strike. The ball was hit by the crossbar. A minute later, the Urartu football players staged a dangerous attack, but this time the goalkeeper saved Pyunik FC from a possible goal.

Urartu tried and did everything to equalize, but there were no new goals scored. Thus, Urartu ends its appearances in the Armenian Premier League in the 2019/20 season.