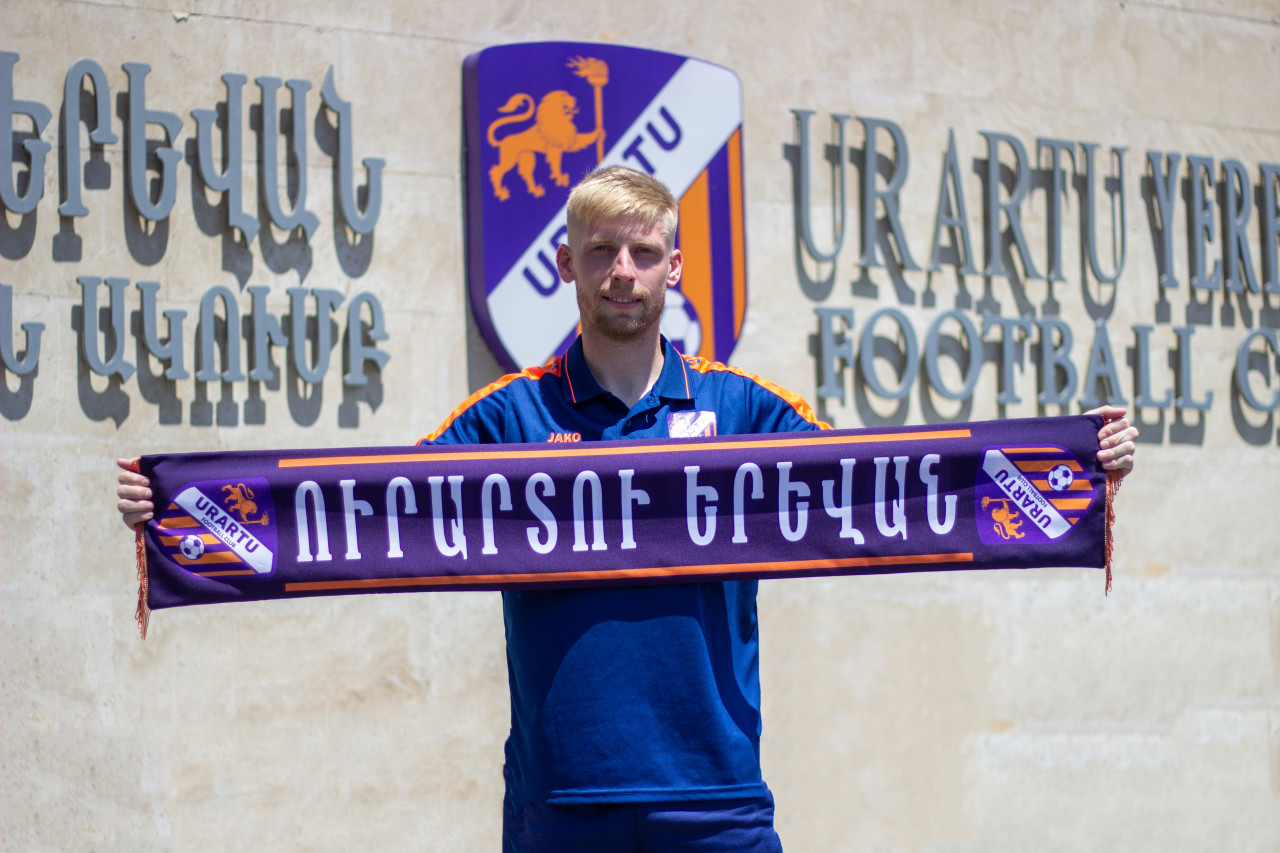 OLEG POLIAKOV: “I AM HAPPY FOR EVERTHING HERE”

In the new season, the first signing of Urartu FC is the 29-year-old midfielder Oleg Poliakov. After signing the contract with the club, we talked with Russian players.

“Impressions are good, positive. I heard about this club because Urartu and my former club Armavir had the same owner. Everything pleases me here. I’ll say about the club’s training ground that it is very good, it has everything: a gym, rehabilitation procedures, a pool. The team met me well, I already know everyone, but I didn’t have time to remember everyone, then we’ll get used to it.

ABOUT THE GOAL AND THE MATCH AGAINST URARTU

“During the training camp, we played a match against Urartu FC, I scored a goal in that fixture. Urartu team was just being built then, the head coach came recently, and now, after having several trainings with the team, I realized that now the level is completely different, the team has added both physically and technically. ”

“I am an attacking player, that is, I can play from the left and right flanks of the midfield, as an attacking midfielder and as a striker. No matter where to play, the main thing is to be productive for the team. ”

“The goal is one, it is not an individual, but a team. We need to win every match and take first place. ”

“I want a lot of fans in the stadium, who will support the team. And we will try to show effective, high-quality football as a team. ”