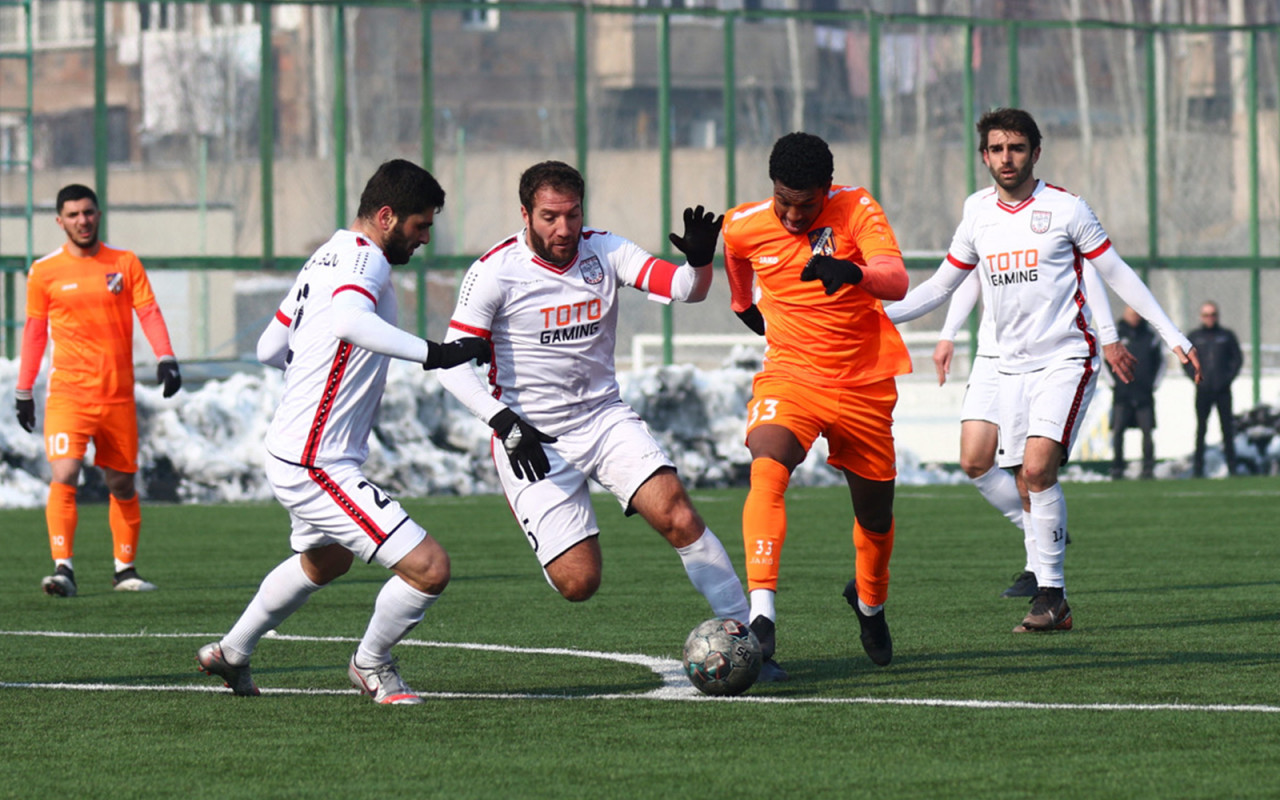 In the second friendly fixture, Urartu FC played draw with Ararat FC (1-1). In Urartu FC the goal was scored by Evgenii Kobzar, and in Ararat FC by Yuri Maghakyan.

Two days after the match with Pyunik FC, Urartu FC hold the second match of this year at home ground. This time the rival was Ararat Yerevan. The game was mostly equal. No goals were scored in the first half, although each side created dangerous moments to open the score. The players of Urartu FC had the most realistic chance to score in the first half, but after a pass from the flank, Jonel Desire missed from a very comfortable position. No goals were scored in the first half, instead the teams exchanged goals early in the second half.

On the 47th minute, Peter Mutumosi, with a pass from the depth, brought Evgenii Kobzar to the shot position, who, having disoriented the opponent's goalkeeper, scored a goal: 1-0. Ten minutes later, the players of Ararat FC equalized the score. After a free-kick, Yuri Maghakyan scored with a head: 1-1. The last part of the match was played with alternating attacks, but no new goals were scored. Urartu - Ararat 1-1.

We'd like to add that the next friendly fixture of Urartu FC will take place on January 28. The rival of Aleksandr Grigoryan's team will be Alashkert FC, the match will be held at the FFA Technical Center-Academy, kick-off at 14:00.