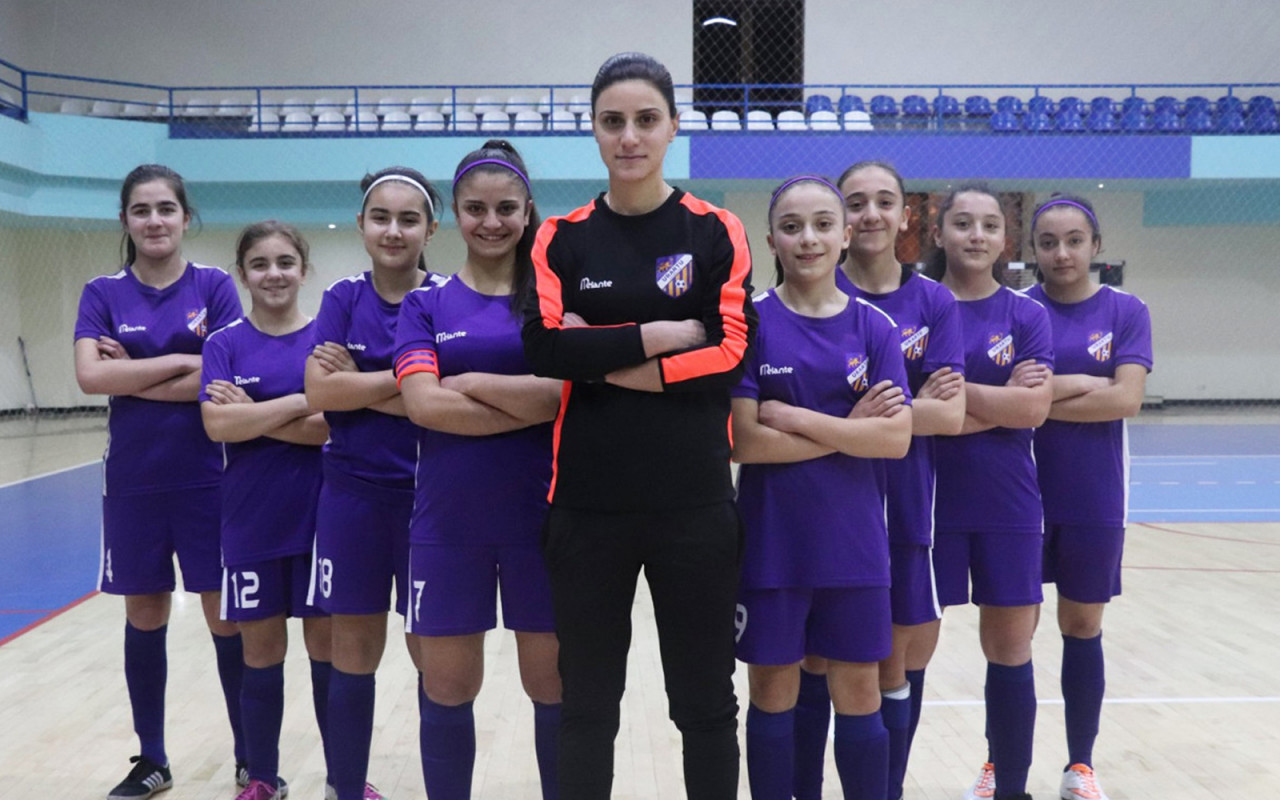 GAYANE AVAGYAN: "WE WILL FIGHT WITH MAXIMUM EXPECTATIONS"

The women's team of Urartu FC, which won the Women's Open Futsal Championship last year, this time will took part at 2 age groups with 3 teams. We talked about the upcoming championship and expectations with the coach of Urartu-Girls team Gayane Avagyan․

IN THIS CHAMPIONSHIP, THEY WILL PLAY WITH 3 TEAMS

“For two years we have been participating in the Women's Open Futsal Championship. Since this year new players joined our team, and many of them are young girls, we decided not to leave them aside and divided the team into three parts according to age groups. Two teams will play in the under 15 age group, and one in the Premier League (over 15).

STARTING WITH VICTORY MOOD
“We will play the first game in the Premier League today, in other groups our teams will enter the fight later. Our opponents included in the Premier League are quite experienced, we know all of them and are well prepared for the fixtures. The girls are in good mood, we hope that the start will be victorious."

A SHORT TIME IS NOT AN OBSTACLE
“Playing in the Premier League with more experienced teams, the level of our girls' performance has grown enough, which in turn helped them to approach the matches with greater responsibility and confidence. This year we worked very hard, there was little time to prepare for the new tournaments, but this does not prevent us from getting in good shape and performing as best as possible."