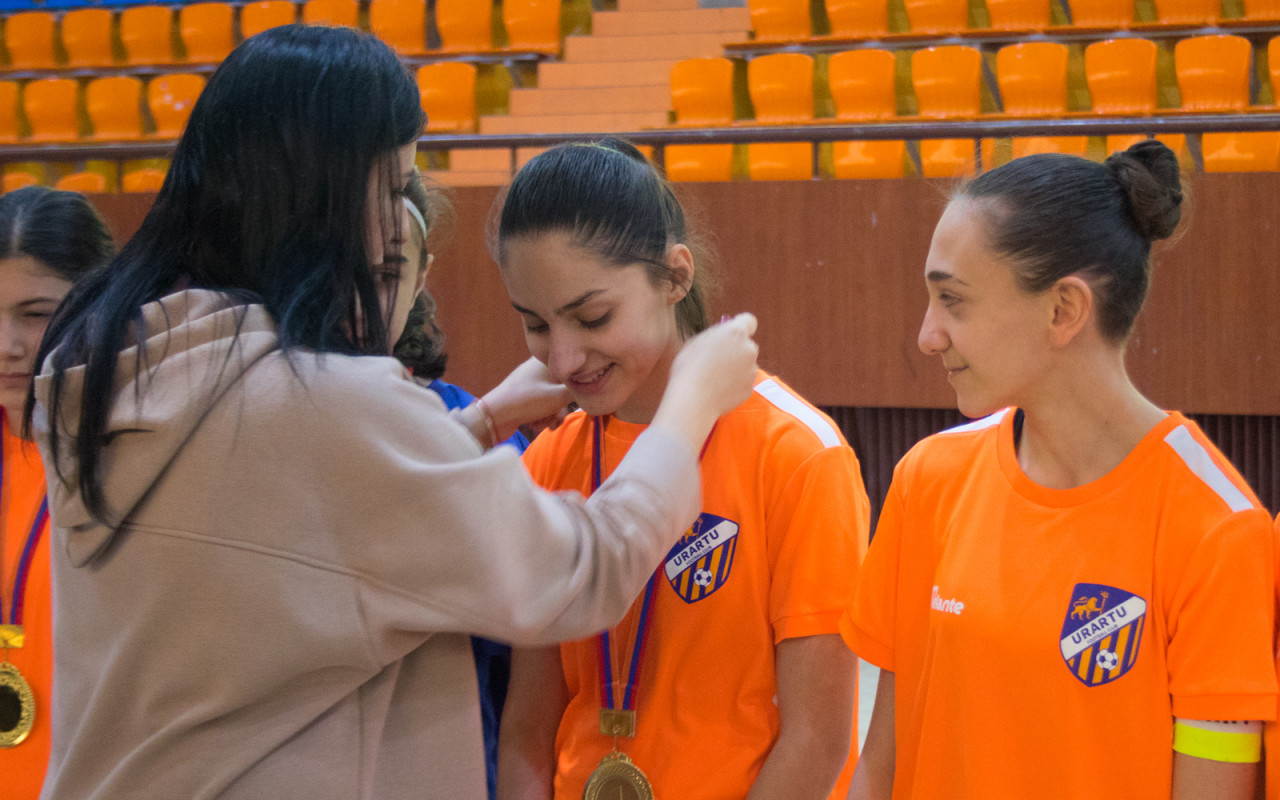 Urartu-girls 2 team recorded an unprecedented result in the Women's Open Futsal Championship. The team scored 85 goals in 6 games, conceding only 4.

In the final our girls faced Nikarm-Girls 1 team and, having scored 8 goals against the rival team, became the winners of U-15 Women's Futsal Championship.