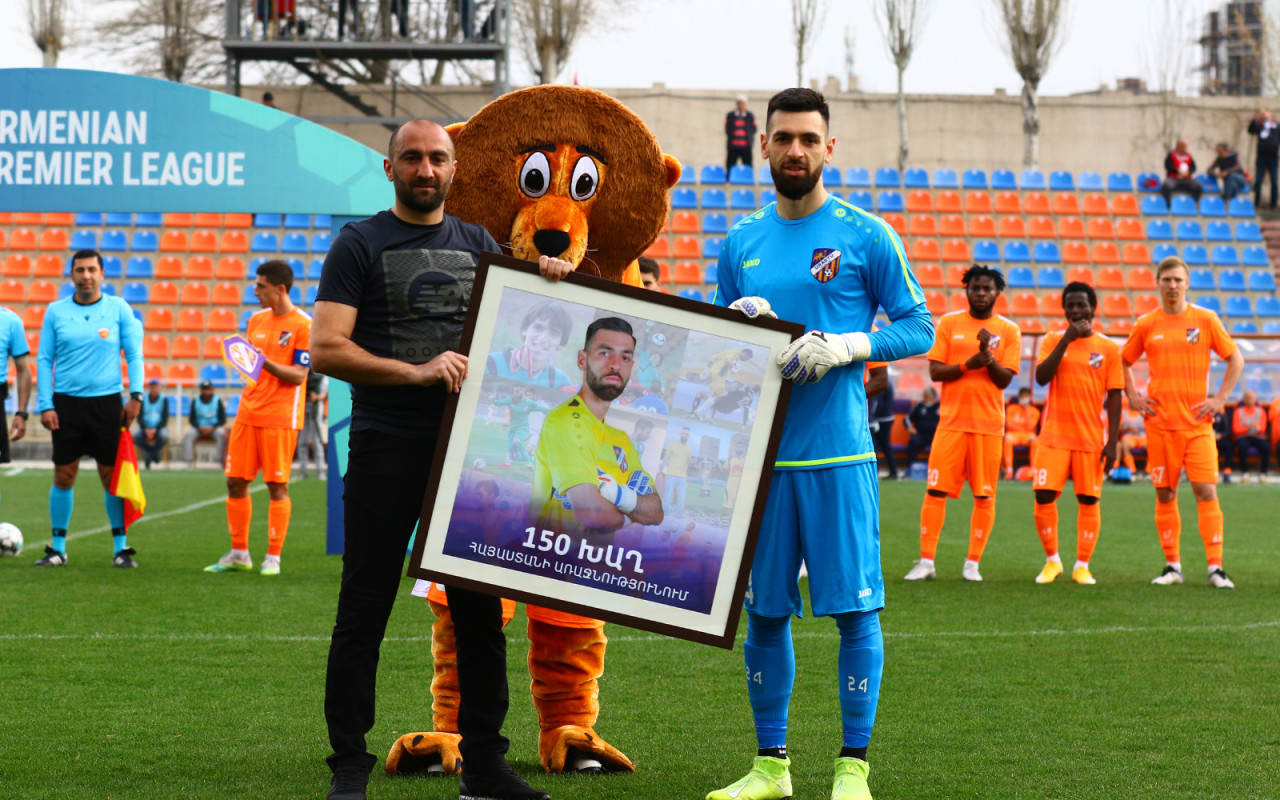 In this regard, before the match, the long-term goalkeeper of Urartu FC Stepan Ghazaryan presented Beglaryan with a symbolic gift.

It is noteworthy that in the match  of 19th round of the VBET Armenian Premier League against Ararat FC, Beglaryan played his 59th clean sheet in the Armenian Championship.

By the way, Beglaryan is the youngest goalkeeper to cross the threshold of 150 matches in the Armenian championship.