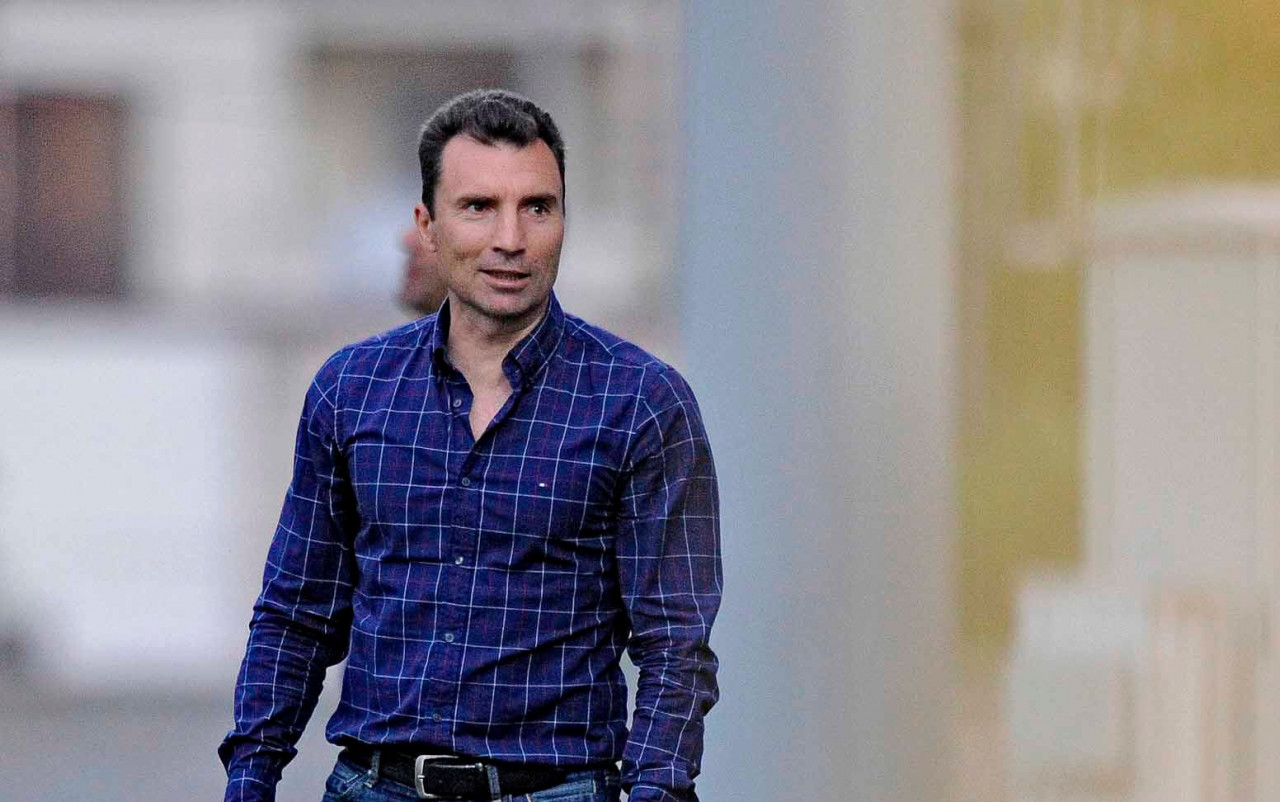 ALEKSANDR GRIGORYAN: "I WANT TO PROVE THAT WE CAN WORK BETTER THAN ANYBODY"

The head coach of Urartu football club Aleksandr Grigoryan gave a big interview in which he mentioned the team’s performances last season, talked about upcoming plans and the changes that the team expects in the near future.

ABOUT POSITIVE MOMENTS OF THE PAST SEASON

“A lot of guys progressed, it’s clear that this is an artificial step to some extent, but for some there was such an opportunity and they played in the main team at the end of the Championship. But we must pay tribute, none of them wavered: someone played 3 matches, someone made his debut. But in this regard, I think we didn’t act for show, not formally, and the guys confirmed that they are already able to play in the Armenian Premier League. Are they able to achieve results? Yet no, but such a large number of local players cannot but rejoice. If we take into account that the main squad of BKMA team is also made up of our graduates, I watched the game between second teams: the central defender, the left defender, two central midfielders, the forward - I liked all these guys. I even asked, if possible, to return the central defender to us, because it seems to me that he is ready to make his debut in the main team.”

WHY URARTU SO EARLY STARTED PREPARATION?

“We started working so hard for one simple reason: we must understand that we may not have time to complete our squad for the first rounds, and then our local guys will have to take a place in the starting line-up and be ready to earn points. It’s no longer just looking decent, but earning points. That is why we have already begun preparations. We began to prepare when others are still not finished playing. In addition, I want us to prove our ability to work better and more than anyone else. Here the keyword is not more, but better - this is the most important for us. After all, we have such conditions how we can not use them?”

“We terminated contracts with 11 players. In their place we plan to take not 11, but 8 players, since we have an academy, and so many foreigners we do not need. We need qualified foreign players, but it is not necessary to have large number of them. We have, of course, limitations in this regard: it’s a pandemic now, it’s difficult to quickly build squad, the next Championship will start a month later, but nevertheless we can and should already invite players stronger than those that we had. Who remained in our club Evgenii Kobzar, who fulfilled expectations; Peter Mutumosi, who revealed during this period, and became one of the most powerful defenders in our Championship; and Evgeny Osipov, who fully confirmed his leadership qualities. Actually, of the foreigners, this is all we have left, that is, we will build the team again.”

“I think this is a big positive, because he, being a football player, helped me a lot, especially his quick translation on the field. It is understood by all players, because the players have a common language in English and it is equally bad for everyone. And he combines all the dialects and accents of the English language and quickly makes a translation. Plus, he understands football well, and, of course, is a man loyal to the club. Probably the time has come for him, too, to build a coaching career.”

ABOUT RECENT EVENTS AROUND THE FIRST LEAGUE CHAMPIONSHIP

“The First League is now in some kind of knockdown, collapse, but I think this is a great achievement of the Football Federation of Armenia, because they found courage and, having finished the Championship in the First League, put an end to the disgrace that was going on there. They found courage and blocked the road for this unscrupulousness that was happening, I mean the match fixings. There was no need to be afraid to do it. The main thing is that people who have shown interest in Armenian football, having made themselves teams openly to earn money, who have turned football into such a dirty business, I think they should bear criminal responsibility. You can not stop on half measures. This decision is a great victory and achievement of Armenian football this season.”

ABOUT THE FORMAT OF THE NEW CHAMPIONSHIP

“To hold the Championship in 4 rounds is just right, but a lot considering the pandemic. We must understand that it will not end either tomorrow or the day after tomorrow. And we must understand that clubs will still have problems. In Belarus, the whole team fell ill and what to do in this situation? Therefore, the ideal option is all the same in 3 rounds, because there is time for building a microcycle: this is how you can train and play. This is the best option for the Armenian Championship.”

ABOUT THE CURRENT CHAMPIONSHIP OF ARMENIA

“Take Alashkert team, see how many not only Brazilians, but also other legionnaires, what a huge number of skilled players, are also in Ararat-Armenia FC. Players of a very decent level began to appear in the Armenian Championship. Due to their individual qualities, they improve the quality of football. But Noah FC, betting on the players who went through the FNL, did not lose, because in Russia the guys are used to enduring terrible flights, they are used to working at a high pace, working for the team, they are used to understanding that the interests of the team are higher than their own interests. And now the young coach with this new team, no matter how they play (Ed.: An interview was taken before the Cup final), already made a shock in Armenian football today, and showed that you with your skill, players who came here only to earn money, can show beautiful football, but we will beat you. And I want to do the same.”