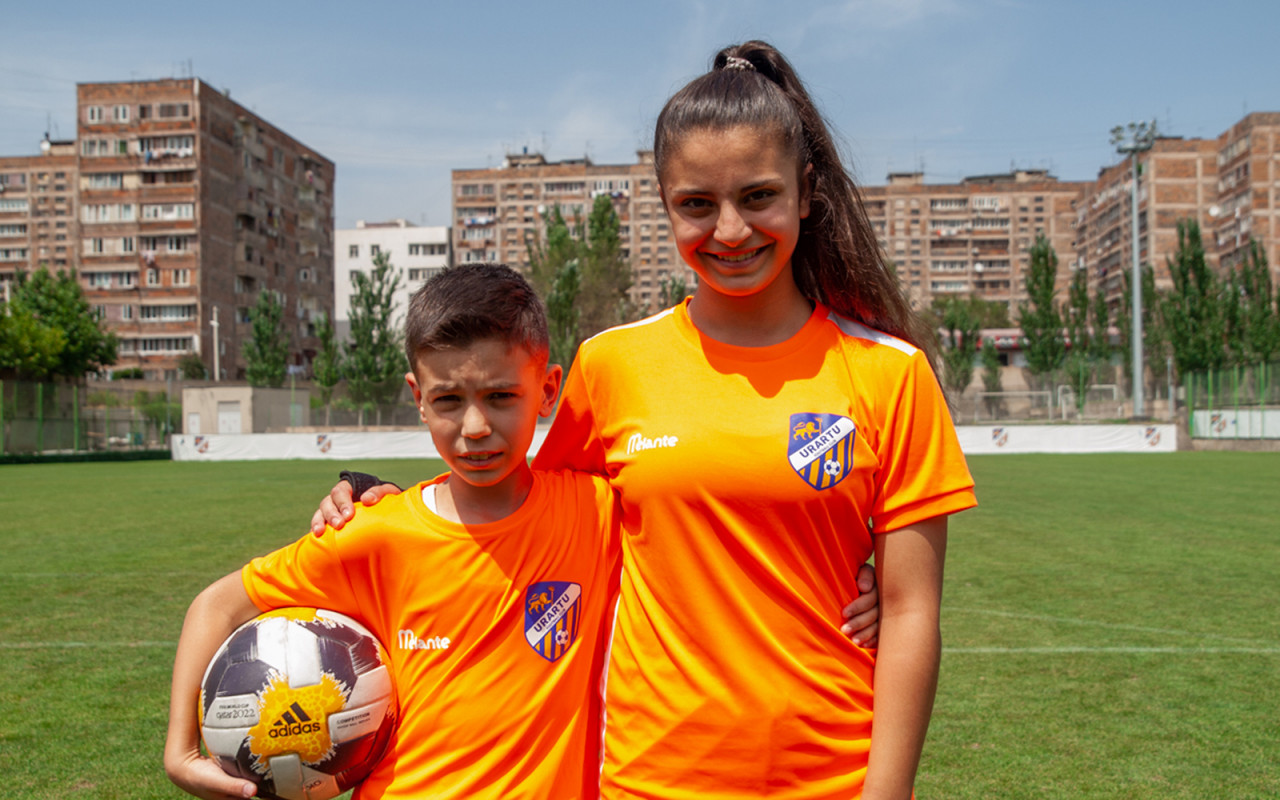 BROTHER AND SISTER SARGSYAN: ON THE WAY FOR CREATING A FOOTBALL CAREER

Emmy and Edgar Sargsyan have found their preferences since childhood. They are very different in character, but both of them are attracted by one thing from an early age, it is a football. The biggest controversy also concerns football, especially while watching El Clásico. The Sargsyans have been playing at the Urartu Academy for two years. Edgar is in Urartu-3-2009 team, and Emmy is the captain of Urartu-girls team. We spoke with Emmy and Edgar:

FAVORITE ACTIVITY AS A PROFESSION

Before moving to Urartu, Emmy played football on her own and didn't even think that it would ever be possible to create a women's team in any of the Armenian clubs. Maybe, nothing would be changed if Banants Football Club (now Urartu) had not announced the recruitment of girls in 2018: 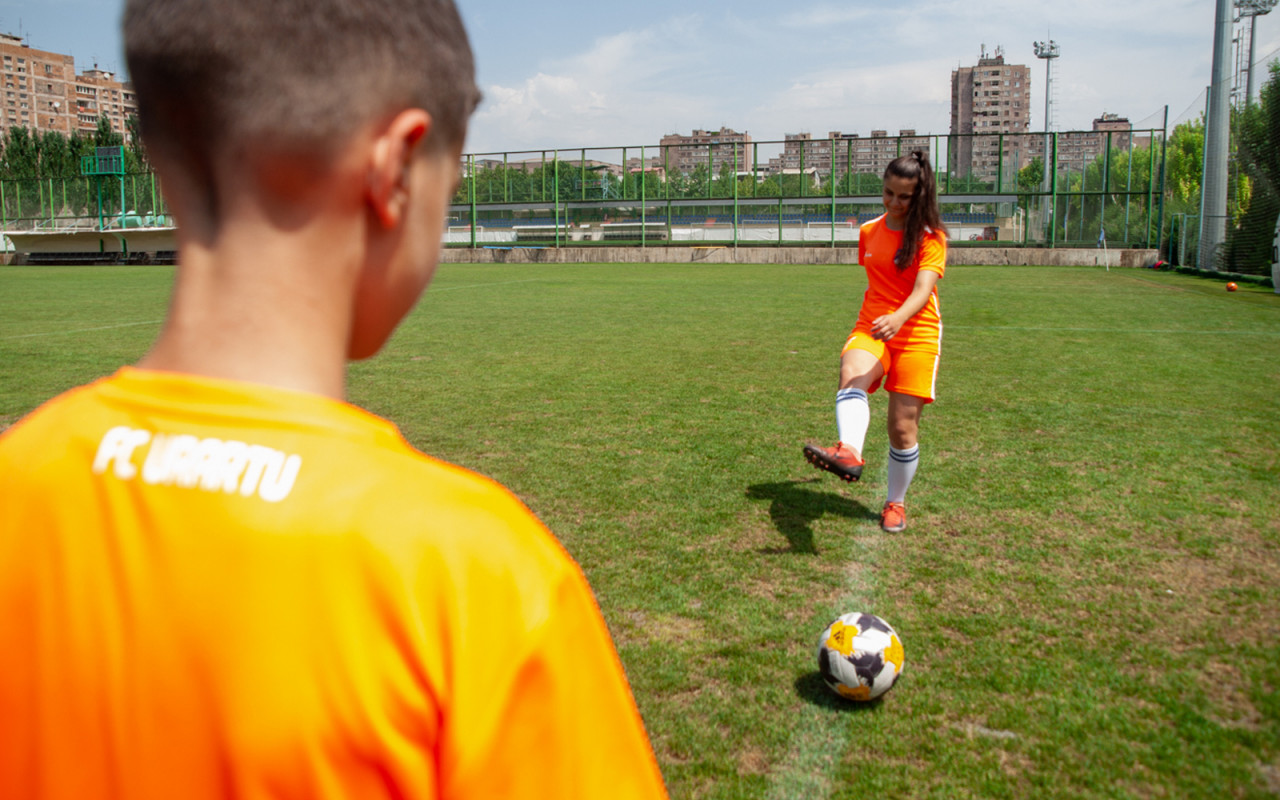 “At that time I was in the 8th class, I remember my physical education teacher posted an advertisement in the school about the recruitment of girls to the women's team Urartu. Then a football match was organized between different schools, I was the only girl from our school team, our current coach Knarik Grigoryan was also present at this game, and then it turned out that I followed in the steps of this announcement and applied to the academy."

For Emmy, it was the perfect opportunity to take her passion more seriously. At that time, her brother was already training in another club, Pyunik, but in order for the brother and sister to be together, he also moved to Urartu.

As in many families, so in the case of the Sargsyan family, Emmy's parents were against her decision to attend football. "Football is not for girls," they insisted, but Emmy did not give up and continued to convince her parents. The efforts gave the desired result: 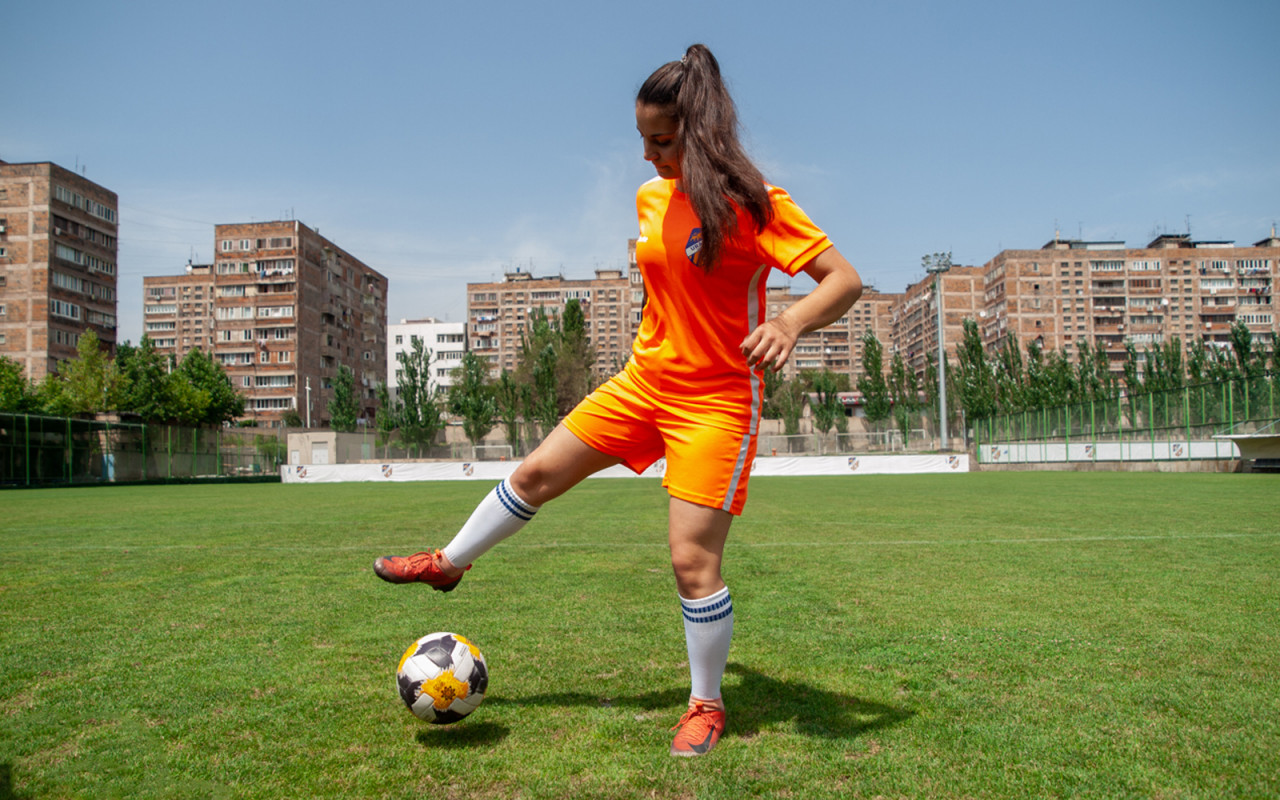 “The stereotypes were broken when my parents realized that I really love football and that I was good at it. Now they are only happy with our success. I believe that the idea that football hardens girls is wrong, because I myself know girls who have played football for many years, but this didn't negatively affect either their look or manners,” - said Emmy.

According to the girl, women are not inferior to men in football, just men, thanks to their strength, play faster.

Last year, for the first time in Armenia, a women's open futsal championship was held, in which the Urartu-girls team also participated. In this tournament, our girls were recognized as winners ․

“It was probably our biggest team victory, because the tournament was rather difficult, there were quite strong rivals. Recently we have also been recognized as the winners of Group B in the Armenian Women's Championship. True, the championship ended prematurely, but with the points we earned, we were the absolute leaders." 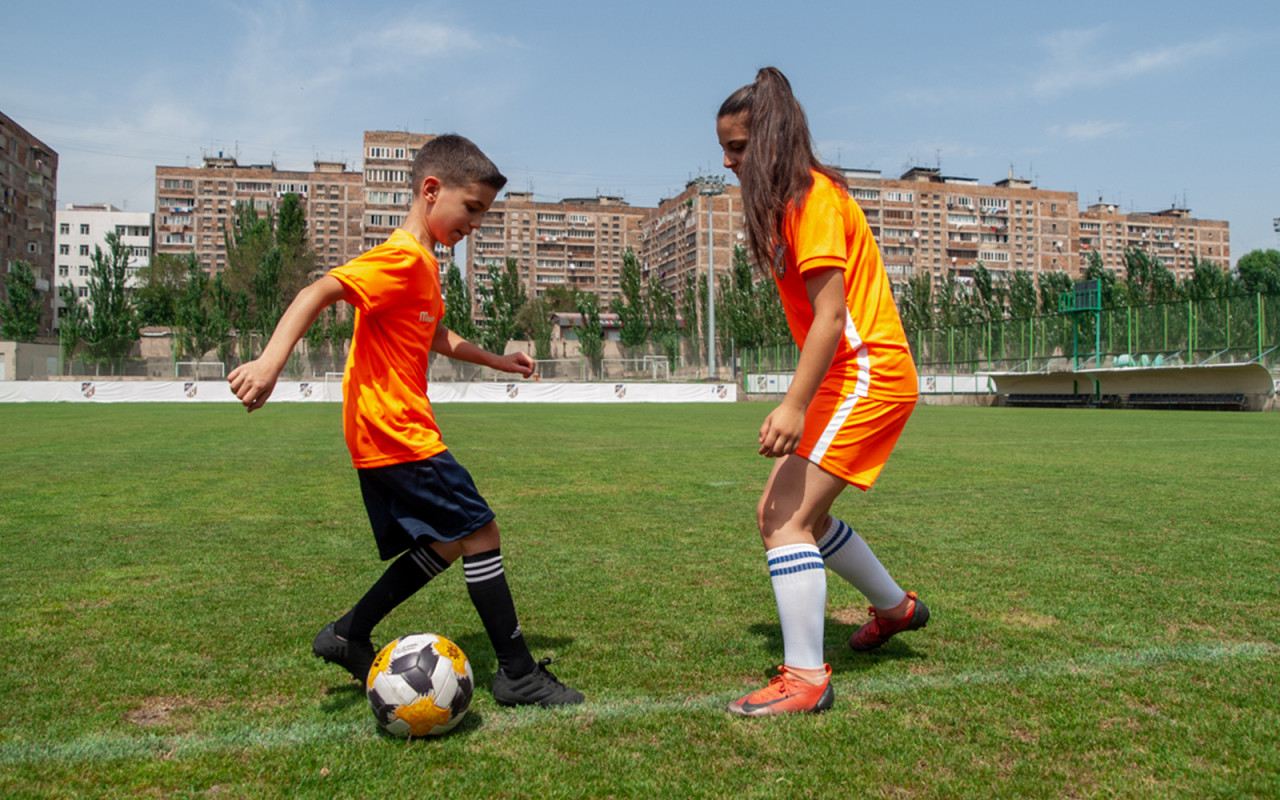 Emmy also plays in the Armenian national U-17 team, in which she is going to take part in the youth championships in the near future. Edgar, who rejoices in his sister's victories, has not yet recorded success, but confidently declares that he will do everything to succeed just like his sister.

Emmy has other interests besides her football career, she has already chosen another profession, wants to become a lawyer. Now she uses all her free time to read․ 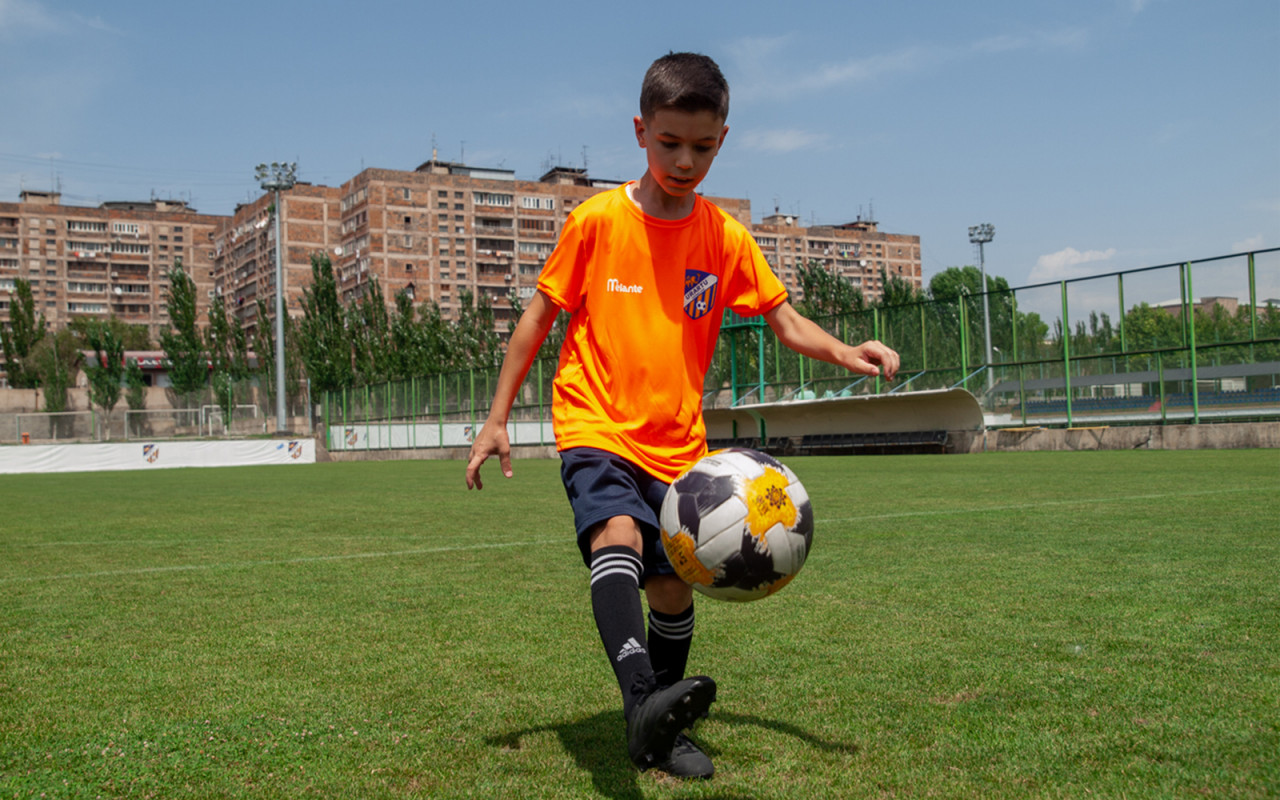 And Edgar in the future sees himself on the football field. He has a favorite player, and he dreams to play like his idol in big stadiums.

“I like football, I have a favorite player, this is Lionel Messi, I want to be like him, to play against such strong teams, and win,” notes Edgar.