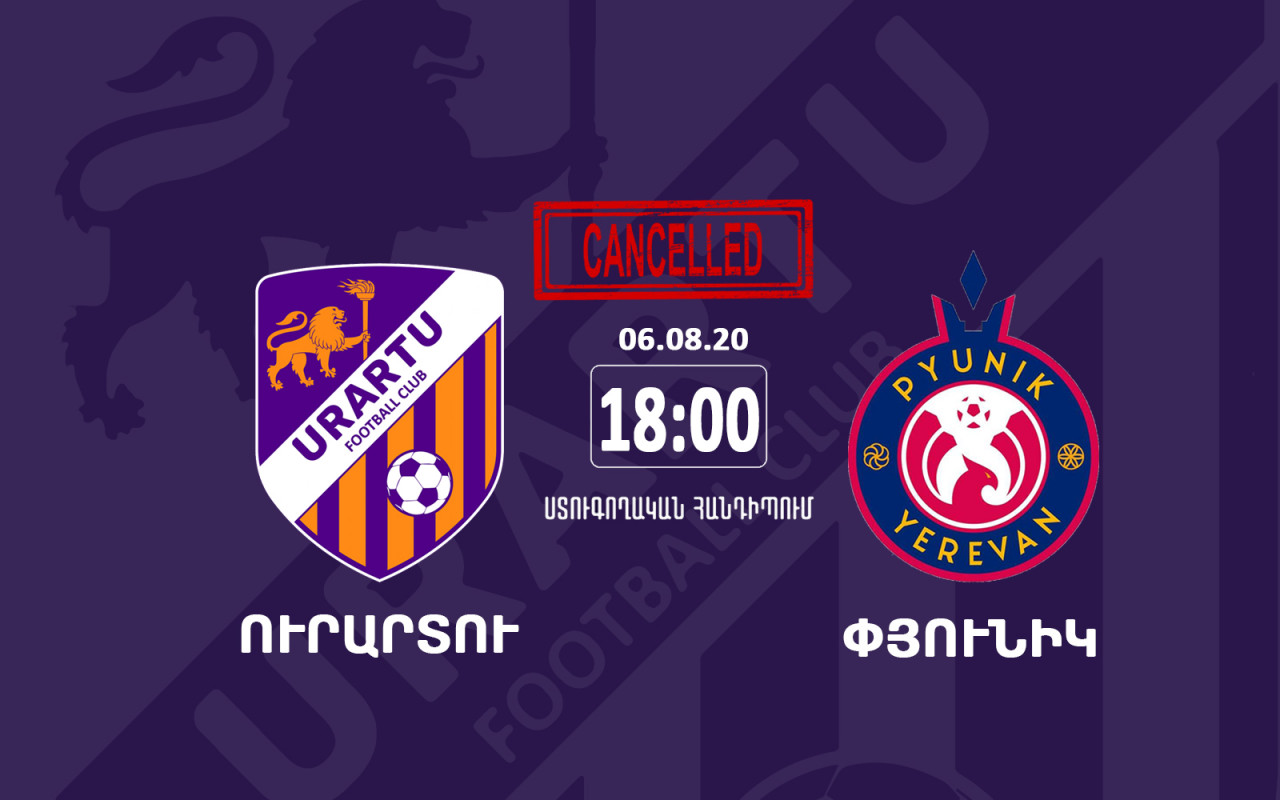 Earlier we reported that for August 6 was scheduled a friendly fixture between Urartu FC and Pyunik FC. However, both teams agreed to cancel the match by mutual agreement.

The sides will already hold an official match in the second round of the Armenian Premier League.

We’d like to add that Urartu FC will hold next friendly with Alashkert FC. This match is scheduled for August 8 at the Nairi stadium, kick-off at 18:00.