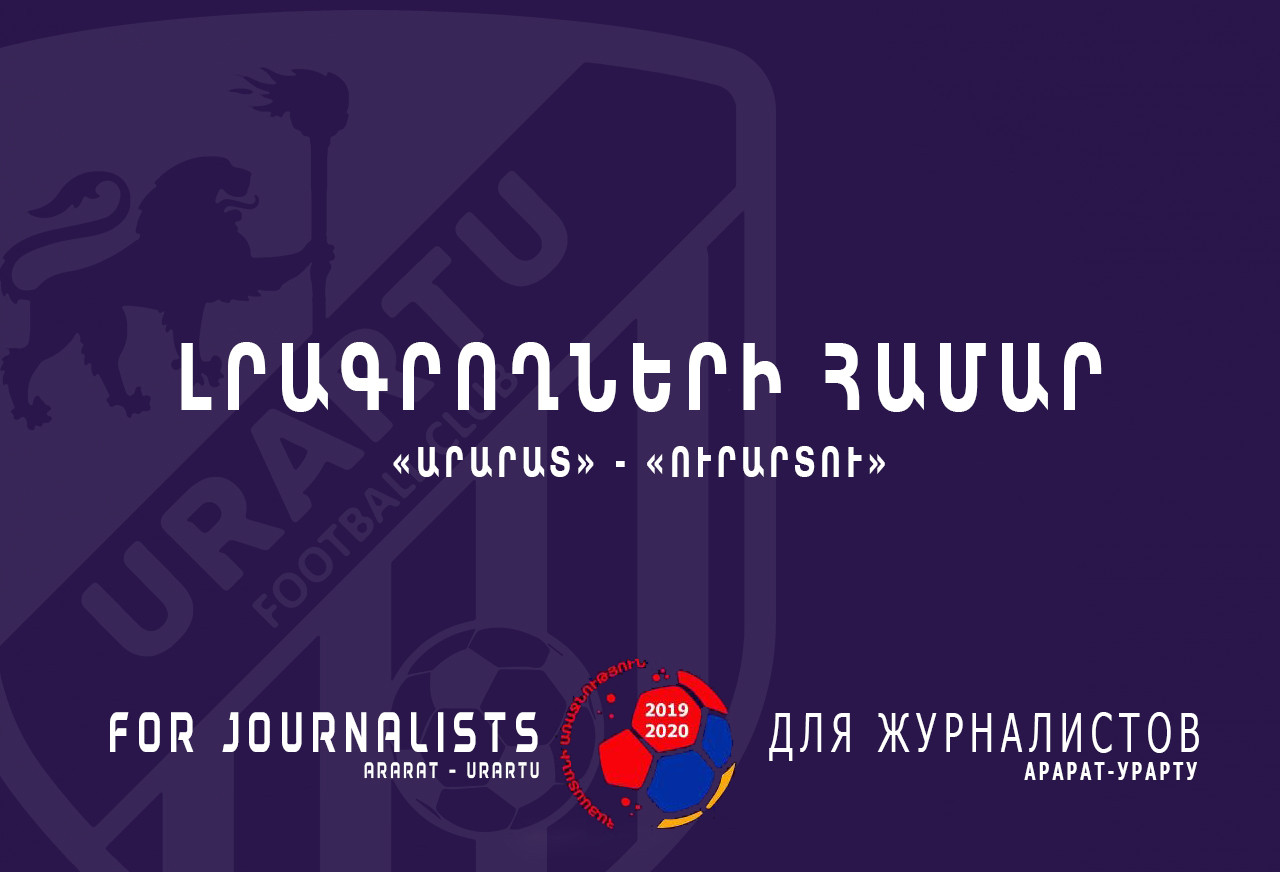 According to the new guideline for professional competitions developed by the FFA, for each match, the home team must organize accreditation for a maximum of 10 journalists (including photographers). All journalists who will attend stadium must wear protective masks and gloves.

Urartu Football Club, being a guest in this match, does not directly participate in the process of accrediting journalists.

Journalists wishing to cover the match can send their applications to the email address - ararat.yerevan.fc@gmail.com with their name, surname, type of work and the name of the media.

Applications are accepted until 18:00 on May 24th.

According to the new guideline, post-match press conferences and briefings will be canceled, they will be held online.

We add that the match of the 18th round of the Armenian Premier League between Ararat FC and Urartu FC will be held on May 25 at the FFA Technical Center-Academy, kick-off at 18:30. Following safety rules, the match will be held without spectators.