Evgenii Kobzar was born on August 8, 1992 in the Russian city of Stavropol. He started playing football at the age of 7, first attending the local Gymnasium No. 25, and then at the CSKA youth school. He later joined CSKA. In the youth team of the army team, Kobzar became the champion of Russia. After spending 4 seasons here, in 2012 he transferred on loan to Khimki FC, representing the First League of Russia.

A year later, Kobzar became a footballer of the second team of Lokomotiv FC, where he scored 18 goals in 39 matches and, thanks to the results demonstrated, returned to the First League. The footballer signs a contract with the newcomer of the championship - Sakhalin FC.

In the summer of 2015, he moved to Zenit-Izhevsk FC, but he failed to strengthen his position in the team. In winter 2016, he signed a contract with Levadia FC, representing the Estonian Championship. On March 1, 2018, he moved to Latvia, playing for Spartak Jurmala FC. In the winter of 2019, Kobzar moved to Urartu FC.

In the 2019/20 season, Kobzar scores a total of 9 goals in all tournaments, becoming the player with the most goals in the team. 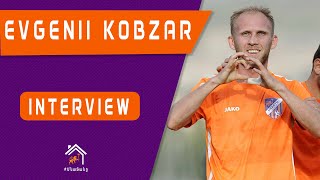 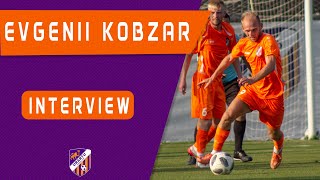