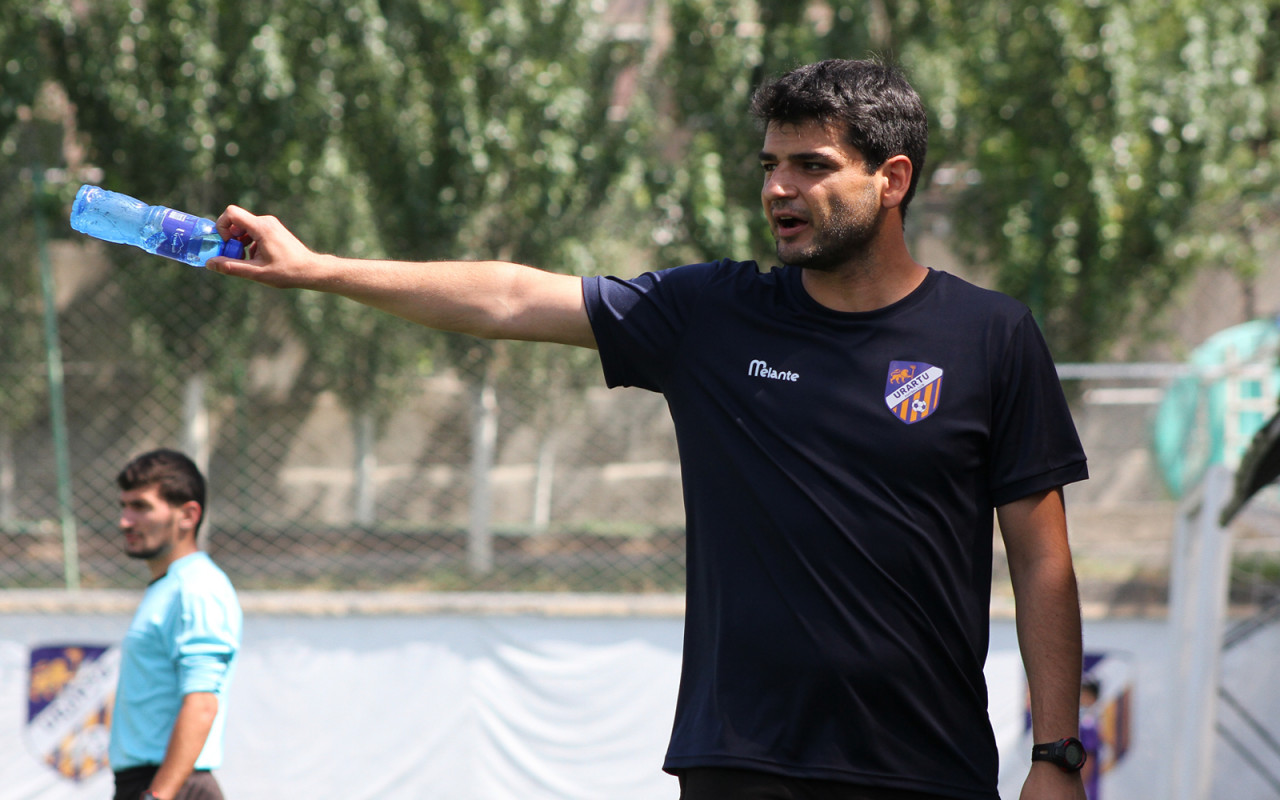 ROBERT ARZUMANYAN: "WE WILL TRY TO FULFILL OUR TASKS"

ABOUT THE SHAPE OF THE TEAM

“Considering the current situation, I can say that the team is in good condition. In general, I am satisfied with the guys, I see on the pitch what is said and planned in training sessions. There is still a lot of work to do. We are improving our physical condition, I think we will be ready for the new season. "

ON THE INVOLVEMENT OF YOUNG PLAYERS

“They are still in the adaptation phase, when I compare their trainings before and now, there are really big changes, they know what we demand from them, there is progress from a physical point of view. The rejuvenation of the team is a rather long process, but I hope that the guys quickly adapt, the quality will improve, and they will understand each other better during the match. "

“This process will be continuous even during the championship. True, in the first match we will play against Sevan FC a team wich have more experience and older players, but we must be as ready as possible for this match, both physically and tactically. We will try to achieve our goals. "