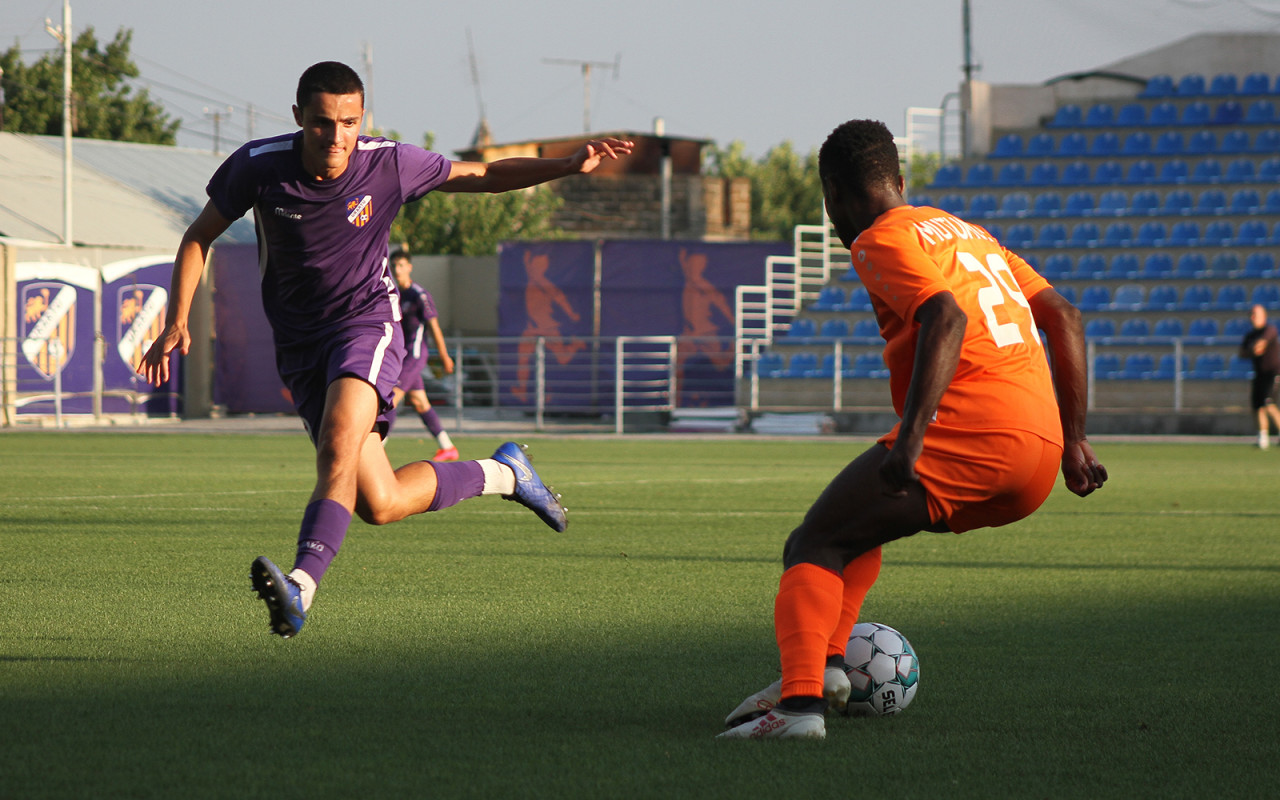 On August 12, Urartu FC held a two-sided match at their own training ground. The struggle between the Oranges and the Violets ended with a 1-0 victory for the Oranges. The only goal was scored by Jonel Desire.

During this match, Aleksandr Grigoryan provided a number of players from the second team with an opportunity to play.

We’d like to add that the VBET Armenian Premier League starts on August 14. In the first round Urartu FC at home will host Lori FC. The match is scheduled for August 17th at 19:00.