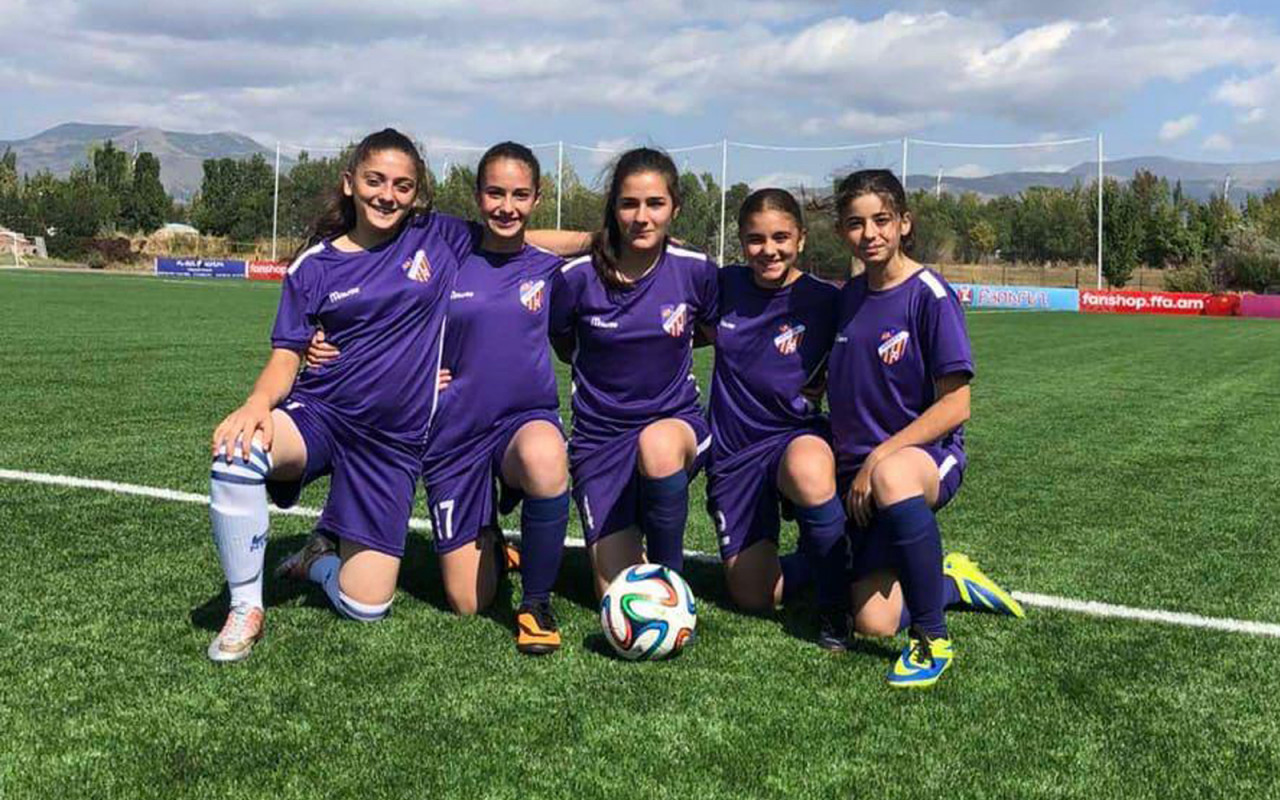 OUR GIRLS CONTINUE A SERIES OF VICTORIES

The Football Federation of Armenia is holding a new annual tournament in the regions of the country dedicated to the development of women's football. In the city of Charenatsavan was held the tournament "Three against three", in which took part both teams participating in the women's football championship of Armenia and  the ones that were created recently. The tournament was divided into three age groups: under 10, under 12 and under 14 years old. The last group was attended by the team Urartu-girls.

The six teams included in the group played 3 games against each other, 20 minutes each. Our girls first faced West Armenia, then Ararat-Armenia, and in the final Noah. In all three matches our girls won victories with the same score of 5-2 and were declared the winners of the tournament.