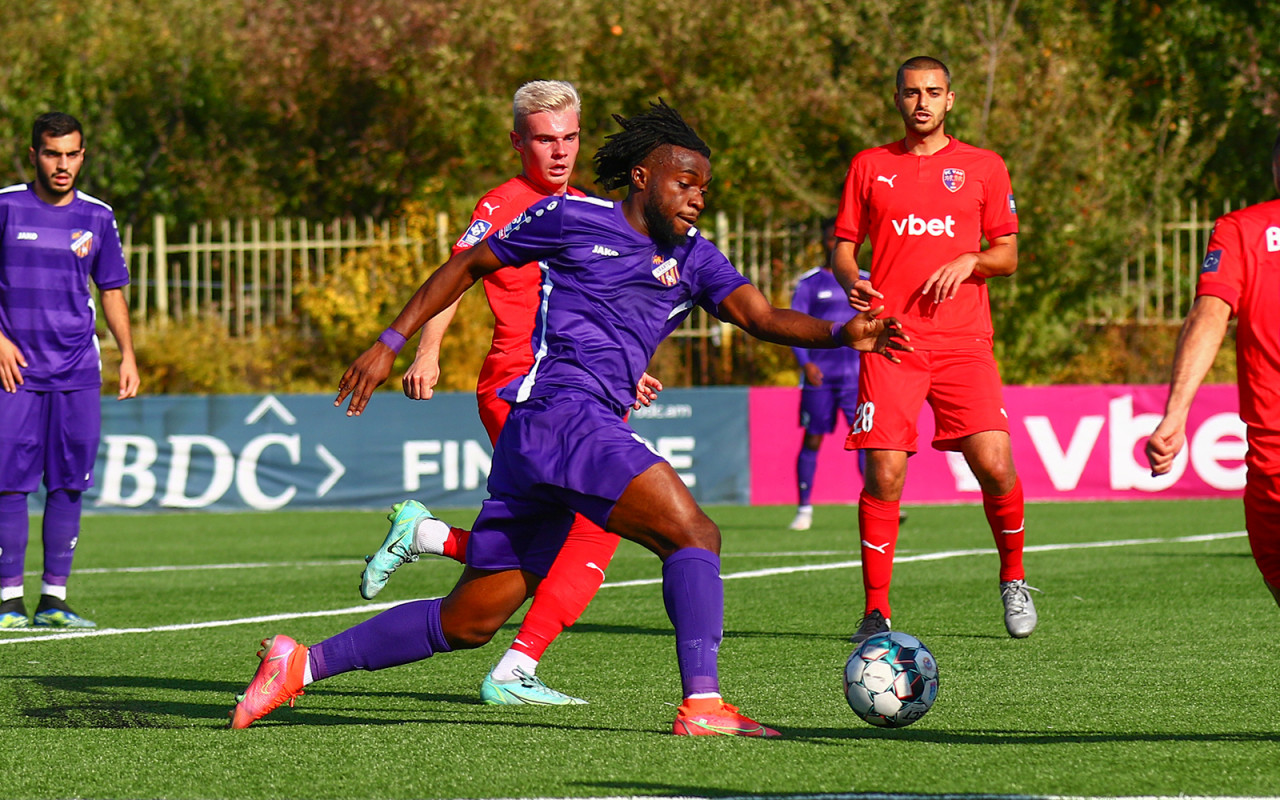 In the 9th round of Vbet Armenian Premier League Urartu FC faced Van FC from Charentsavan. The teams exchanged one goal each. Oleg Poliakov scored a goal for Urartu FC, and the only goal of the hosts was scored by Vladimir Filippov.

During the break for international matches, Urartu FC had palyers who were invited to the national team of Armenia, in different age categories, and to the national teams of other countries. In today's match, the main players of the team Narek Grigoryan and Salomon Nirisarike were absent from the starting line-up of Urartu FC.

GOAL AT THE START OF THE MATCH

The match for Urartu FC began with rather dangerous moments, but as a result of the fact that the chances were not realized, we conceded a goal. After a mistake in defense, the players of Van FC were able to open the score of the match. Vladimir Filippov scored a goal. After the goal, the players of Van FC became more active, they even had several chances to score a goal before the break.

In the last 3 matches of the championship, Urartu FC failed to score. In the 9th round, our guys finally managed to score a goal. A free-kick was assigned to the opponents' penalty area, after Hakob Hakobyan's shot, Oleg Poliakov managed to hit the goal on the second attempt, thereby scoring his third goal in the current season.

The next round we will spend again in Charentsavan, where our team will face Noravank FC. We'd like to add that following the results of this round, Urartu FC continues to be in the 6th place with 10 points in the asset.