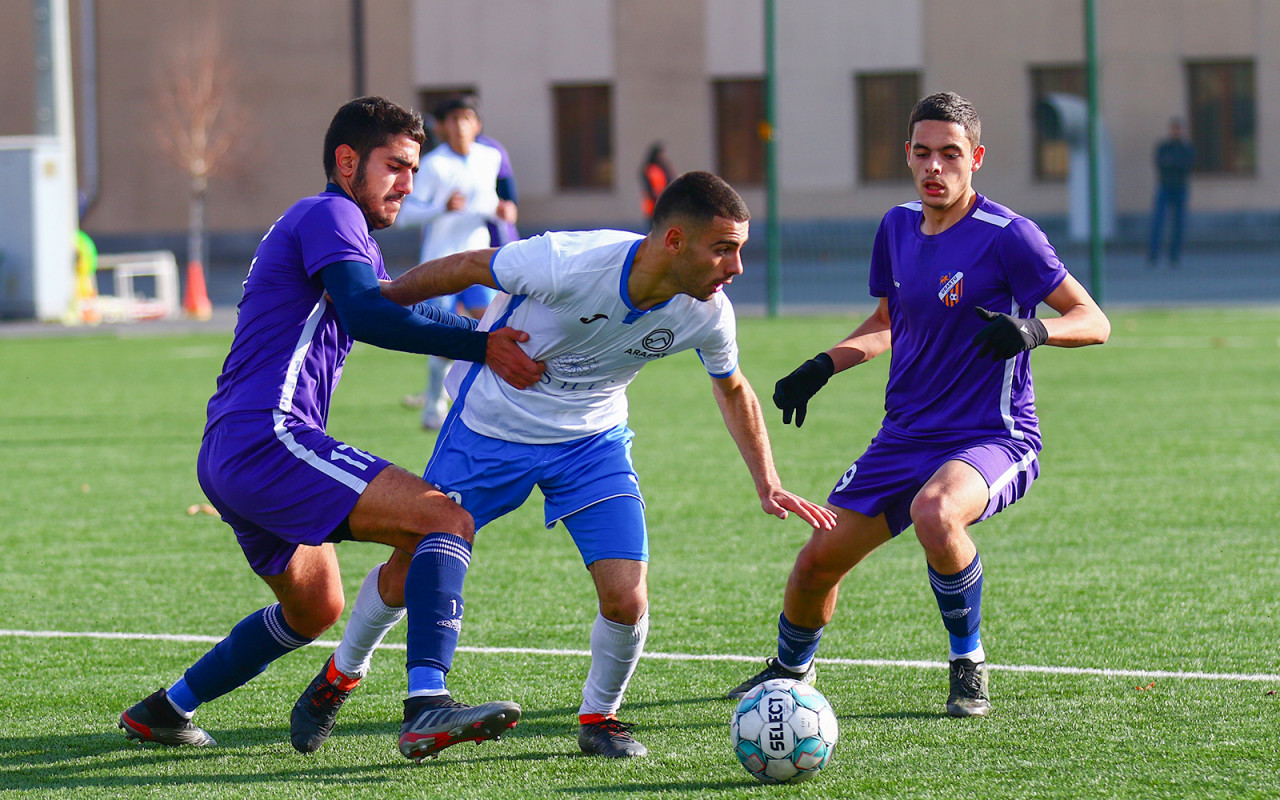 GOALLESS DRAW IN THE MATCH WITH ARARAT-ARMENIA-2

In the 15th round of the Armenian First League Urartu-2 team faced Ararat-Armenia-2 team. The match ended in a goalless draw.

In the first half, the pace of the game was low. The teams were distinguished by alternate attacks, the struggle was mainly in the central part of the field. The real scoring chance in the middle of the half was created by the footballer of Urartu-2 Ruben Yesayan, but the goalkeeper of Ararat-Armenia-2 Vardan Shahatuni saved his team from the goal. As such, there were no scoring chances at the goals of our team. The opponent shot twice from an average distance, but all the shots were reflected.

In the second half, both teams tried to activate the game through substitutions, but they did not affect the final result of the match. After this match, Urartu-2 team with 13 points takes the 7th place in the table, 4 points behind Pyunik Academy team, which is in the four leaders.

Until the end of the year, Urartu-2 team has 1 match left. In the 16th round, our second team at home will host BKMA-2 team. The match will take place on December 6th, kick-off at 17:30.