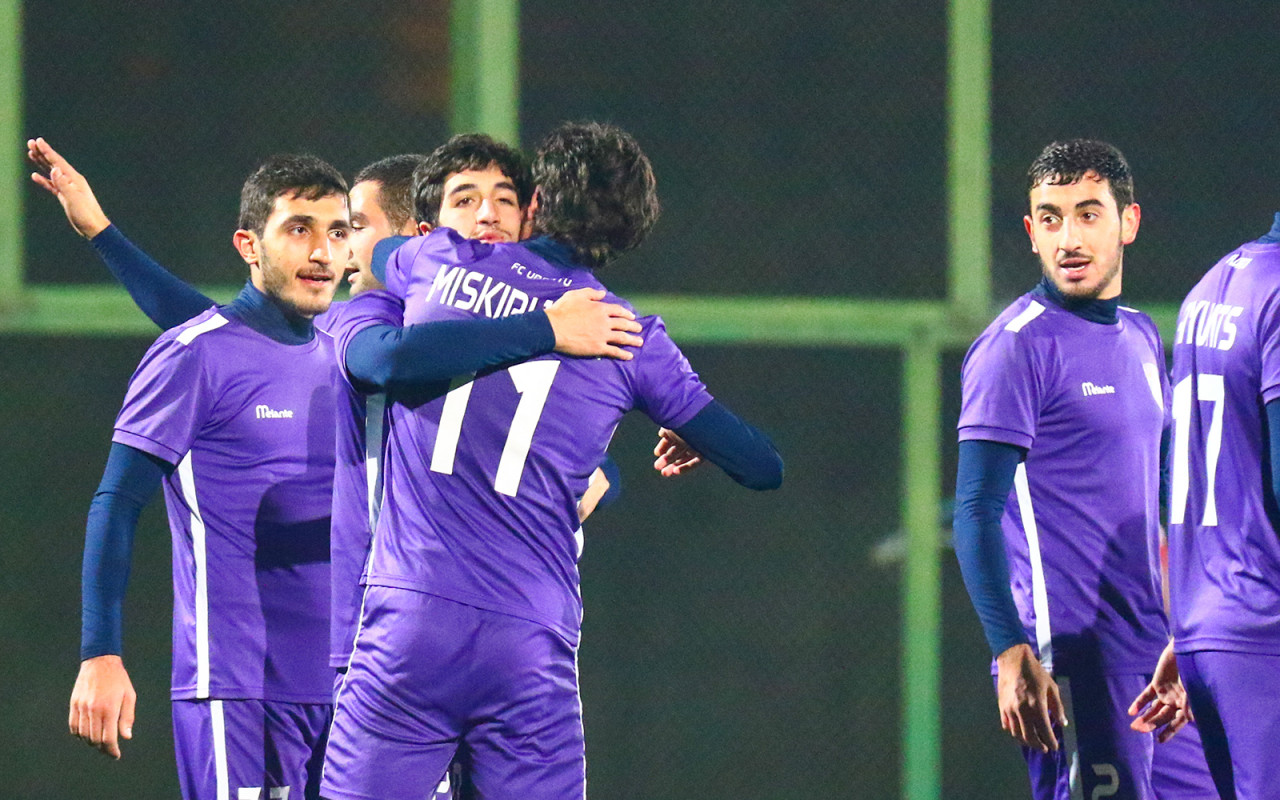 URARTU-2 ENDS THE YEAR WITH VICTORY

The last round of the Armenian First League of this year has started, where Urartu-2 team at home faced BKMA-2 team and sent 3 unanswered goals into the opponent's goal.

The first match between the teams, which took place within the 9th round of the championship, ended with a 2-1 advantage for the army team. Ruben Yesayan scored in our team.

Our guys started the first half of the home match with a clear advantage. The first dangerous shot at the opponent's goal was made by Artur Miskirijyan, after which the opponent's goalkeeper parried the ball. On the 30th minute, the players of Urartu-2 earned the right to hit the free-kick, after which the team's striker Tigran Ayunts scored another fantastic goal. At the end of the half, the guests became more active, but we did not see Levon Ter-Minasyan in the action much. The teams went on break with a minimal advantage for the hosts.

At the beginning of the second half, our team was able to quickly double their advantage. This time Artur Miskirijyan managed to score from free-kick. Even with an advantage of two goals, the players  of Urartu-2 did not stop actively attacking. During many moments the goalkeeper of the guests Rafayel Manasyan came into play. On the 70th minute Ruben Yesayan had the opportunity to triple the advantage of his team, which he took advantage of, making the score 3-0.

Thus, Urartu-2 finishes its performances in the autumn part of the championship with 16 points and takes 6th place.