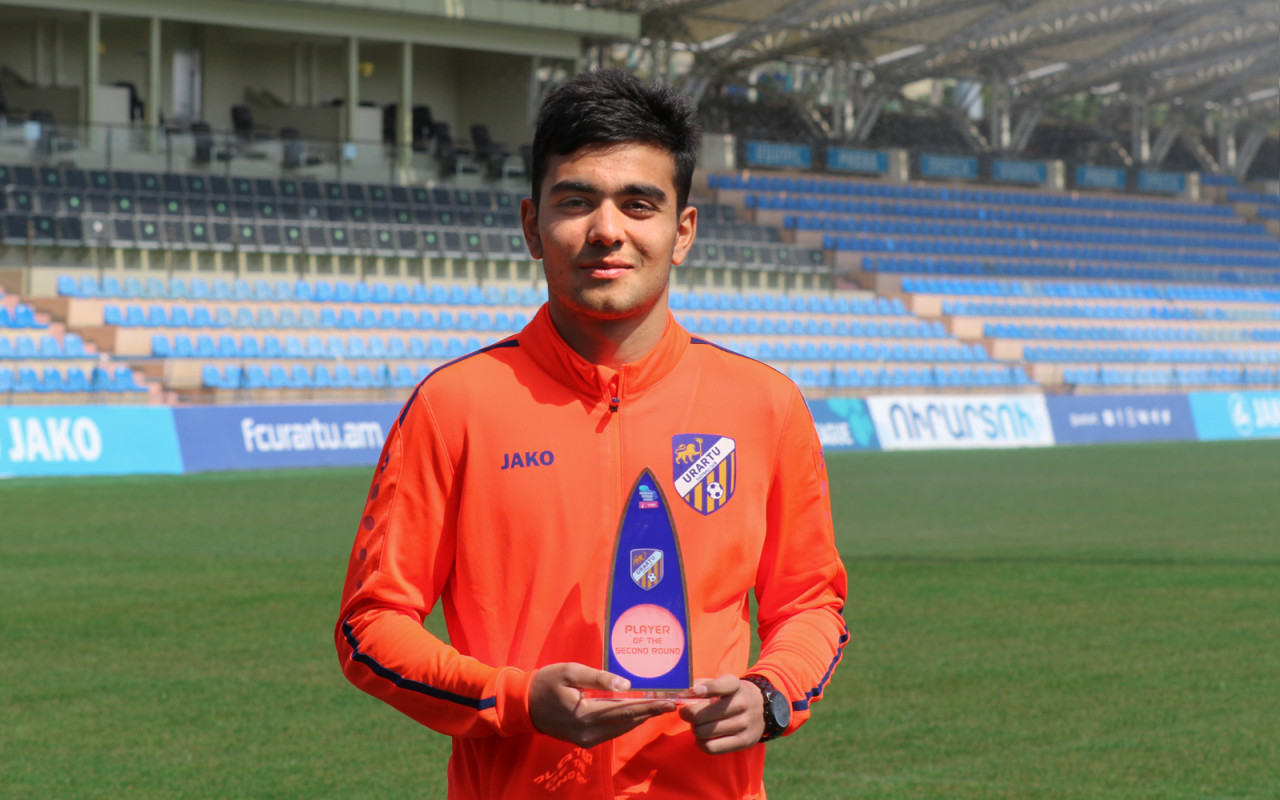 ERIK SIMONYAN IS THE BEST PLAYER OF THE SECOND ROUND

The voting was held on the telegram channel of Urartu FC to find out who became the best player of Urartu FC in the second round of the VBET Armenian Premier League.

According to the voting results, 17-year-old central defender Erik Simonyan became the winner, Vitinho is in the second place, Hakob Hakobyan is the third.

After receiving the award, Simonyan shared his impressions:

“This award is binding. I was very happy when I found out that I was recognized as the best. To be honest, I didn't expect it. This award is really inspiring, I will do my best to be as useful as possible for my club in the future.”