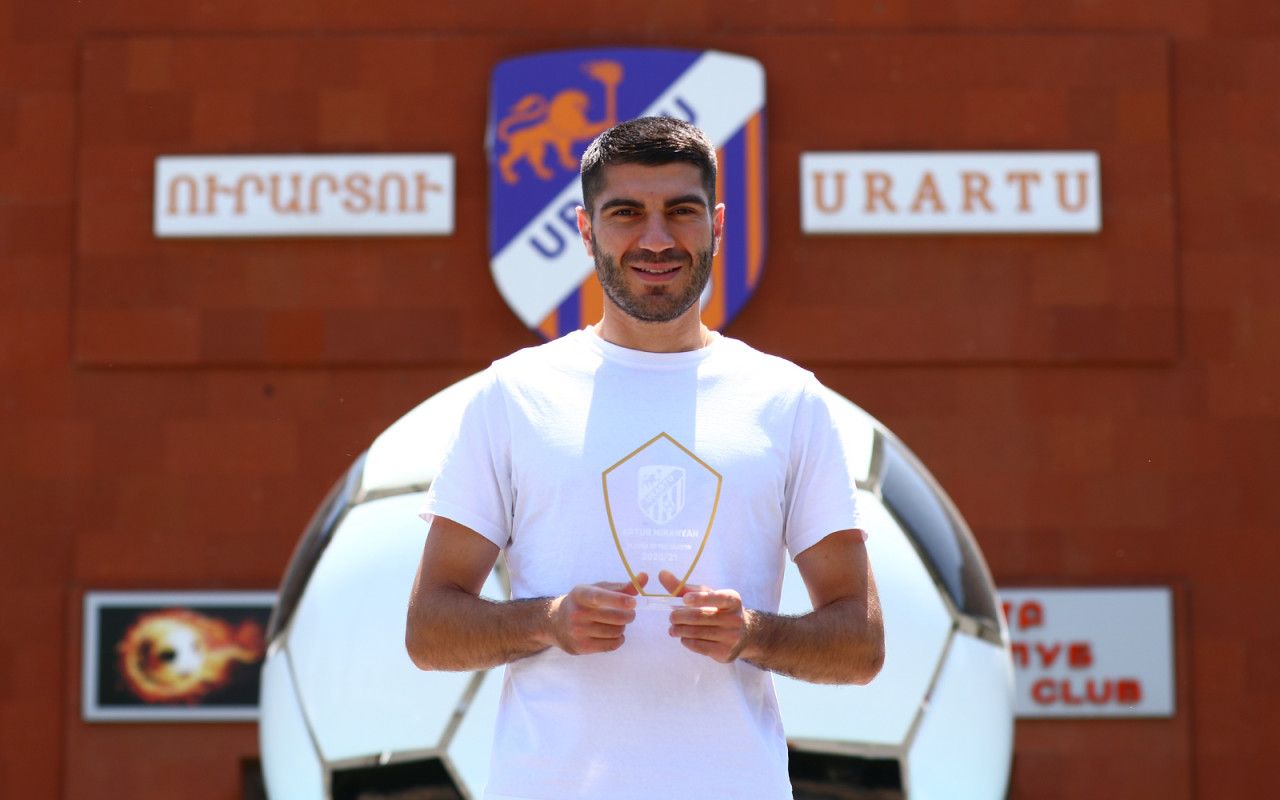 ARTUR MIRANYAN IS THE BEST PLAYER OF THE SEASON 2020/21

In the telegram channel of Urartu FC the voting for the title of "The best player of the season" has ended. According to the fans, Artur Miranyan was the best in the last season. 38% of the poll participants voted for the 25-year-old player, Ugochukwu Iwu took the second place (31%), the third was Hakob Hakobyan (10%).

After receiving the award, Miranyan shared his impressions:

“I am delighted to have received this award. To be honest, it was unexpected, because I joined the team in the second half of the season and did not participate in all the matches. Every player of our team deserves this award because we have done a really great job and were able to achieve what we were striving for. But all this is already in the past, and we are preparing for the new season."

We'd like to add that in the ended season Artur Miranyan hold 11 matches for Urartu FC and scored 3 goals.