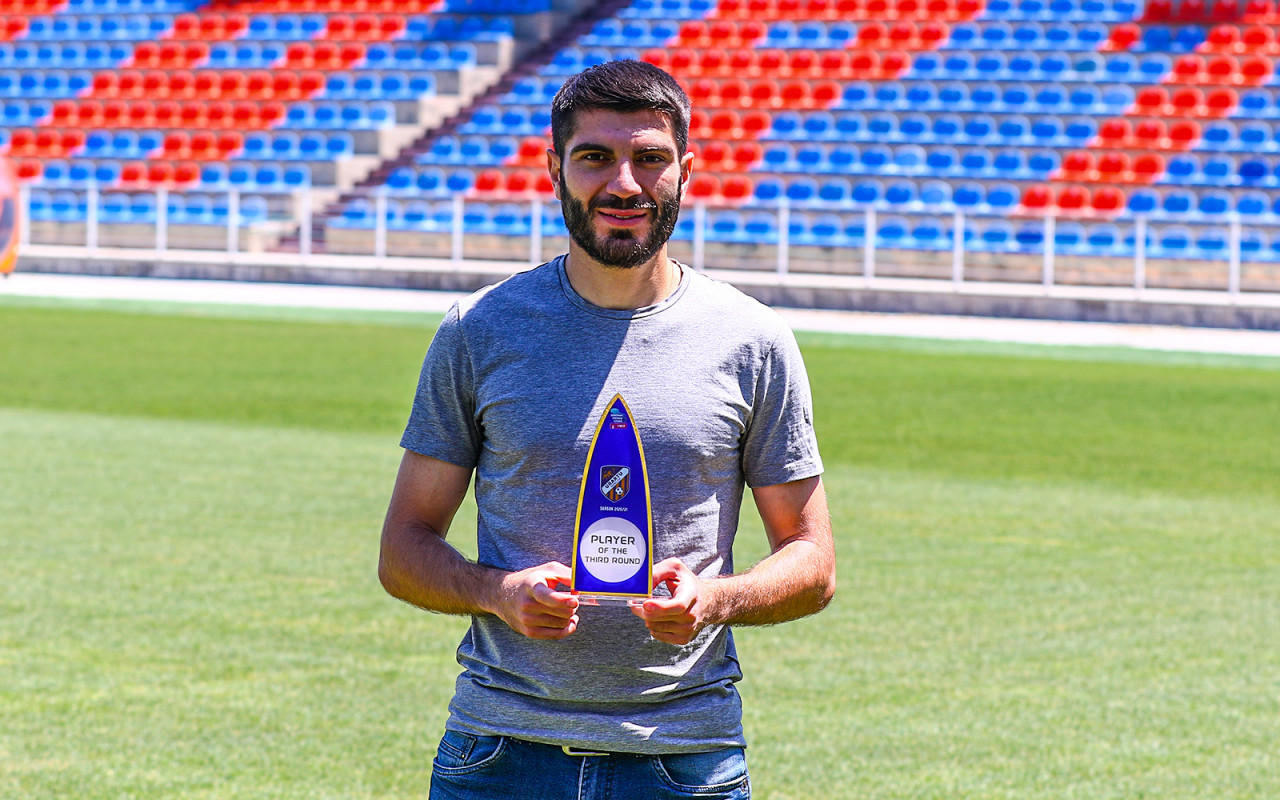 ARTUR MIRANYAN - BEST PLAYER OF THE THIRD ROUND

According to the results of the poll held in the telegram channel of Urartu FC, the fans have decided who is the best player of the 3rd round.

Artur Miranyan received the largest number of votes. 48% of the participants voted for him, Ugochukwu Iwu was in second place (27%), the top three was closed by Edgar Grigoryan (18%).

After returning from the camp of the Armenian national team, Miranyan received his award․

“I am very glad that I received this award, but I am even more glad for the team that we were able to earn a ticket to the European Cups. The goals I scored helped us achieve our goal. Now we are thinking about how to achieve success in the UEFA Europa Conference League,” - said Artur Miranyan in an interview with us.

We'd like to add that in the season ended, Artur Miranyan hold 11 matches for Urartu FC and scored 3 goals.