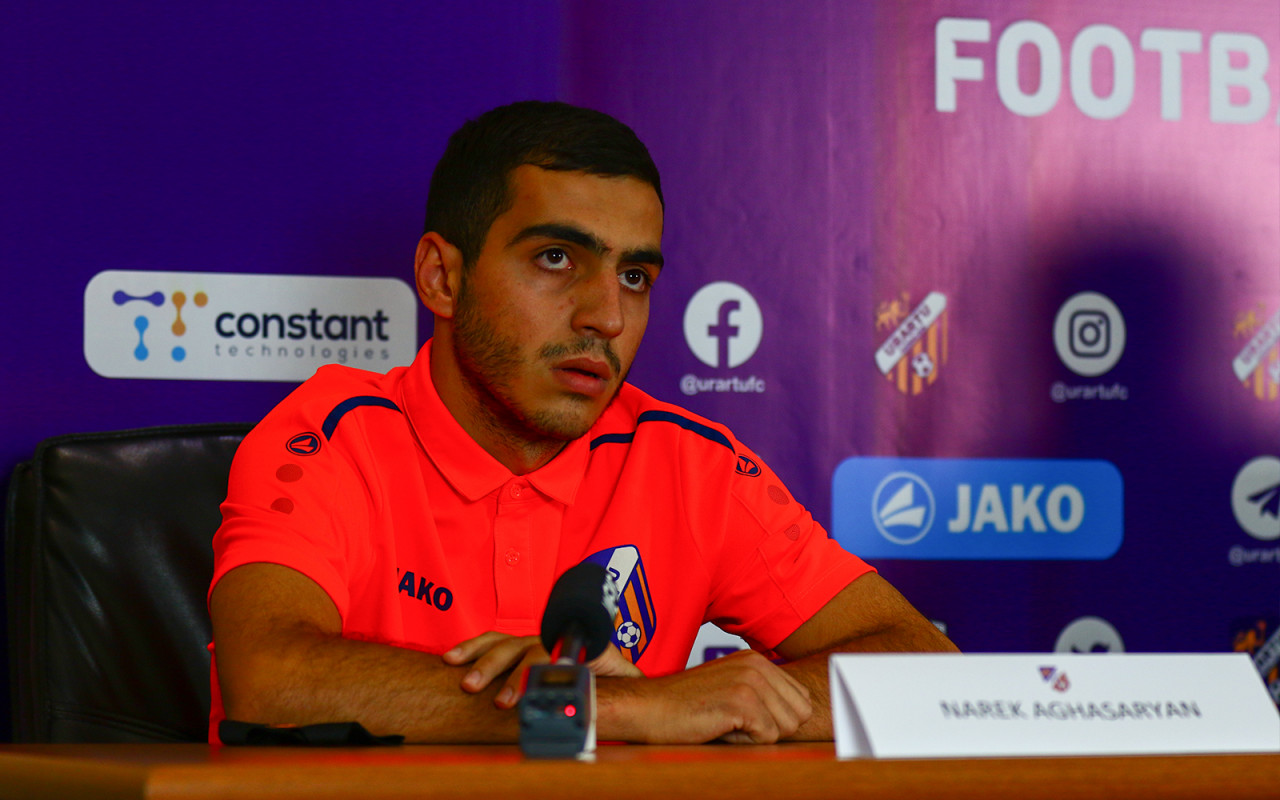 NAREK AGHASARYAN: "THE GOAL IS ONE - WE WILL TRY TO WIN"

- You made your debut for Urartu FC in such an important game, I wonder what feelings you had before the game and already during the match.

- I felt good before, during, and after the match, I tried to help my team, which, in my opinion, worked out as much as possible. There was a little tension because it was my debut match.

- What impression did your opponent leave?

- NK Maribor is a good team, they play organized football, they had a lot of experience in European competitions, which was visible on the field.

- You play in midfield, and in Urartu FC the competition in this position is quite strong, what can you say about this?

- Urartu FC is a strong team, and, of course, the competition is normal here in all positions, all the players become stronger by competing.

- How is the team preparing for the match against NK Maribor?

- We are preparing in high spirits, the goal is the same - we will definitely try to win.

- How do you assess the team's chances?

- There is one goal difference between the teams, there are chances, we have to fight.