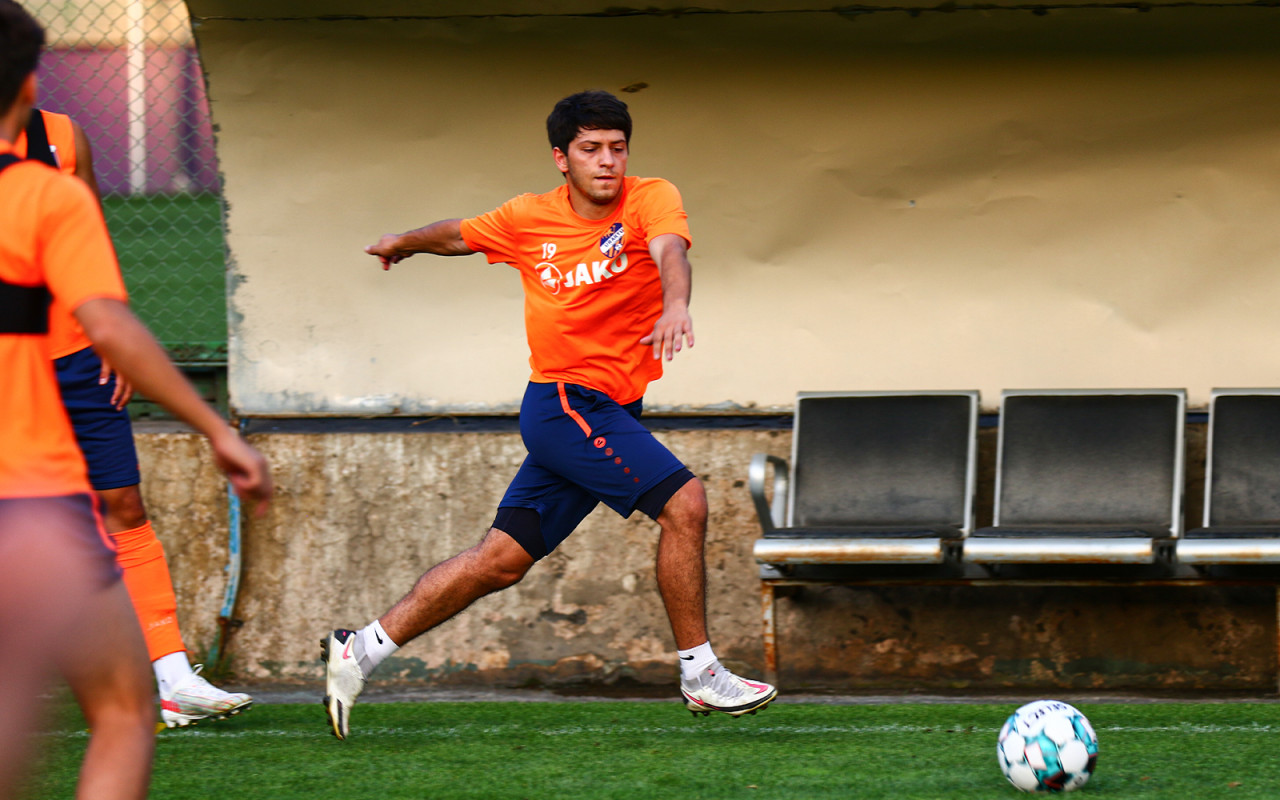 SERGEY MKRTCHYAN: "I TRY TO SQUEEZE OUT ALL THE GOOD THAT WILL BENEFIT ME IN THE FUTURE."

Sergey Mkrtchyan, one of the players who returned to Urartu FC from BKMA, made his debut for his home club in the 2nd leg match against NK Maribor in UEFA Europa Conference League. We talked with the young player about the debut match and other topics.

ABOUT DEBUT IN THE MAIN TEAM

"My debut was in a very important match. Before entering the pitch, I had a little tension, but after a few minutes, it turned into confidence. I tried to help the team as much as possible, I don't know how it turned out, but I tried to put all my strength into the game. This match gave me a lot of experience, made me feel what a high pace is in European competitions, I tried to squeeze out all the good that will benefit me in the future."

ABOUT RETURN TO URARTU FC

"After a two-year break, I returned to Urartu FC. The team here is very good, the coaching staff is very professional. The team includes both young and more experienced players. We youngsters will try, as much as possible, to learn from the experienced in order to become good players."

ABOUT THE PERIOD IN BKMA

“Playing at BKMA, under the leadership of Rafayel Nazaryan, we have accumulated a lot of experience, gained tactical and individual knowledge. We started to perform more confidently."

“The match with NK Maribor is already in the past, now we are trying to concentrate on the championship. The pace of the Armenian Premier League is very different from the pace of First League in both quality and power struggle. Before the matches, you need to tune in as well as possible in order to show good results."