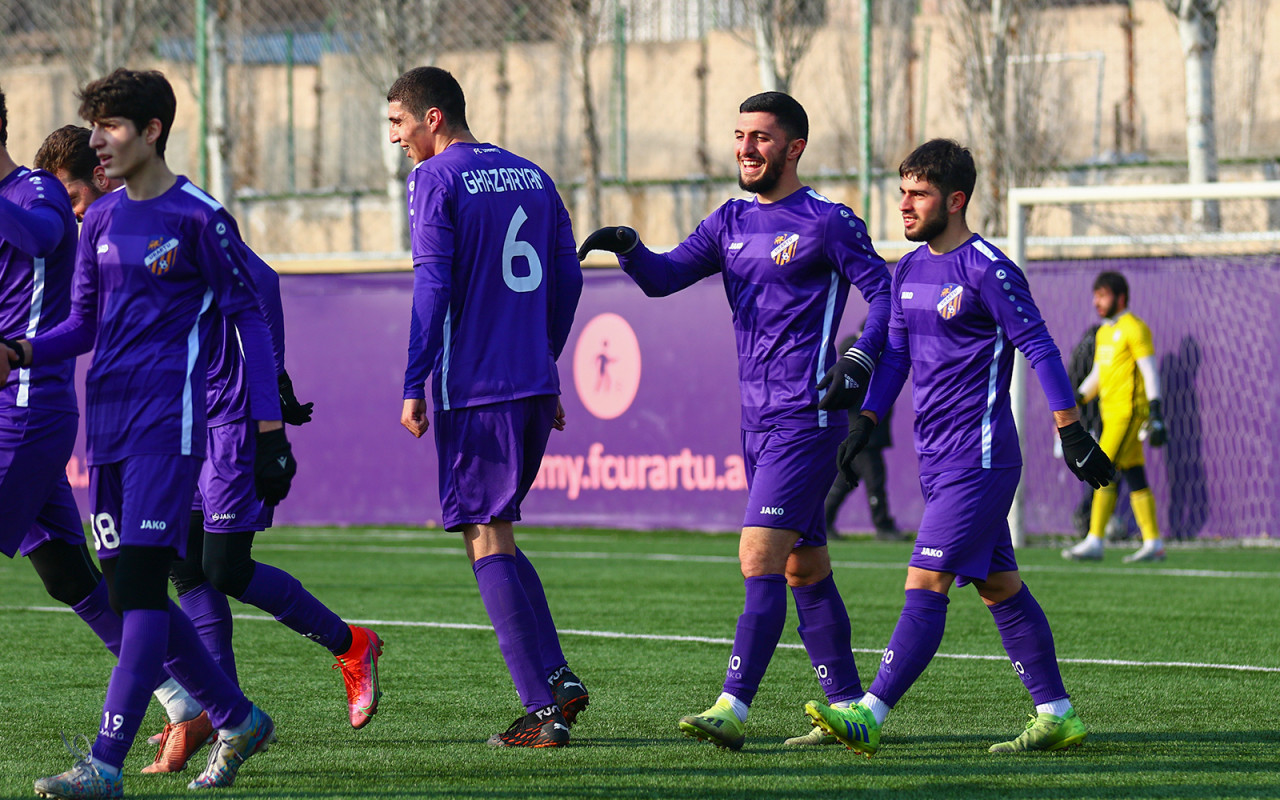 URARTU FC WON OVER ARARAT FC IN THE FRIENDLY FIXTURE

During the friendly fixture Urartu FC faced Ararat FC at home. Our guys won with 3-0. Oleg Poliakov scored once, and Karen Melkonyan scored a brace.

In the preparation period, Urartu FC held the second friendly fixture. In the main team squad, Levon Bashoyan, a footballer of Urartu-1-05 team, spent 25 minutes on the field, receiving playing time for the first time.

In the first half, Urartu FC showed an active and spectacular game. Our players had many chances to open the score from the first minutes. On the 14th minute, Oleg Poliakov was able to score the first goal of the match. No other goals were scored in the first half.

There were a lot of changes in our team in the second half. Defender Erik Piloyan was also among the players who took to the field, it was his first match after returning to the team from BKMA. In the first part of the second half, Ararat FC players threatened our goal with several dangerous attacks, but failed. In the 78th minute Karen Melkonyan doubled our team's lead, and 10 minutes later scored a brace, making the final score 3-0.