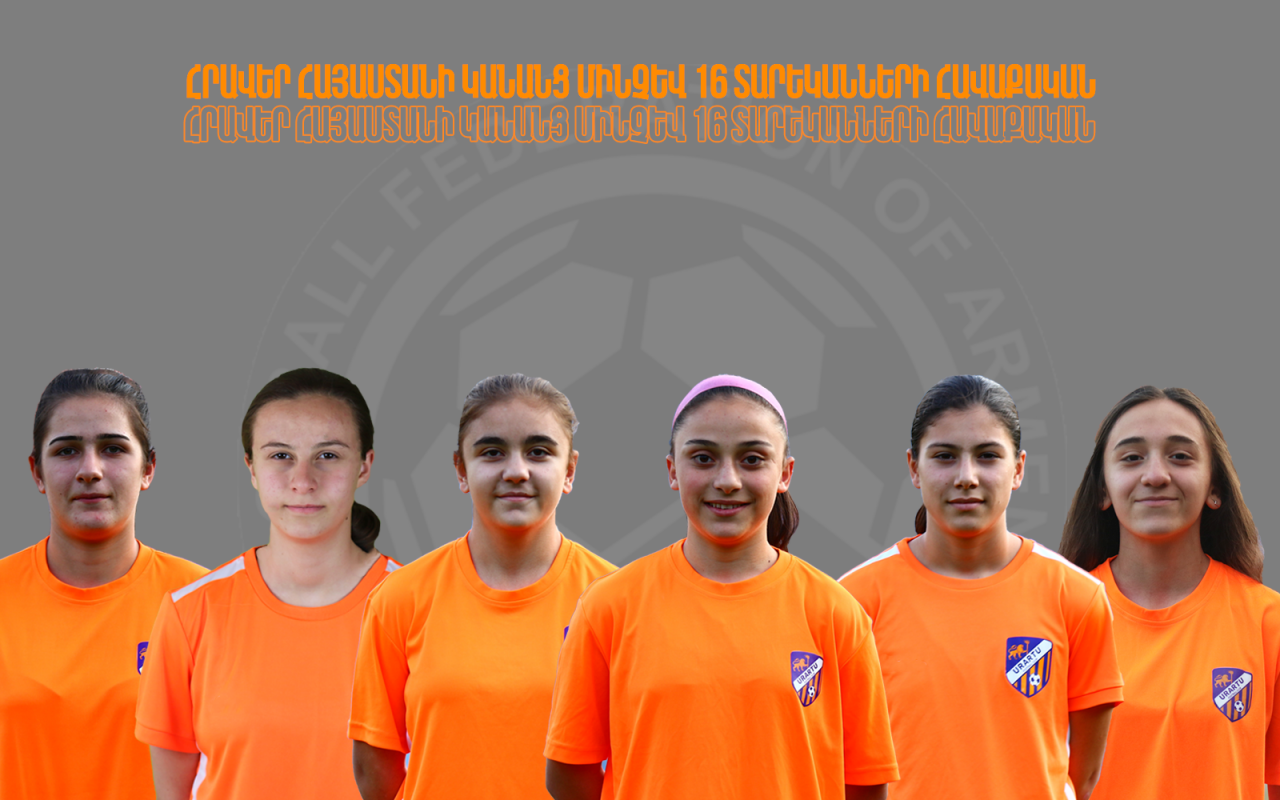 In this regard, 6 players of Urartu FC were called up to the Armenian U-16 team: Marianna Vardanyan, Diana Melikbekyan, Milena Sayadyan, Ani Ohanyan, Helen Mkrtchyan and Susanna Sahakyan.

We'd like to add that from 4 to 10 April, the girls will take part in the development tournament among girls under 16, which will be held in Estonia.