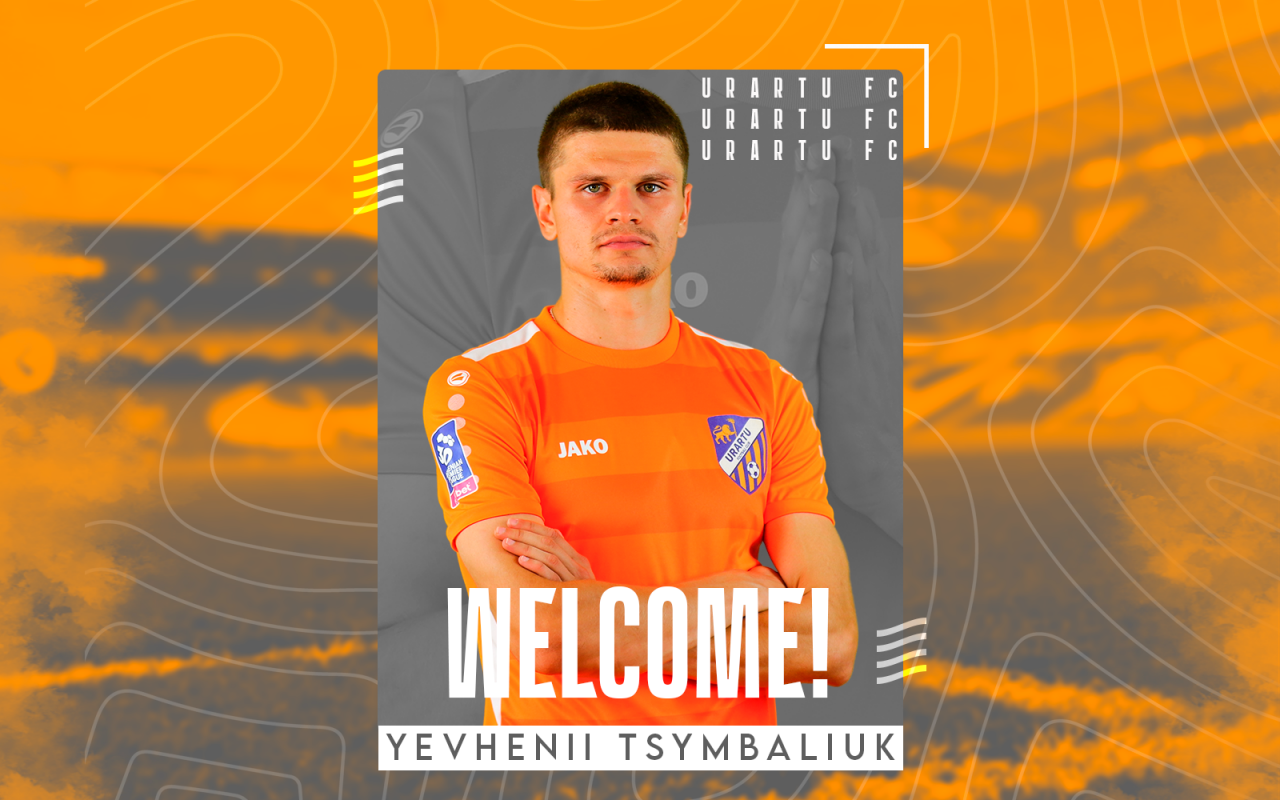 We are happy to announce that Urartu Football Club has a new signing. The club signed a contract with 26-year-old defender Yevhenii Tsymbaliuk.

It should be noted that Tsymbaliuk is FC Olimpic Donetsk graduate, whose colors he defended for 7 seasons in the Ukrainian Premier League. And the defender moved to Urartu FC from FC Desna Chernihiv, which also played in the Ukrainian championship.

After the first training session with the team, Tsymbaliuk shared his impressions: “It is very warm here, I mean both the weather and the atmosphere in the team. Had a very good, intense training session, like the one I've been missing lately. I often heard about Armenian Premier League, because many Ukrainian footballers played here. Physically, I’m not yet 100% ready, but I’m ready to give all my heart and thoughts and help the team in every match.”

We welcome Tsymbaliuk and wish him successful performances in Urartu FC. Let's add that the player will play in our team under number 4.