The History of "Urartu"

History of the club 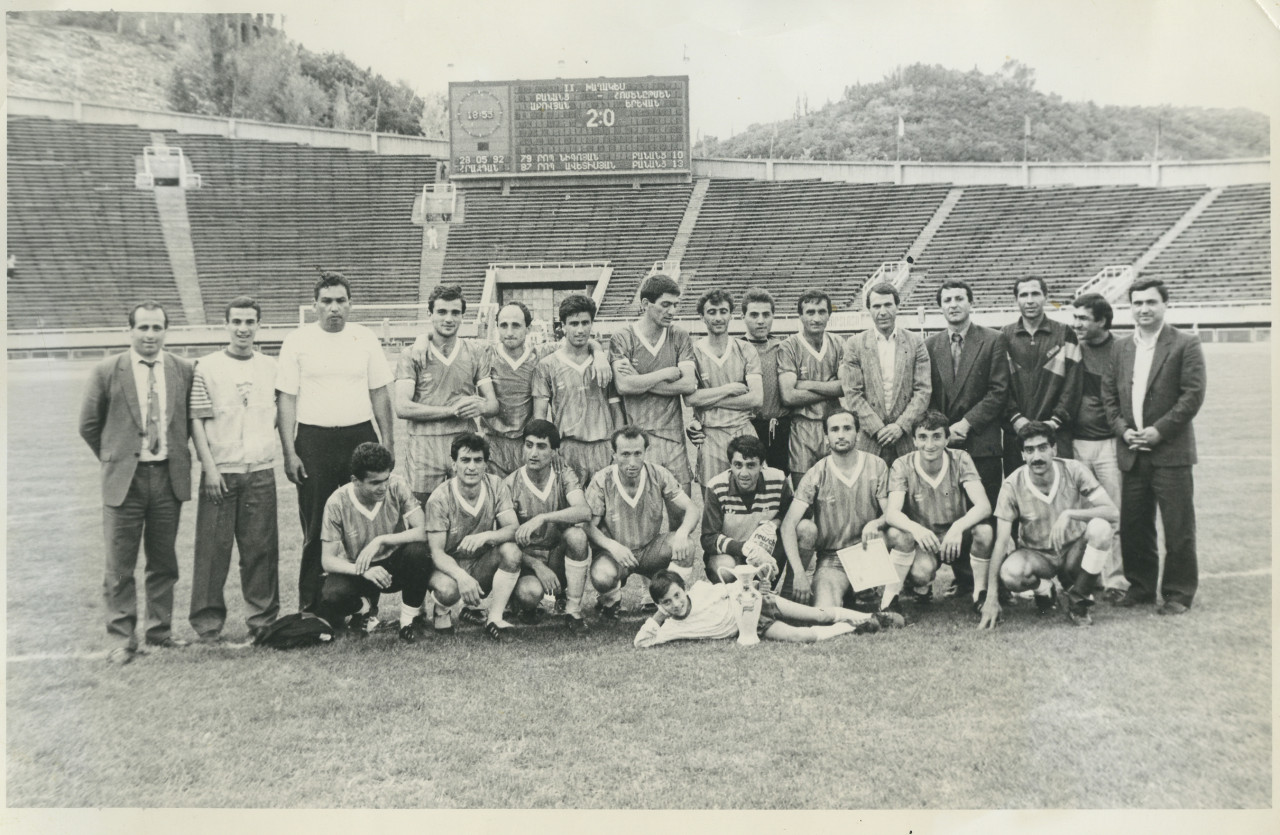 "Urartu" Football Club was founded on 20 January 1992, representing the region of Kotayk. "Banants" was named after the native village of the founder- Sargis Israelyan.
In the very first season Banants won the Armenian Cup, and took the 3rd place in the championship.

Since 1995, "Banants" did not take part in the championship of Armenia, but was revived in April 2001.
In 2005 "Banants" acquired sport base. The republican football sport base named after  Eduard Grigorian, with all of its territory and football fields, was passed  to FC "Banants".
In 2007, Banants for the second time in its history, won the Armenian Cup, winning the final match against FC Ararat, 3-1.

Banants has represented Armenia in the European Cup and had a lot of players in the national team of Armenia.
"Banants" in the championships of Armenia.

The club takes part in the championship of Major League of the Republic of Armenia since 1992 with the exception of 1995-2000.
Victoriest with the biggest score:

Most games in the team spent- Aram Bareghamyan: 180