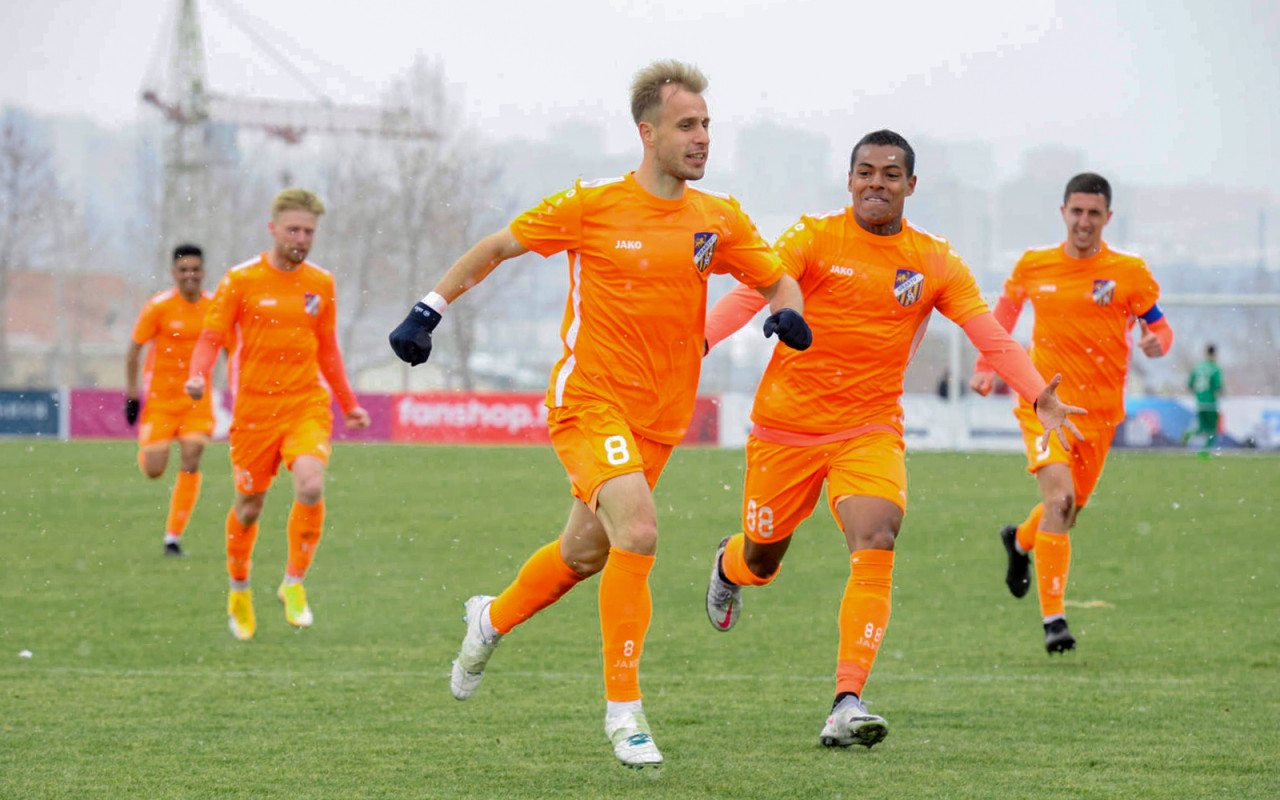 In the 16th round of the VBET Armenian Premier League, Urartu FC beat Ararat-Armenia FC 1-0 . The only goal was scored by Igor Paderin․

The 16th round of the VBET Armenian Premier League membered by the fact that after a temporary break, the fans were allowed to attend the matches. Despite the unfavorable weather conditions and working hours, the match was attended by a large number of spectators.

In this match, Urartu FC faced staffing problems. Ugochukwu Iwu, Vadym Paramonov, Peter Mutumosi and Annan Mensah were absent due to injuries. But these problems did not affect the team's game in any way. This time, Grigoryan included Erik Simonyan, a graduate of our club's academy, in the starting line-up, and Artur Miranyan, a newcomer of the team, was on the bench.

The match turned out to be very tense and entertaining. The entire first half passed with a clear advantage for Urartu FC. The team led by Aleksandr Grigoryan created a number of scoring chances. Igor Paderin was especially active, creating a lot of problems for the opponent's defenders. There were no goals in the first half, instead, at the very beginning of the second half, the players of Urartu FC were able to open the score, as a result of a quick counterattack, Evgenii Kobzar brought Igor Paderin to a shot position, who first misled the opponent's defenders, and then scored: 1-0.

After the goal, the players of Urartu FC began to act more enthusiastically. The picture in the middle of the second half was such that Urartu FC would rather score the second goal than Ararat-Armenia FC would equalize the score.

At the end of the match, the hosts increased the pressure, but the players of Urartu FC resisted with dignity and gained very important points for the team. Ararat-Armenia - Urartu 0-1.