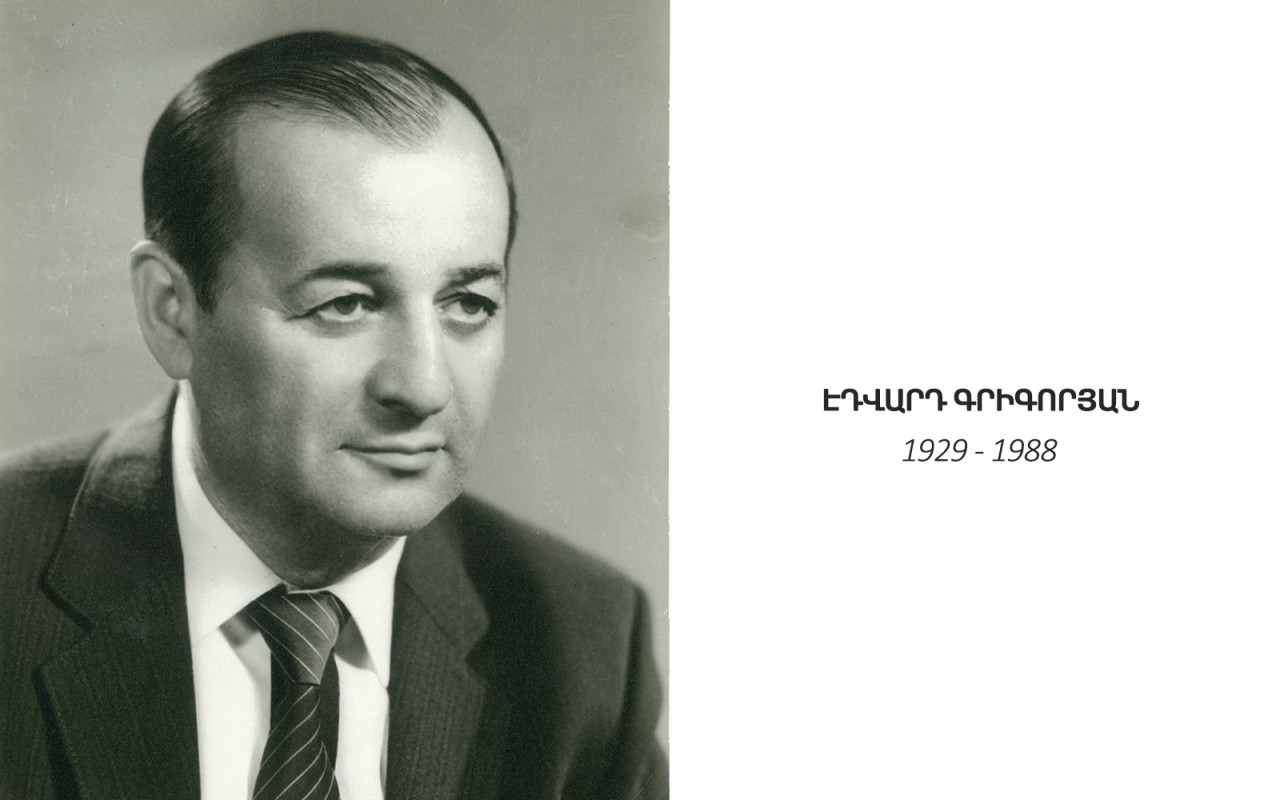 Honored coach of Armenia. He played in the 2nd team of Dinamo Yerevan. In 1952 he started coaching at the newly opened football school of the capital (later - Republican), headed the youth football team of Armenia, and in 1959 was appointed the director of the same school. In 1967 he was the head coach of Ararat Yerevan, and from 1968-72 was the manager of the team and contributed to its 1971 "silver" success. In 1976 along with the Republican football school, he also managed the Republican school of the Yerevan State Sports College of Olympic Reserve. During the time of his leadership, Armenian youth football experienced rapid development and reached high levels in the All-Union arena. Edvard Grigoryan was awarded the title of the honored figure of physical education and sport of the Republic of Armenia. He is a member of the National Sports Committee, and an honored coach of the Republic.

HE WAS CALLED “ARMENIAN BOBROV”

The Grigoryans moved from Krasnodar to the capital of Armenia in the 1930s at the insistence of Edvard's mother, Nina Yegorovna, who was born in Stepanavan. The talented young man was so outstanding in street football that he attracted the attention of coaches at the age of 15. He was accepted into one of the strongest teams of the republic, Dinamo Yerevan (currently Ararat FC). For eight years (1944-52), Edvard supported his native team with honor. The best season for him was certainly in 1949 when 28 of the 42 goals registered for Dinamo were his. For this, he received the nickname "Bobrov" in honor of Vsevolod Bobrov, the famous scorer of the USSR national team and CDKA (currently PFK CSKA Moscow) team.

After completing his studies at the Armenian State Institute of Physical Culture, Edvard left active football and started coaching at the city school named after Voroshilov, headed by Gaioz Jejelava. 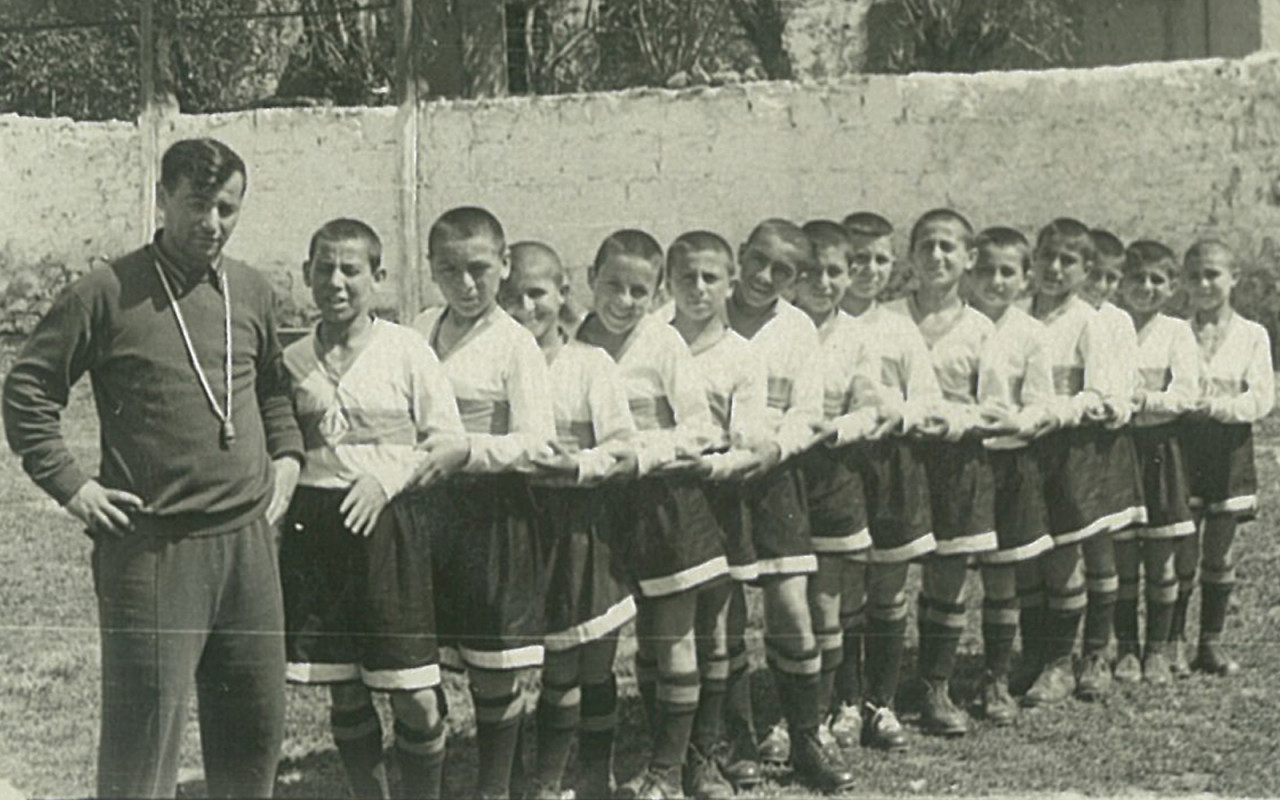 Two years later, he was appointed head of the school, which had already received a republican status, and a year later, in 1960, at the All-Union School Olympiad held in Minsk, the team representing his school, won gold medals.

In 1965, Edvard Grigoryan was awarded the titles of Honored Coach of Armenia and Honored Figure of Physical Culture and Sports.

THE FOOTBALL ROMANTIC AND DEVOTEE

In 1971, Ararat Yerevan became the silver medalist of the Soviet Top League for the first time. At that time, the team was led by Edvard Grigoryan. When talking about the coaching investments in the formation of the glorious Ararat, the names of Falyan, Ponomarev, Glebov, and Simonyan are mentioned, but they often forget that in 1968, Edvard Grigoryan was the senior coach of the Republic's main team. 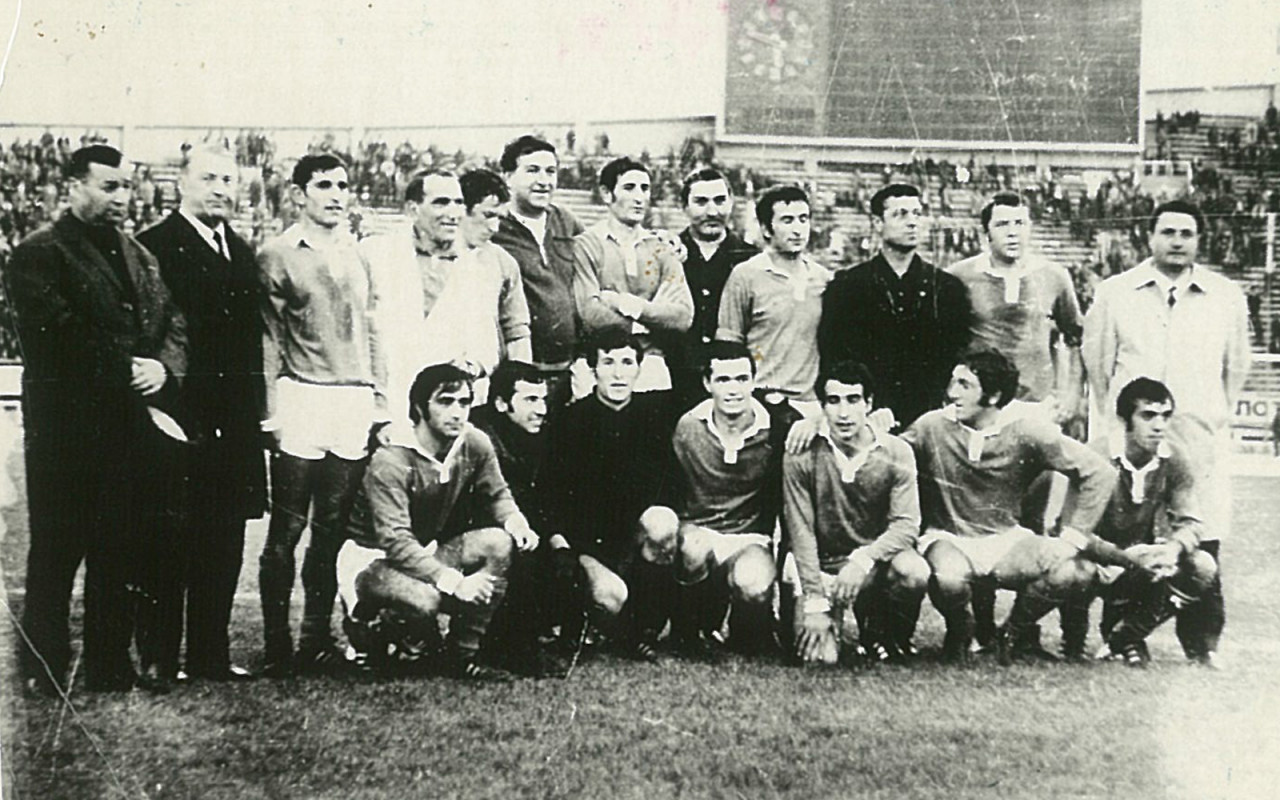 He took that position at the difficult moment when Artyom Falyan had left Ararat. Edvard Grigoryan kept the team's high position and handed it over to Aleksandr Ponomarev completely transformed. Together with him and Glebov, Grigoryan remained the manager of the team for another 4 years. 7 players of Ararat were students of Grigoryan's football school (Norayr Mesropyan, Aleksandr Kovalenko, Nikolay Ghazaryan, Suren Martirosyan, Sergei Bondarenko, Sanasar Gevorgyan, and Armen Sargsyan).

Grigoryan returned to the pedagogical field in 1972, once again leading the football school of Malatia administrative district of Yerevan, the construction of which he once led. 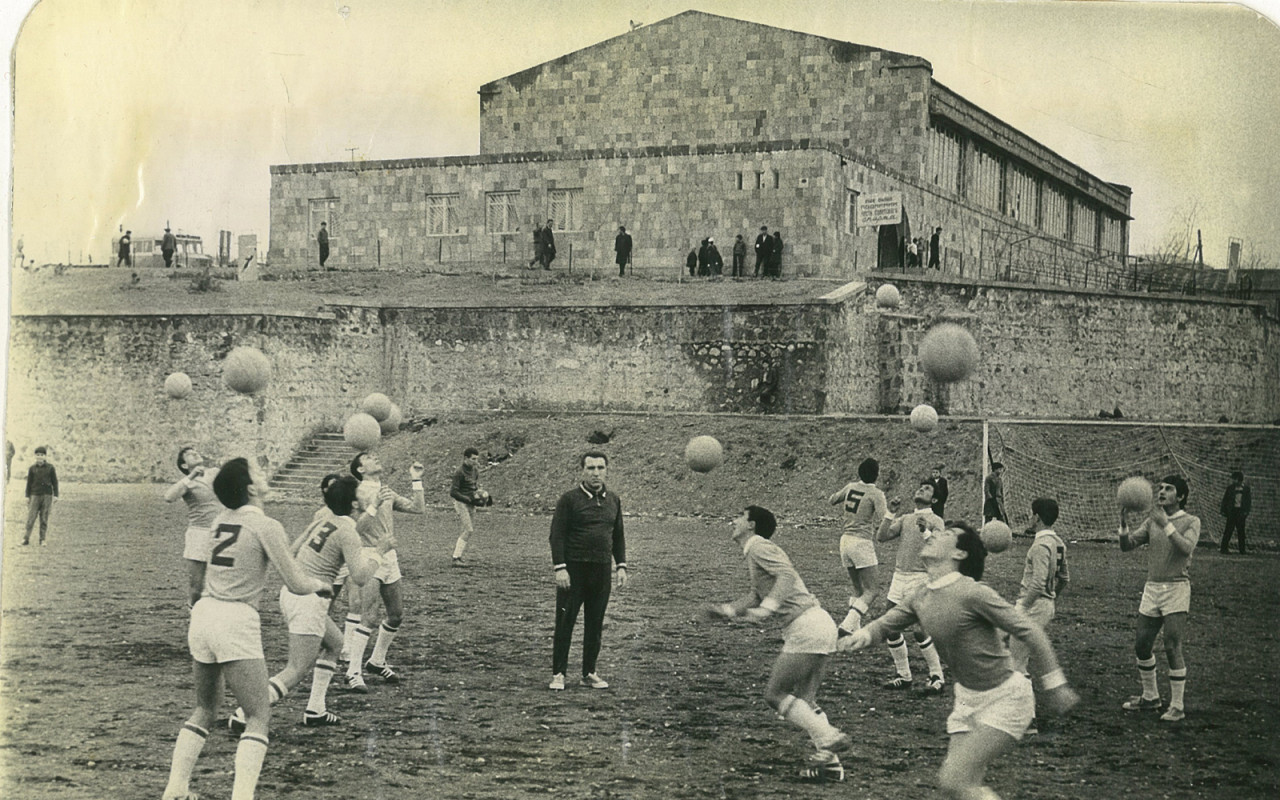 "As a legacy from the previous managing staff, he received a neglected economy. The sports reputation of the school was so low, that they even wanted to close it for being useless. The material base was in a miserable condition... The coaching and teaching staff was problematic," Armenian press wrote at that time.

Grigoryan was given full freedom in the selection of personnel, but he left all the former teachers, pushing them to work anew, and the attempt was successful. The team revived and began to work in a friendly atmosphere. 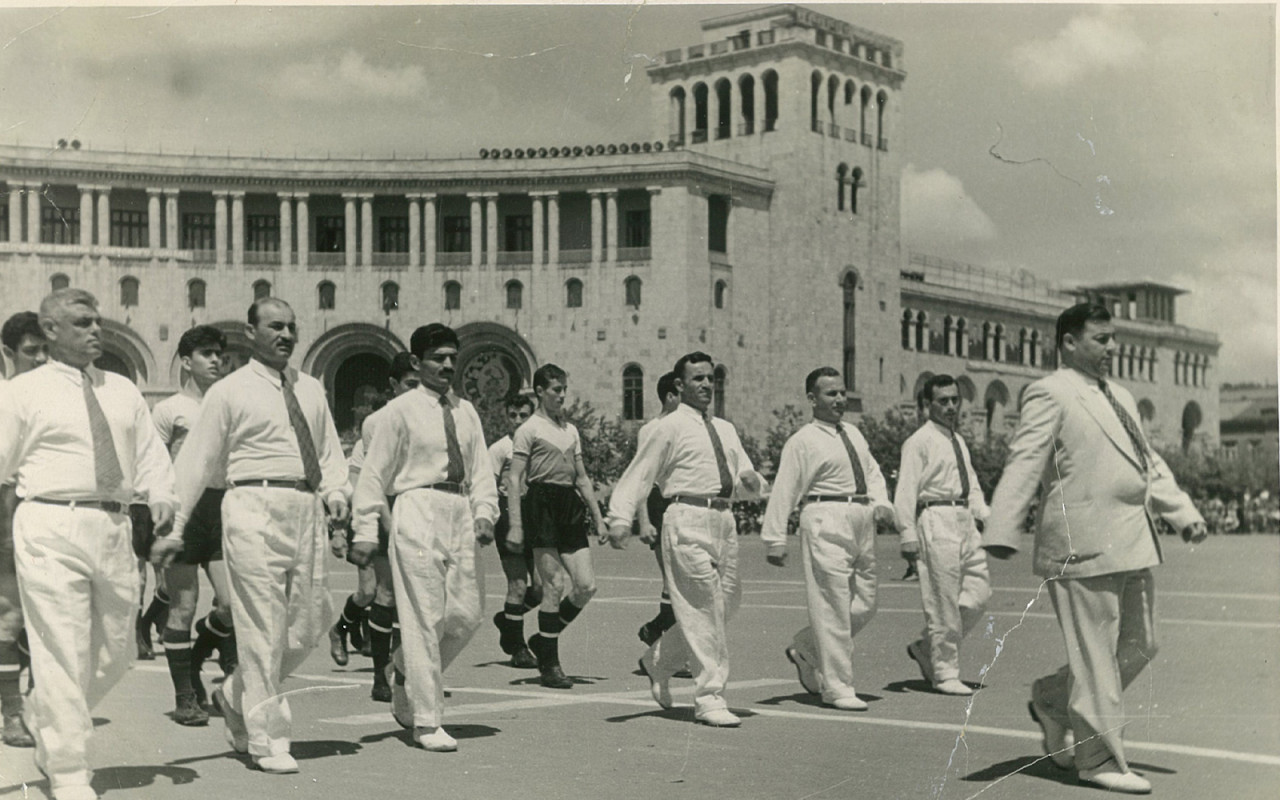 Grigoryan had diabetes, which he had inherited from his mother. He was only 59 years old. He said to his wife: "Lida, seems to me that my strongest part is my legs, but turned out they betrayed me."

GRIGORYAN IN MEMORIES OF HIS SON

Armen Grigoryan, the only son of Edvard Grigoryan, tells us in a conversation that thanks to his supreme will, his father was able to found the biggest training ground for Armenian football. 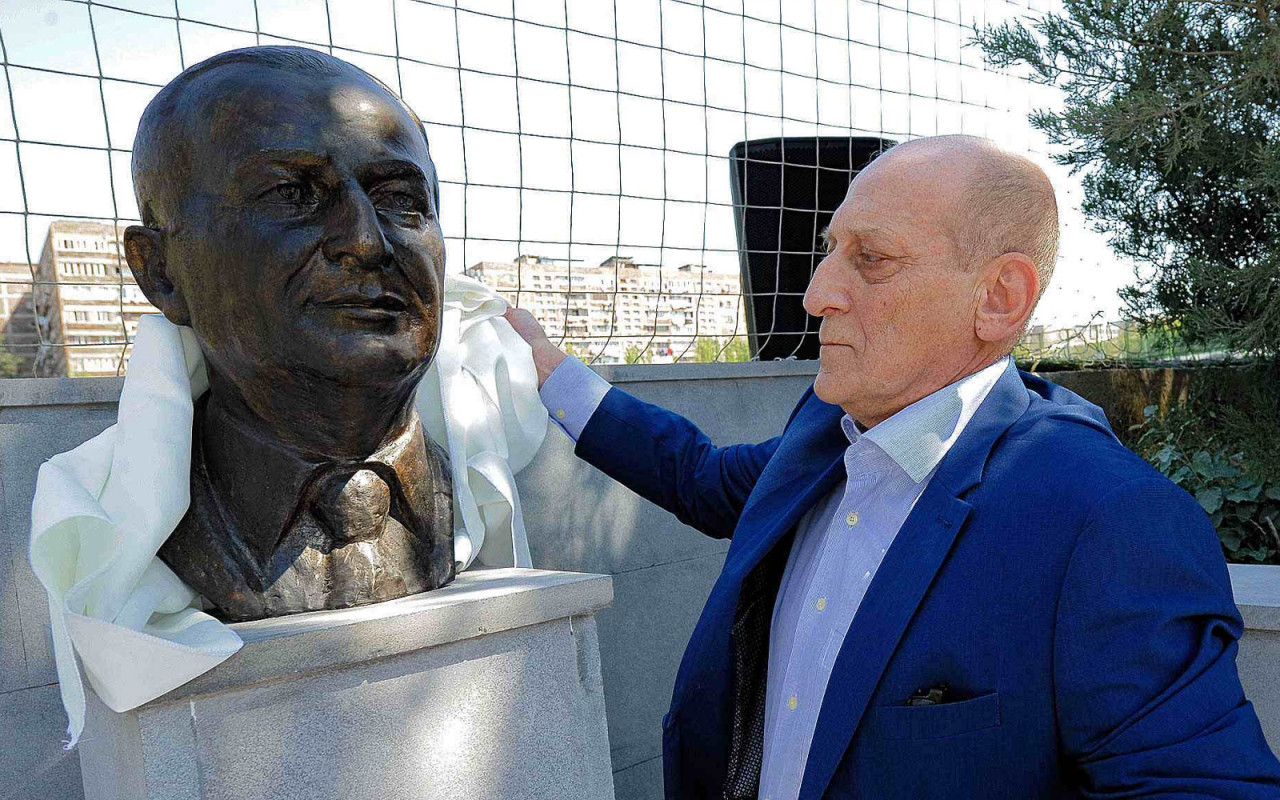 "On the territory of the training ground, there were collective farm gardens, when my father Grigoryan started its construction. The state did not help, there was no state funding, and he was doing everything with his friends.

There were apricot trees in the area of the training ground, and the harvest was quite good. When my father started the construction, that is, cutting those trees, the people of that area began to express great dissatisfaction. The matter even reached the point that he got a warning for cutting the trees, but during the extraordinary session of the executive committee he gave a speech in such a way that he convinced the audience that even if there is no apricot harvest, there will be a school and its "harvest" will be future athletes and their victories. 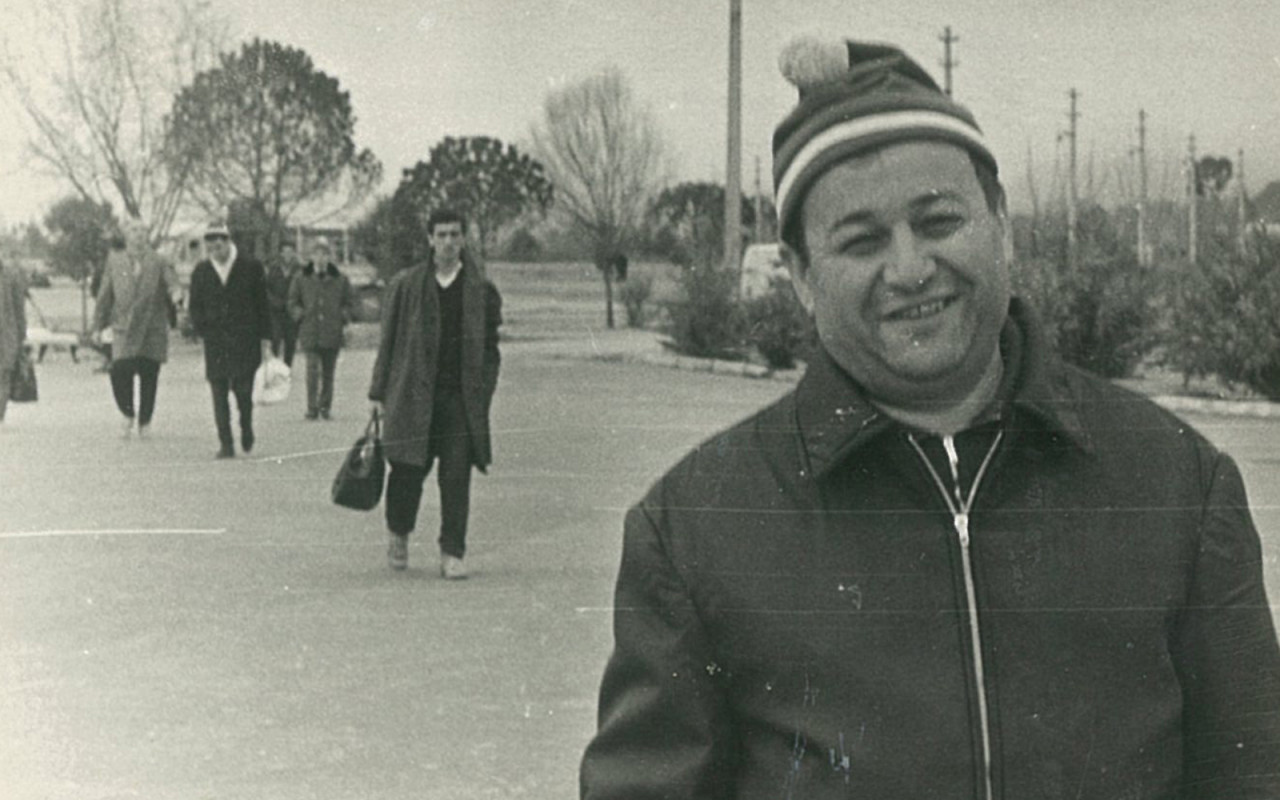 The main pitch, which is currently the first one, was prepared in the first place. Together with his trainers, he was personally engaged in the flooring. They used to go to Yeghegnadzor, pick up the turf and come back to floor the field. They had to be arranged very quickly because if they were dry, the grass would not "stick". They did this with the entire coaching staff, it was physically hard work. They would work under the scorching sun so that everyone's backs "got burnt", as they say in familiar language.

My father would come home and could only lie on his stomach. My mother would apply matsoun (a fermented milk product of Armenian origin) to his back so that he could sleep peacefully. The state did not support him with anything. My mother, Mrs. Lida, used to prepare food for the workers. She prepared the meal, put it in a copper pot, and Grigoryan's driver, Hakob, brought it to the workers as food.

He didn't give much importance to whether someone was a construction worker, a hole digger, a cleaner, or a deputy. All he cared about was that a person would really feel good within himself.

Grigoryan's efforts didn’t go unnoticed. He invited Larisa Stepanyan, Deputy Chairman of the Council of Ministers of the ASSR, to a tour of the construction site. Seeing the pace of ongoing work and the essence of what happened, she decided on the spot to help financially. 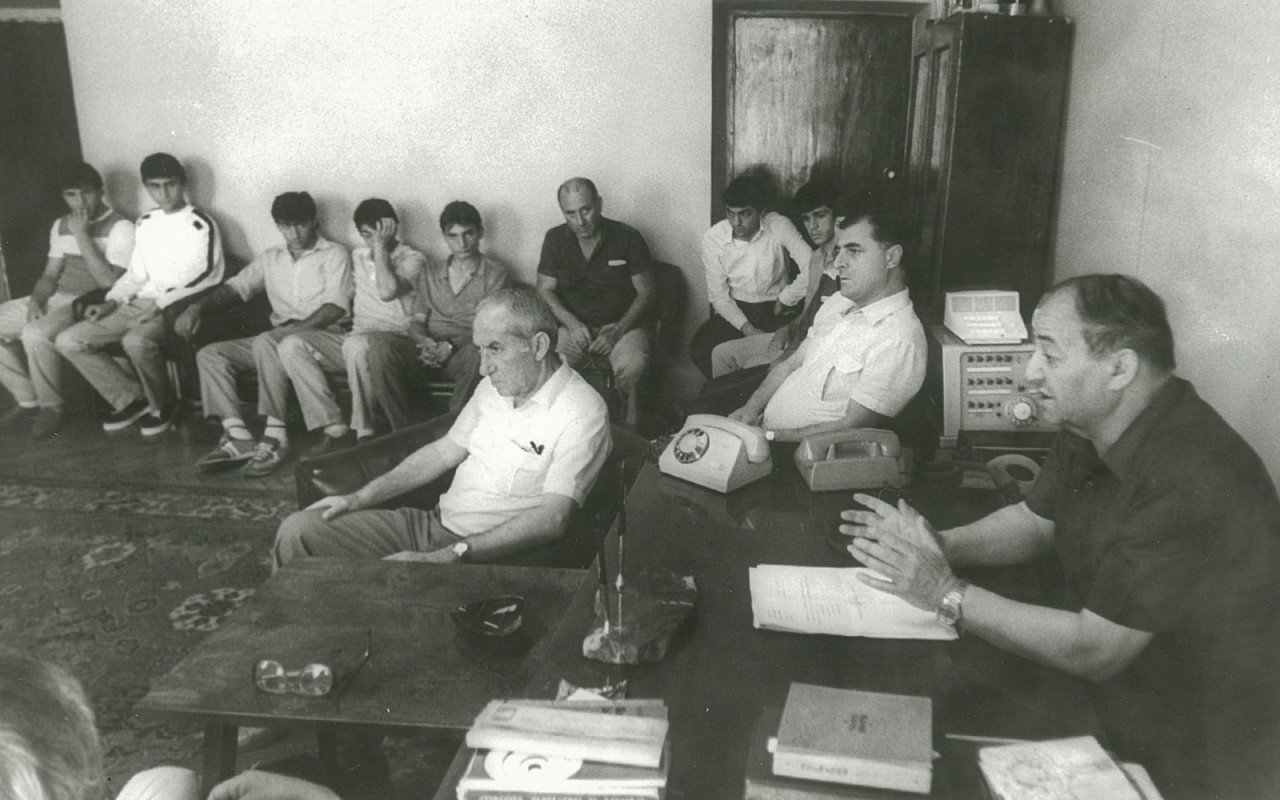 Everyone was involved in the construction of the stadium, even the former famous football players, who had a great reputation among the fans, worked all together to establish the republican football training school. A lot of work has been done on the school.

In 1984, he was awarded a car by the Olympic Reserve. I was driving, because he wasn't that much into it. He would come home from work, rest a little, and then say: "Get up, let's go to school!"

- But you just came!

He was exceptionally devoted to his work and remained loyal to his principle, which was that if you want to succeed in any business, you must give all of you to it. He used to say: "If you don't dedicate yourself, it won't work..."

Grigoryan dedicated his life to the establishment of a football school and the results of that work are outstanding."

On September 7, 2021, the opening ceremony of statuary took place in the training ground of Urartu FC. The bust of the school's founder-director Edvard Grigoryan was placed along with the statues of legendary football players Hovhannes Zanazanyan, and Arkadi Andriasyan, as well as the bust of Simon Israyelyan, a hero of the Artsakh 44-day war, awarded with a Medal of Valor and a long-time employee of Urartu FC. 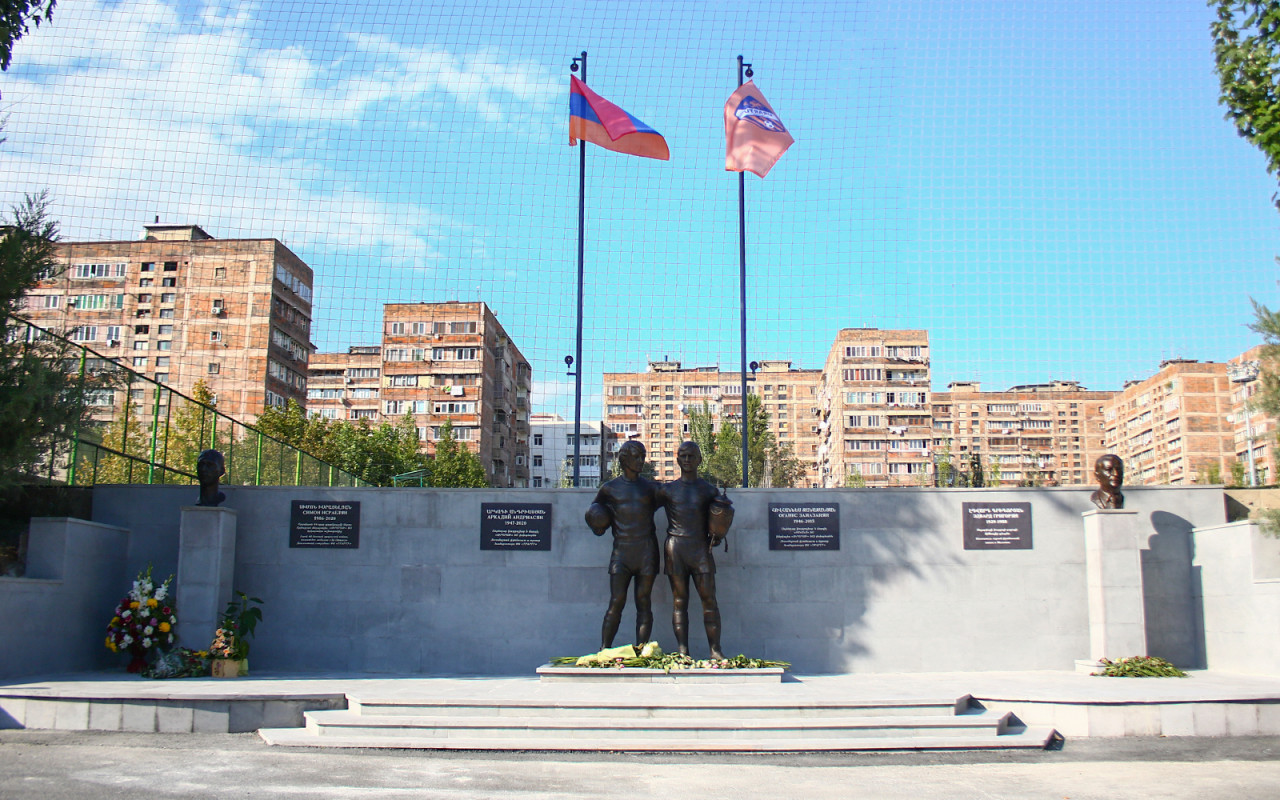 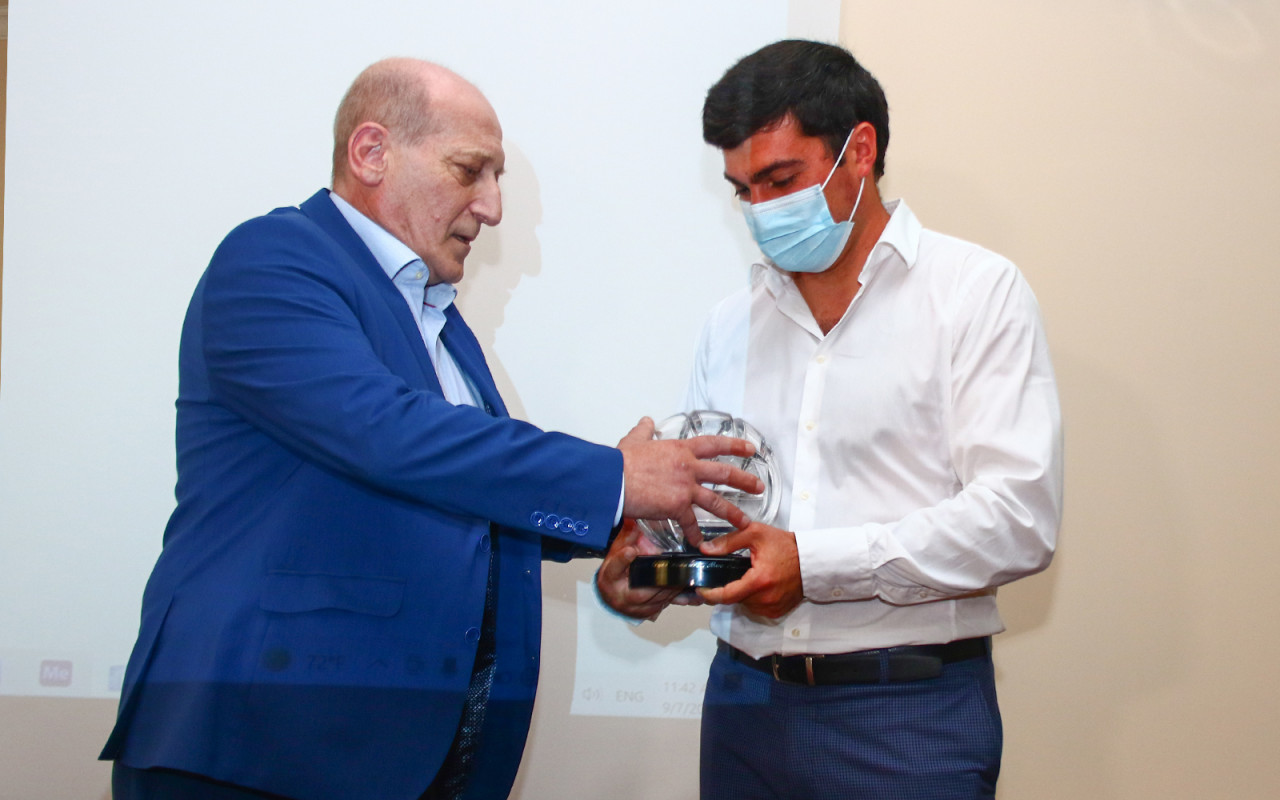 The media department of Urartu FC has prepared a short documentary film about each of statuary members. Watch the film below.