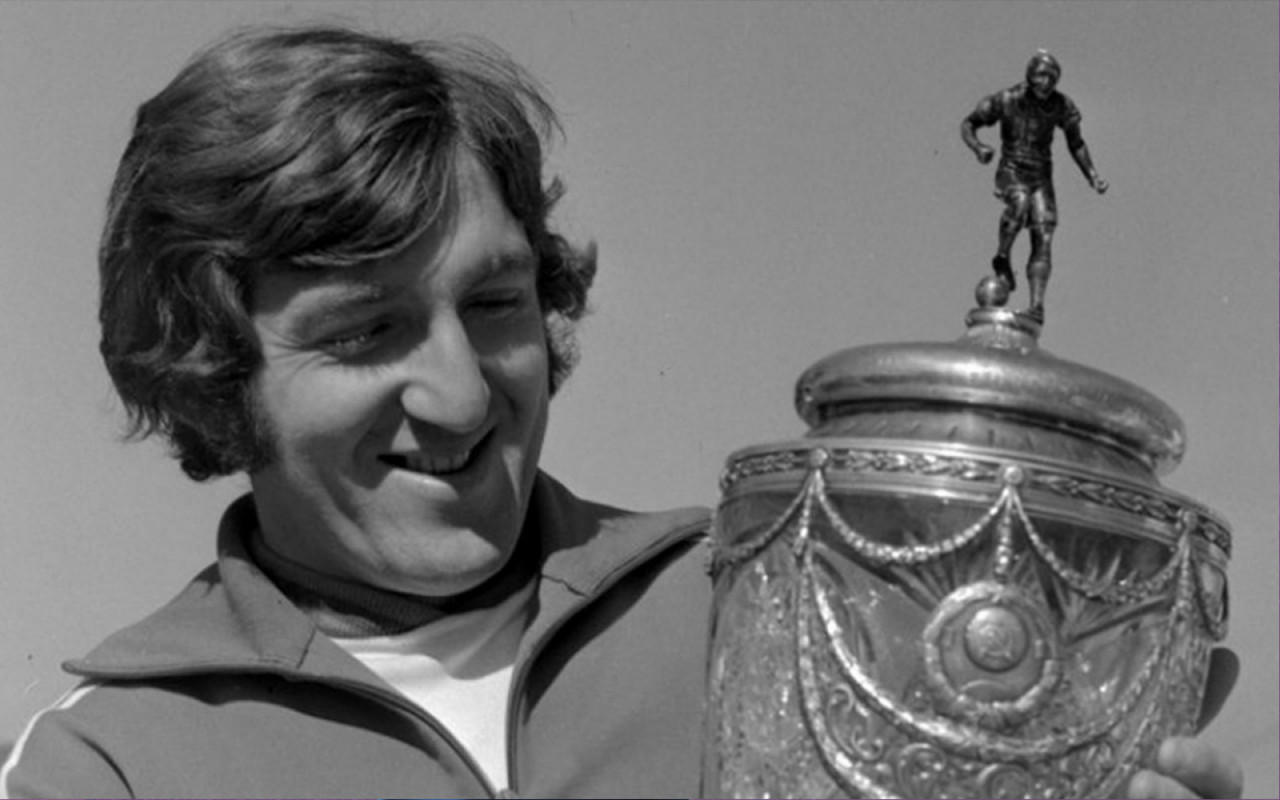 Andriasyan played in lower-level leagues in Kapan, Gyumri, and Sevan, and in 1969 he finally got to Ararat. Aleksandr Ponomarev saw him as the future star of USSR football. Andriasyan made his debut for Ararat on April 4, 1969. During that match, Ararat FC lost 1-4 to Dynamo Kyiv at the Republican Stadium, and scored the first goal already on April 23, in an away match against Krylia Sovetov (1-2). 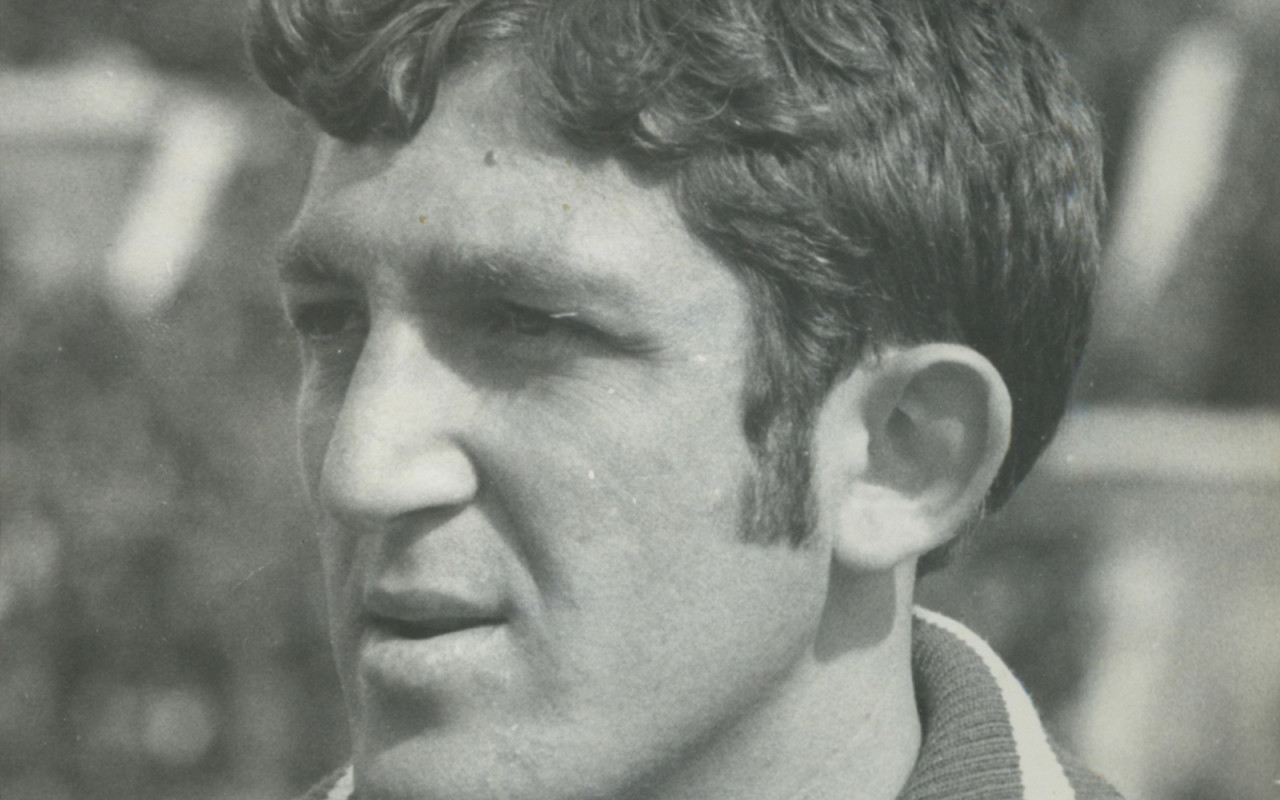 Young Arkadi Andriasyan before a match

In Ararat, the attacking midfielder gradually became the team's leader and the top-scorer. His game caught the attention of the USSR national team coaches. In 1972, Andriasyan and his teammate Hovhannes Zanazanyan were invited to the USSR team, which was supposed to participate in the Munich Olympic Games. Andriasyan and Zanazanyan returned from Germany as Olympic bronze medalists.

The following year, the titles were increased by two. For the first time in history, with its legendary team, Ararat became the USSR champion and cup holder under the leadership of Nikita Simonyan. With his 13 goals, Andriasyan, became the top-scorer of the team and came second in the voting as the best player of the year in the USSR, leaving Oleg Blokhin ahead of him.

In 1975, Ararat reached the UEFA European Cup quarter-final, where it had a match with one of the strongest clubs of those years, Bayern Munich. In the first away match, Ararat lost 0-2 and managed to win 1-0 in a home match at Hrazdan. In the 37th minute of the match, Andriasyan surpassed Franz Beckenbauer in the aerial duel and scored on Sepp Maier's goal post. Ararat was left out of the competition, but that goal and the victory remained forever in the memory of football fans.

"I would single out number 6 from the Armenian team. He is a top notch player. I just dream of having such a player," Dettmar Cramer, the head coach of Bayern Munich said after the match.

A year later, Ararat repeated the cup success due to Andriasyan. The club was gradually losing its leading position in Soviet football, but Andriasyan's brilliant game helped the team to once again reach the cup finals in 1976, win a silver medal in the spring part of the championship, and the player himself became the top-scorer. 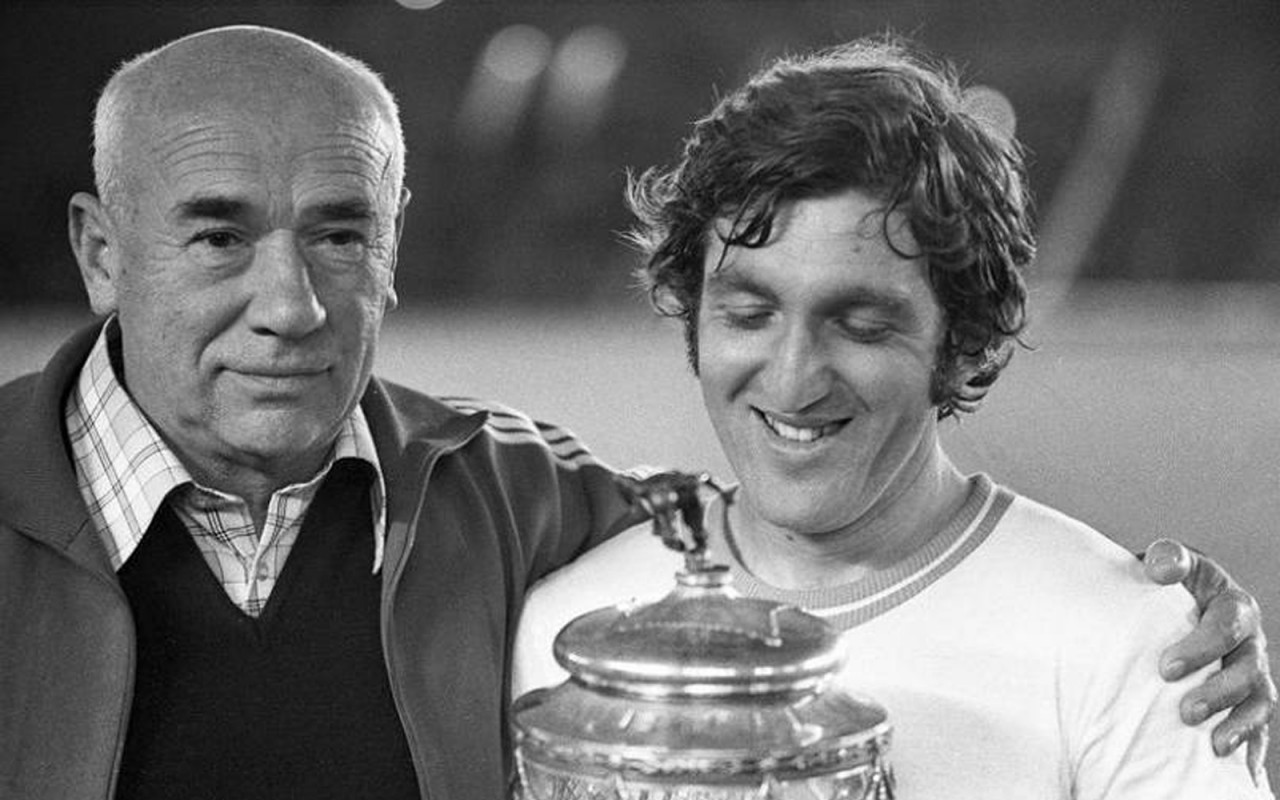 In 1978, Andriasyan ended his career as a player and started coaching at FC Kotayk Abovyan. During his coaching career, he led a number of Armenian and foreign teams, including the Homenetmen Sports Association Lebanon, with which he won the Lebanon Cup, but his main coaching activity was related to his dear Ararat, where he returned 5 times. With Ararat, he became the winner of the Armenian Cup in the 1996/97 season.

In addition to coaching, Andriasyan also held the position of the vice president of Ararat FC and was involved in the selection of the club for different years. Thanks to Andriasyan, Brazilians Marcos Pizzeli, Renato, Juliano, and Alex appeared in Armenia. Marcos and Alex later received Armenian citizenship and joined the national team. Marcos also became one of the leaders of the team. 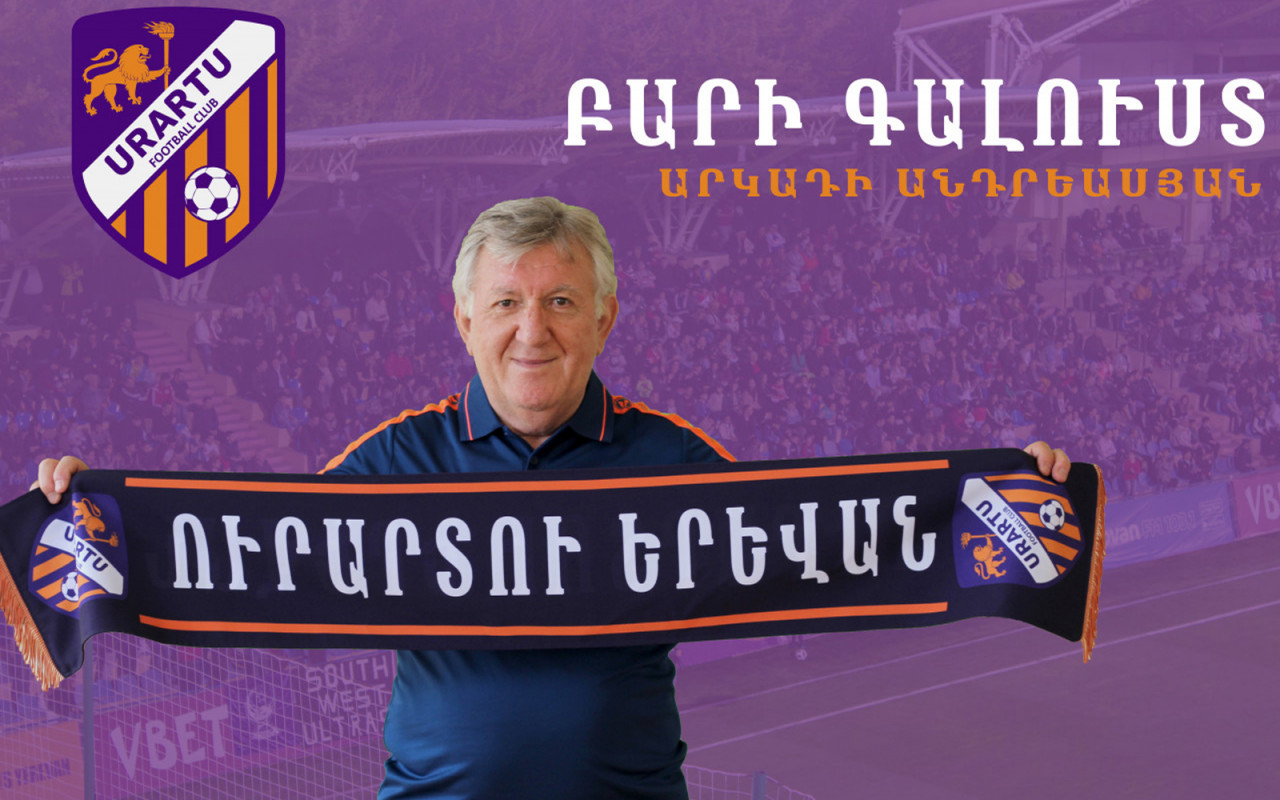 Arkadi Andriasyan started working at Urartu FC on August 19, 2019, initially as the club's deputy director for sports development, and from June 2020 he was the advisor to the club's general director Hrach Aghabekyan.

Arkadi Andriasyan passed away on December 23, 2020, at the age of 73. The news shocked everyone and one of the first to respond was FIFA President Gianni Infantino, who stated the following in a condolence message sent to the FFA President Armen Melikbekyan․

"We will not forget and will miss Arkadi Andriasyan's football heritage, achievements, and in particular the qualities of a leader and his personality," he wrote.

On the initiative of Urartu FC, on December 24, 2020, at the former Mika sports complex, flowers were layed at the statue of the legendary football player and coach Arkadi Andriasyan. 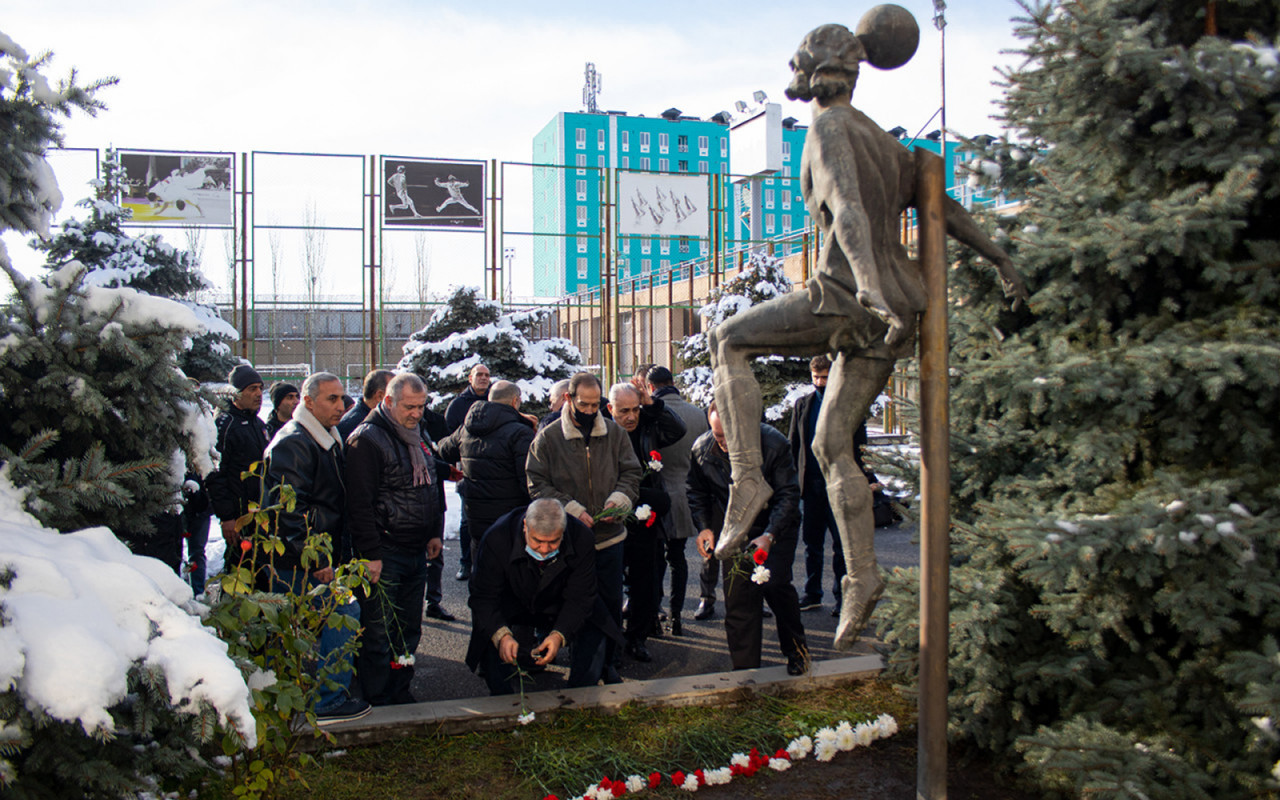 The legendary players of Ararat-73 Nikolay Ghazaryan, Sergei Bondarenko, Sergey Poghosyan, and Norayr Mesropyan, as well as veterans and fans of Armenian football participated in the ceremony together with the staff and the youth players of Urartu FC. 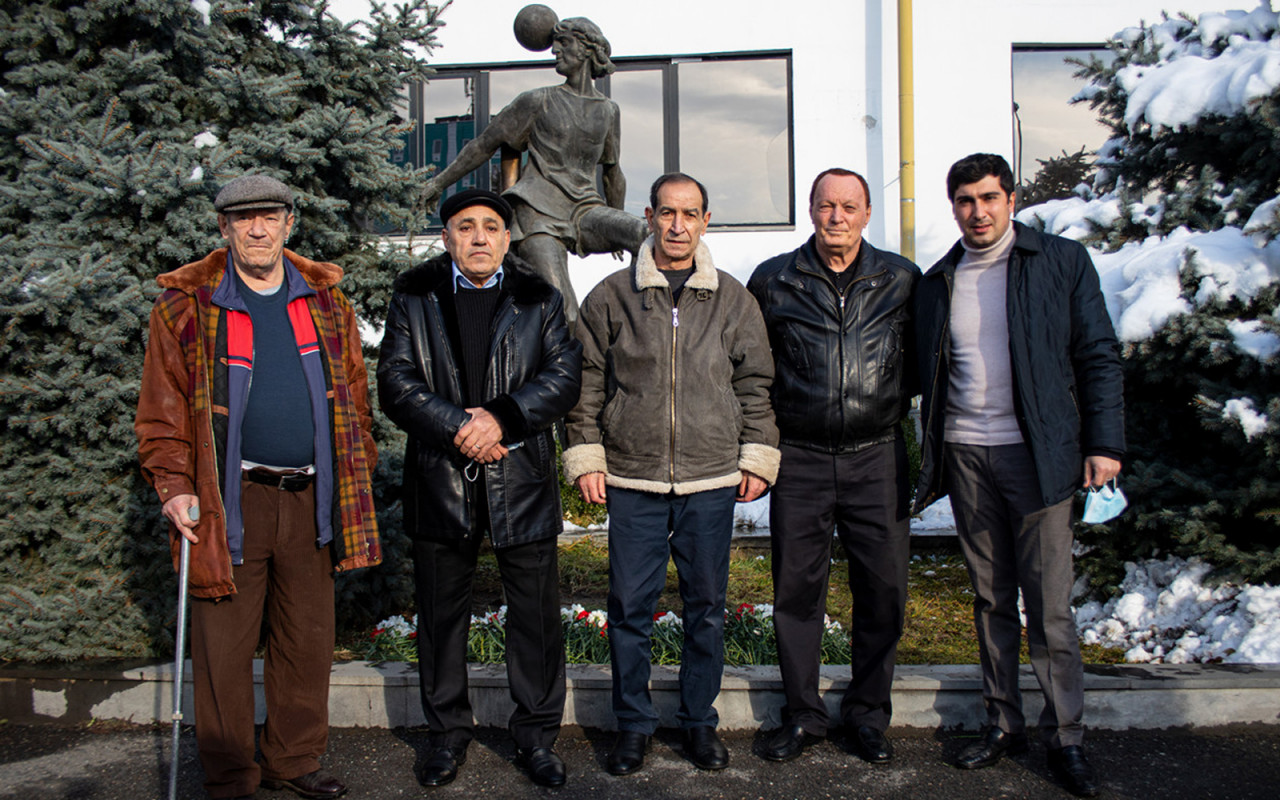 Former General director of Urartu FC Hrach Aghabekyan with the legendary players of Ararat-73 in front of the statue of Arkadi Andriasyan (from left: Nikolay Ghazaryan, Sergey Poghosyan, Norayr Mesropyan, and Sergei Bondarenko)

At the end of the ceremony, the participants wrote down the words of their hearts in a special memorial book dedicated to Andriasyan. It is worth mentioning that on September 7, 2021, the opening ceremony of statuary took place in Urartu training ground. The statues of Hovhannes Zanazanyan and Arkadi Andriasyan were unveiled alongside the busts of Edvard Grigoryan, the founder of the Republican Football School, Simon Israyelyan, the hero of the 44-day Artsakh war, and a longtime employee of Urartu Football Club. Every year, on the birth and death days of Arkadi Andriasyan, the staff of Urartu FC lays flowers at the statue of the famous player.

DZHEVAN CHELOYANTS: "I HOPE THAT THE PERSON WHO EXCEEDS ANDRIASYAN, WILL GROW IN OUR CLUB"

In his speech during the opening ceremony of the monuments and pitches in Urartu FC, the president of Urartu Dzhevan Cheloyants said the following:

"First of all, I want to thank you all. Thank you for not forgetting our heroes. I cannot call them any other way. In my club, I always say that our task is to prepare good football players and coaches, but the main task is to prepare people so that they are worthy of their homeland and state. That is the main goal of our club. 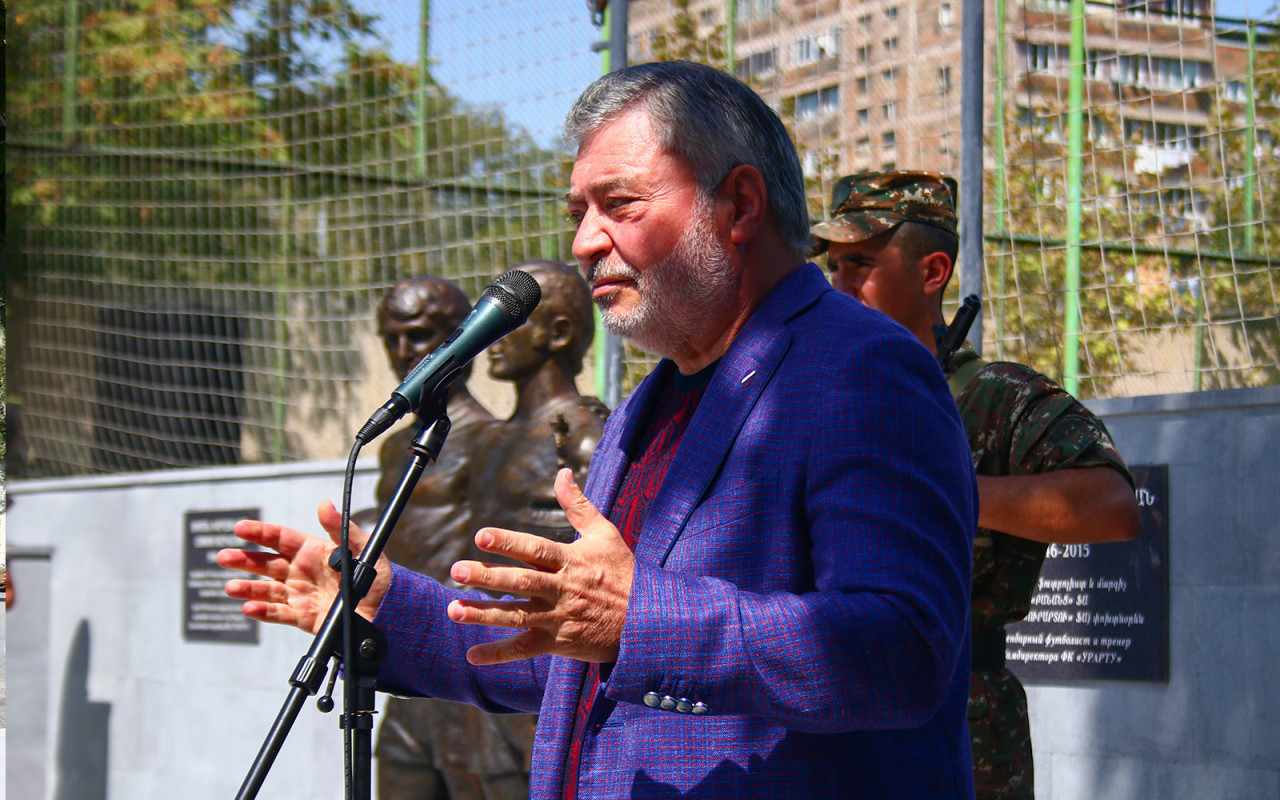 I won't talk about each of these people, but I can't help saying these words, because this is my personal opinion since the time when I was young, up to adulthood, and now. I want to say a few words about Arkadi Andriasyan, a very controversial person.

It is true that he had a very difficult character, but he is the greatest football player in the history of Armenian football. Even now, having Mkhitaryan, Andriasyan still the greatest and he is unbeatable. I want someone to surpass him, and I really want that player to grow in our pitches. I'm saying he is the greatest, because he created his own unique style. Not the game, but the style. That must be clear.”

THE MEMORIES OF ANDRIASYAN’S TEAMMATES

"When I came to Ararat, I immediately realized that this boy had a special talent for passing. His passes were soft, elastic, comfortable to receive, but also tricky. The opponents' defenders did not always guess his moves. Sometimes it seemed that he was holding the ball and "delaying" the pass, but he was doing it not because he didn’t notice his teammate, but simply because he didn't want to take a step obvious for his opponent. Holding the ball, he was looking for the best continuation of the attack development. When teammates were offering better options, the delivery of the ball was not delayed. Arkadi Andriasyan was a creative player. I have not met such a player not only in the USSR, but in the whole world." 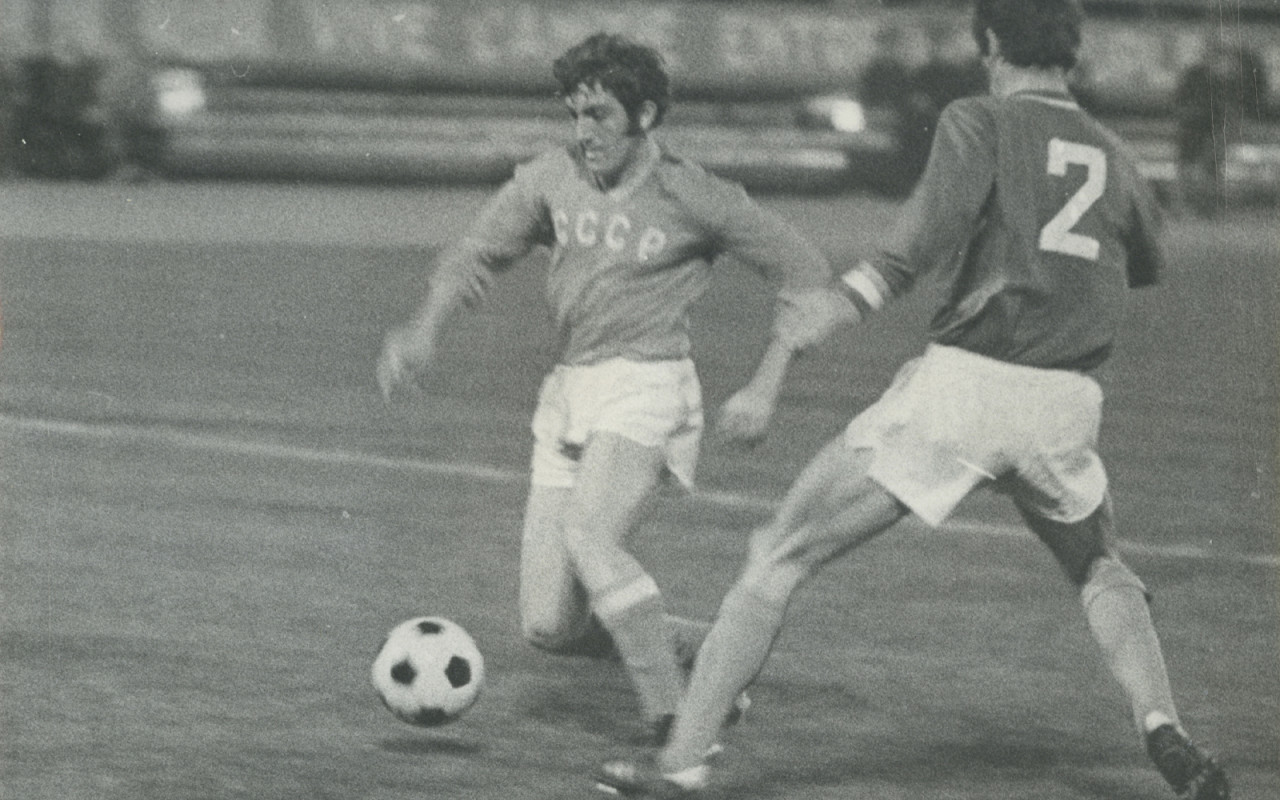 Andriasyan is on the attack

"During the years of the USSR, football players did not always behave like professionals, but Andriasyan was a professional with a capital letter."

"Arkadi Andriasyan is the pride of Armenia. He was one of the leaders of our "golden" team, an example for future generations, both as a player and a person. He was someone with principles and honesty. I am proud to have played with him on the same team."

"Arkadi Andriasyan was one of the best not only in Ararat, but also in the USSR. With his professionalism, he deserves to be ranked among the greatest players in Europe."

"Arkadi Andriasyan is an example of a football player. He was fanatically devoted to football and whatever he did, was wonderful. On the pitch, where I used to play next to him, I would often forget about the game, getting carried away by his virtuoso play. When on the pitch, he was creating, and we were working. He was different from the players of the USSR with his brilliant game. He was an international football player, there just weren't the same media opportunities as now. Today, many mediocre football players are getting glory thanks to advertising. And Andriasyan was really a virtuoso in his work."

"Arkadi was a prototype of a perfect football player. He was physically strong, had excellent technique, and powerful shots, including headers, as well as an ability to see the pitch perfectly. He scored many beautiful goals, which were often crucial. His trainings and the way of following the schedule of the day can be an example for everyone." 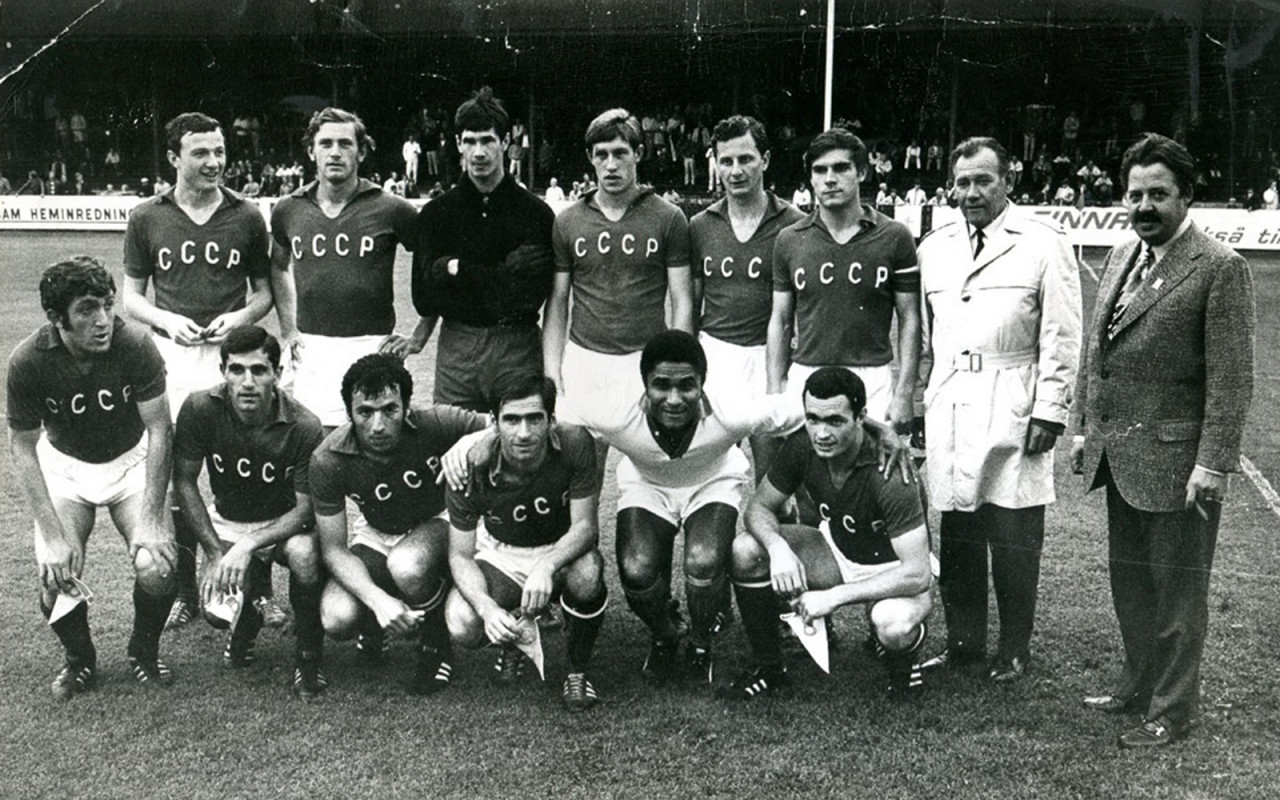 1971 USSR Olympic team. In the bottom row, the first one from the left is Arkadi Andriasyan, next to him it's Hovhannes Zanazanyan, and the 6th is Sergei Bondarenko, who is friendly held by the legendary Portuguese football player Eusébio

"Andriasyan is every coach's dream. He was a football genius with a winner's mentality. In difficult moments, he would lead the team, and take responsibility for the game. Arkadi was gifted with skills typical for a dispatcher, he was the conductor of the team."