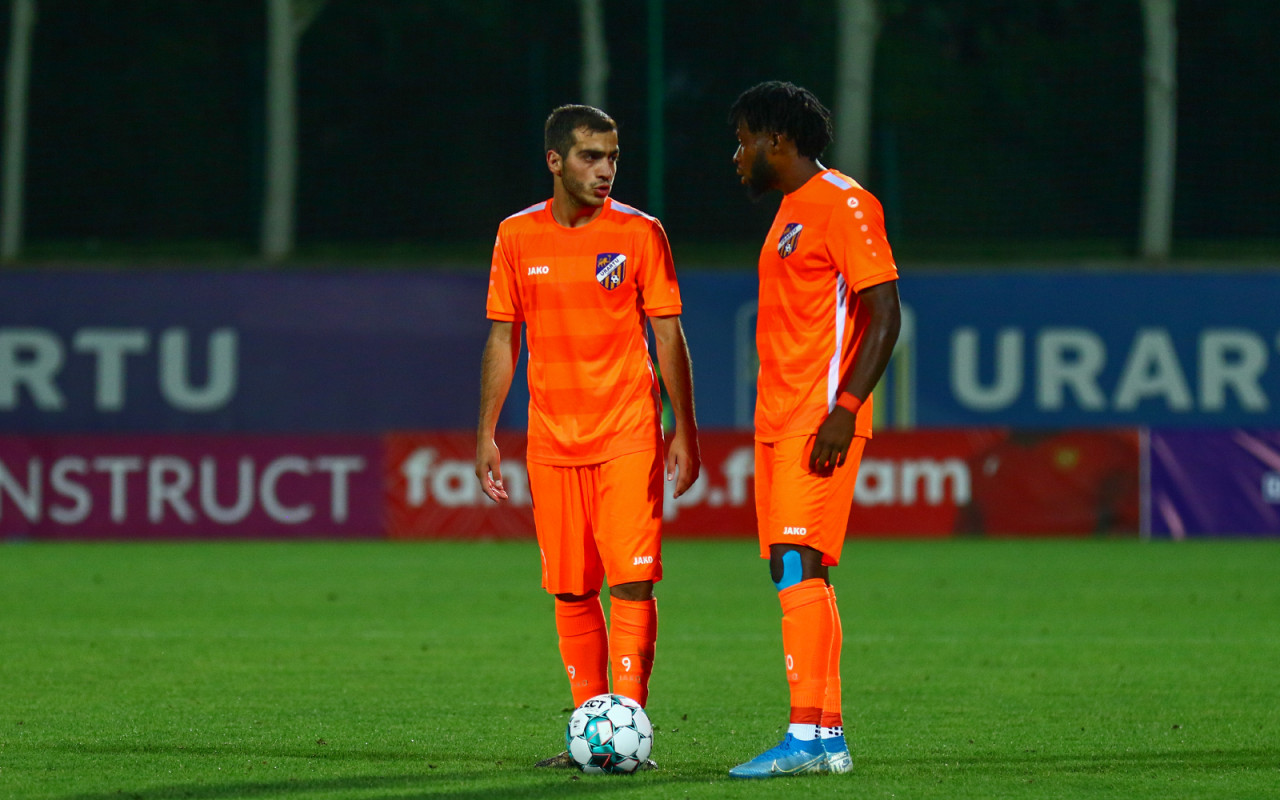 While there is a break in the championships, let's take a closer look at what statistics Urartu FC has achieved in the current season.

In the 2021/22 Vbet season of the Armenian Premier League, the performance of our team in terms of ball control is the highest. Urartu has a coefficient of 59.4%, which surpasses the second-place football club Ararat-Armenia (57.3%), as well as Alashkert (52.8% each), which closes the top three.

According to statistics, Urartu FC shows the best results playing at home. In 6 home games of the current season, our guys conceded only 4 goals. With this result, the team is the only one among the 9 participating teams.

IWU AND AGHASARYAN ARE THE BEST BY THE NUMBER OF PASSES

In the first part of the championship, Urartu FC midfielders Ugochukwu Iwu and Narek Aghasaryan have the best number of passes. The leader is a Nigerian footballer with 1057 passes, followed by Aghasaryan with 877 passes. Ararat-Armenia FC defender David Terteryan closes the top three with 796 passes. In general, our team made 8284 passes in the first part of the current season, for comparison, Ararat-Armenia FC, which is in second place, made 7574 passes.

ONE OF THE YOUNGEST TEAMS OF THE CHAMPIONSHIP

In the 2021/22 Vbet season of the Armenian Premier League, Urartu FC is the second in terms of the average for the youngest squad: second only to BKMA, whose average age is 21 years and 8 months, our team has an average of 24 years and 5 months.

LULUKIAN IS THE YOUNGEST FOOTBALLER TO SCORE A GOAL