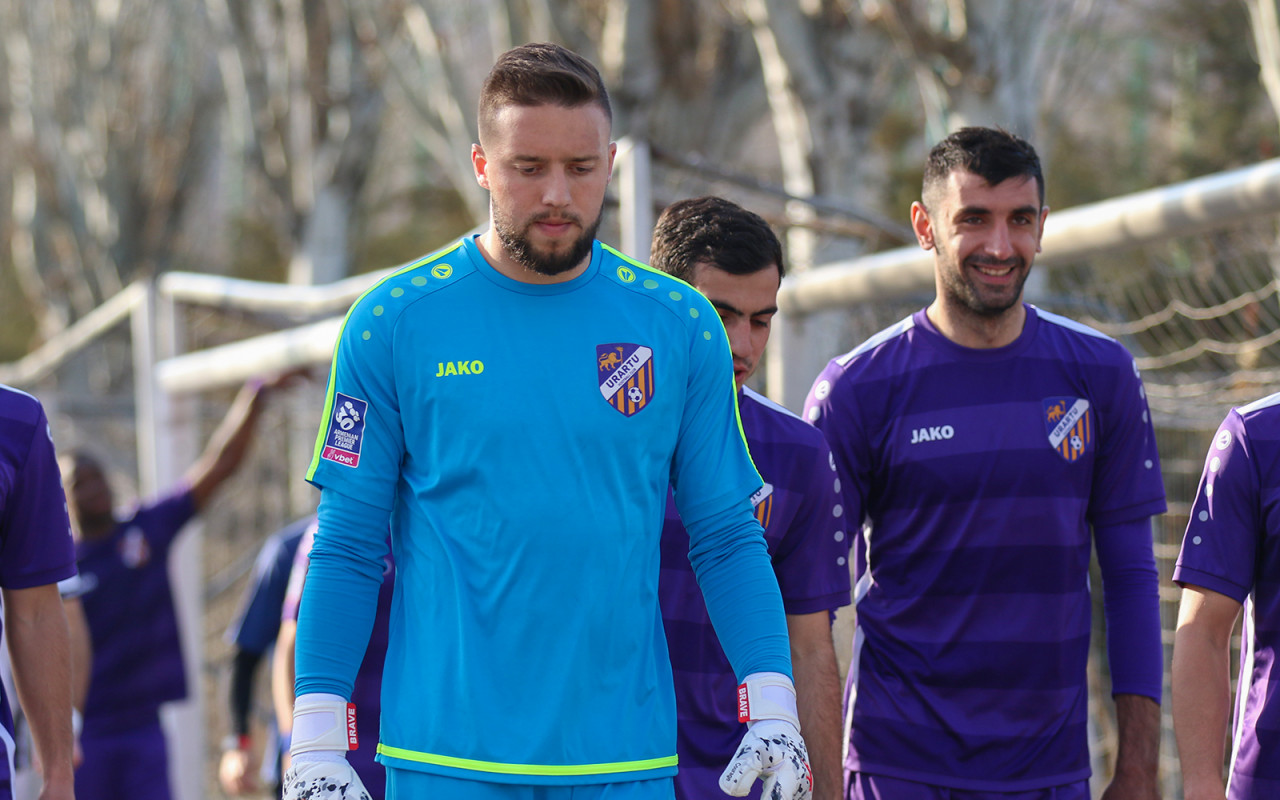 ANATOLII AIVAZOV: "I HOPE WE WILL HAVE MANY VICTORIES AHEAD"

The match against Noravank SC became a jubilee for Urartu FC goalkeeper Anatolii Aivazov. The footballer played the 150th official match in his career. In a conversation with Urartu media, Aivazov spoke about his physical state, upcoming matches and other things․

ABOUT THE MATCH WITH NORAVANK SC

“We performed well in the first half, after the goal we gave the initiative to the opponent a little, but at the same time we still had chances. And in the second half, I think, the team physically sank, and Noravank SC was able to put pressure on it and snatch a draw.”

“We had a good training camp, it just didn’t last long. It would be nice to have more friendly fixtures there, specifically international ones, but we were able to survive the maximum of what we had. I am in good physical shape, took part in the matches during the training camp, in all training sessions. In my opinion, I am completely ready.

I am happy to play the 150th official match of my career, it would be nice if my anniversary match ended with a victory, but I hope we have many more victories ahead of us.”