Artur Miranyan was born on December 27, 1995 in the village of Martuni. He started playing football at the age of 7, attending the football academy of Shakhtar Donetsk. As part of the Shakhtar U-17 team, Miranyan becomes the winner of the Ukrainian Youth Championship, and is also recognized as the Top Scorer of the season. The player receives the same award in the Shakhtar U-19 team.

In the 2014/15 season, the striker moves to the Macedonian Vardar FC, where in the same year he becomes the champion of Macedonia. In 2017, Artur Miranyan moved to Armenia and signed a contract with Pyunik Yerevan FC, in which he has been performing for three years.

During the 2021 winter transfer window, Miranyan moves to Urartu Yerevan Football Club. Miranyan plays his first official match with the club in the match of the 16th round of the VBET Armenian Premier League against the Ararat-Armenia Football Club.

In 2014 he was first invited to the national team of Armenia. 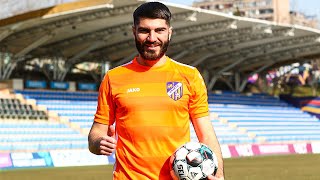 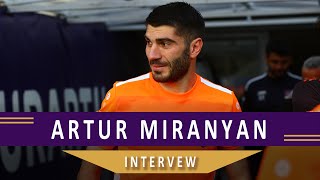 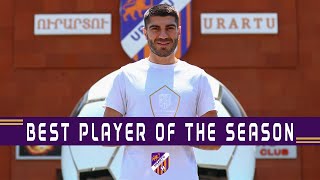